Most of us, by now, know that Christina, or Mama Tina as she is known by her 'babbies' – the untold number of children that she has saved from neglect, poverty and abuse over the last 25 years – is a survivor. A survivor of every kind of hardship one can possibly imagine. She grew up poor in Dublin's Liberties, lost her adored mother at ten years old and was subsequently separated from her alcoholic father. She and her siblings were separated and placed in care by the courts. She spent the rest of her childhood suffering the worst that this country's institutions have perpetrated. They all did. Each of the siblings at one point believed the others were dead. 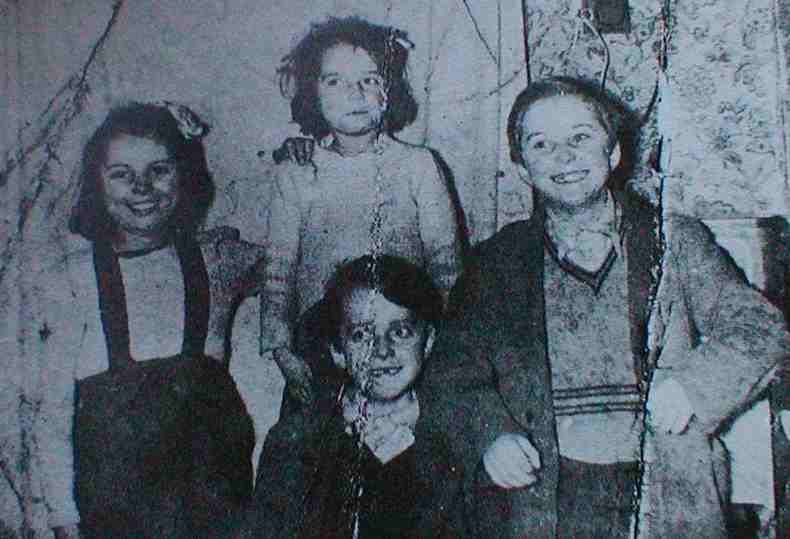 "All we did was lose our mum; we committed no crime. I really can't begin to tell you the life that Philomena and I suffered in the orphanage," her sister Cathy tells me, "Our dad was gone, our mum was gone, our sister was gone. You can't imagine the trauma that causes children."

As Philomena says; "When you don't have all the things in life. The confidence, the skills the education. When you are in a survival mode from the time you were a child, captured little memories become the air that you breath – all you have to sustain yourself."

In A House That Ceased To Be charts the reunion of Christina with her remaining siblings; Cathy, Sean, and Philomena, who have not been all together in 53 years. The film is painful and provocative, yet at the same time redemptive. Each of the siblings was damaged in ways that most of us can't, and don't want to, imagine. They each are suffering the long-term effects of abuse, abuse that Christina has strived to prevent happening to other children.

"It broke me; it broke my heart, and I don't think it is something that can ever be repaired. But you just go through life don't you," Cathy tells me, in her quiet, measured words.

The fact that Christina is a renowned, and respected humanitarian and founder of the Christina Noble Children's Foundation is nearly incidental to this story. This film is a meditation on how robbing a child of their family and childhood, robs them of their identity and place in the world. As Christina says: "We don't belong anywhere", and her sister, Philomena echoes this, "it's always been a heartache." This is the next step in their story.

"Think about a pain as a frozen waterfall," Christina tells me, "I think that the film has melted it a tiny bit, I'm hoping that this is the beginning of a thawing because (what happened) had a terrible effect on their lives".

Making the film, shot over five years, "was wonderful but painful...there was a lot of stuff they didn't show which would've been too heavy for people", says Christina. 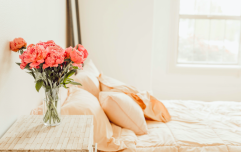 END_OF_DOCUMENT_TOKEN_TO_BE_REPLACED

Philomena says watching the film was "strange" and describes the pain of seeing her brother cry, while Christina worried about Cathy, "I think my sister, Cathy, was in shock. She couldn't take it all in, it was so raw for her". The siblings each talk of the other's pain and strength, rarely acknowledging their own.

At times the documentary places us, the viewer, in the role of intruder and makes for deeply uncomfortable viewing, but for Philomena the cameras were insignificant, "We were just looking at each other and taking each other in. I know I love you, but tell me something about yourself," she explains.

Even, after all these years, the family connection is powerful. Each of the sisters speaks with the same mannerisms, though with subtle differences. Christina is emphatic in her tone, Cathy, just a little softer, Philomena is earnest with a slight Canadian lilt and each of them have an incredible way with words that belie a background of deprivation and poverty. As Philomena says, "Seeing my brother or sister say something is like meeting strangers that I already love. I love these people, but we don't know each other. But, there is such a powerful connection. There's a compass in each of our hearts, and it all points to each other".

Christina, the oldest, feels maternal towards her siblings. All through her work with her foundation, she is saving thousands of children every year but is haunted by the fact that she couldn't save her sisters and brother.

"I am looking now at two children, the way they sit, their voices, the way they look at you sometimes. Everything about them is like the two little kids that I looked after when they were small."

With In A House That Ceased To Be, Christina wanted to tell their story: "The horrors they went through, with no one to tell. And I pray that this will give them a little chance to feel that there is some justice. That they have a voice."

"They came out and carried the shame of being locked up and hid everything."

So did Christina, herself.

"It was an incredibly hard road, but would I change it? Never, never, never. I do count myself very lucky. And I'm not just being nice I am being really honest. And what have I got out of it? I built myself; I've gone everywhere...What a wide open mind I have about the world! I thank God for letting me be me. I thank my mummy and my father, who was very irresponsible but at the same time I still thank him."

"Perhaps everything that I have endured myself has also added that strength and that courage and that determination to fight for the rights of the children. We have an amazing team of people; I am so proud of all of them. Everyone who works for the foundation, in my name, has to love the children, and I mean really love them. They are the reason for this foundation."

Love is at the heart of Christina's ethos. She reads to me from a letter one of the children rescued by the Noble Foundation wrote to her:

"You took me on the first step and I was so scared. Today I am a young man who has qualified from university. I understand love. I understand to be loved and to give love, I didn't understand it before, Mama Tina, you gave me back my life."

In A House That Ceased To Be is out 13 March visit the IFI website.


popular
13 super sweet baby names many parents haven't discovered yet
This jam drop cookie recipe will keep the whole family entertained (until they start asking for more)
Revealed: The most popular baby names from 5 different countries in Europe
The top baby names (so far) of 2020 are in – and we have spotted a trend
14 gorgeous baby names inspired by locations all over the world
Lockdown babies: Parents are opting for some very unique pandemic baby names
The 30 baby names that are going to be super popular in 10 years time
You may also like
1 week ago
Mental health of children may impact the mental health of their parents
2 weeks ago
Turns out, kids with "helicopter parents" are more likely to suffer from anxiety
3 weeks ago
93 percent of Irish LGBTI+ youth experiencing mental health issues during lockdown
1 month ago
Research says being around grandparents has a major benefit for children
1 month ago
The mental load is making mums exhausted – here are 5 easy ways to look after yourself
1 month ago
Feeling anxious? Experts agree on the VERY best way to deal with stress – for both adults and kids
Next Page