A recent study found that a huge number of women are already using their sick leave due to menstrual symptoms.

As various countries and workplaces around the world introduce measures designed to support those who experience severe period symptoms, new research suggests that the majority of Irish women would welcome similar measures here.

Earlier this year, the Spanish government approved a law that would grant menstrual leave for women suffering from period pain. Under the law, Spanish employees can avail of three days of paid menstrual leave per month, once they are assessed by a doctor. Other nations that have introduced period-specific policies include Japan, South Korea, Indonesia, and Zambia.

Currently, there are no plans for menstrual leave to be introduced in Ireland, however, recent research suggests that such policies would be welcome.

A recent study carried out by ActiveIron, an iron supplement company, surveyed 1,000 women aged between 25-45 across both Ireland and the UK, and determined these women's attitudes towards period-related policies. 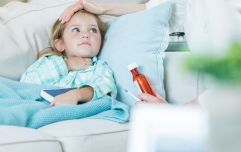 END_OF_DOCUMENT_TOKEN_TO_BE_REPLACED

The study also shone a light on current attitudes towards period and period symptoms. For instance, 64% of the survey's participants said that they have felt that their symptoms have been "disregarded".

popular
The release date for season 12 of Call The Midwife has been announced
Elf on the Shelf is actually pretty bad for your kids, according to an expert
"Hard to be a parent": Made In Chelsea's Maeva D’Ascanio rushes newborn son to A&E
Expert says Cocomelon acts "as a drug" to kids' brains
Father took daughter to hospital three times before she died of Strep A
Shows like Bluey and Peppa Pig are actually bad for kids, expert warns
Have you done Santa letters yet? Print one of these 5 cool letters now
You may also like
2 weeks ago
Watching Christmas movies is good for your health- here's how
1 month ago
Should you give your child a soother? Here's exactly what you need to know
1 month ago
Daytime naps should stop when child turns two, science claims
1 month ago
Expert reveals how often you should clean your child's bath toys
1 month ago
Parents beware: false widow spiders like hiding in socks and slippers left on the floor overnight
1 month ago
Colds and flus: Tips on protecting the whole family
Next Page