The real reasons behind these 10 whacky celebrity baby names

From nouns to Roman numerals, this is quite the list.

It's no secret that celebrity baby names tend to be something you wouldn't exactly expect to see on the roll call of an Irish classroom.

But even the strangest names have stories behind them.

Here are ten stories behind how these celebrities landed on the baby names that caught the world's attention.

The reality stars welcomed their daughter together in late 2016 after a documented pregnancy and infamously tumultuous relationship. But the reason behind her name couldn't be any sweeter: they reportedly settled on the name long before she was born as she was "a dream come true."

Both this kiddo's first and middle names, Bingham and Hawn, are a tribute to his grandmothers. Bingham is the maiden name of Matt's mother, while Hawn of course references Kate's mother, actress Goldie Hawn.

We're sorta still scratching our heads with this one, so here's an explanation from Grimes herself:

•X, the unknown variable ⚔️
•Æ, my elven spelling of Ai (love &/or Artificial intelligence)
•A-12 = precursor to SR-17 (our favorite aircraft). No weapons, no defenses, just speed. Great in battle, but non-violent 🤍
+
(A=Archangel, my favorite song)
(⚔️🐁 metal rat)

You'd be forgiven for thinking this name was inspired by the cocoa bean. However, the name is actually an abbreviation of Courteney Cox. The actress initially wanted her daughter to share her name, but then-husband David suggested Coco instead.

In an interview with big sister Kim Kardashian for the Evening Standard, Kylie said she doesn't really even know where Stormi came from, that it felt like the little one chose the name herself. "I really don’t know how we thought of Storm," she said. 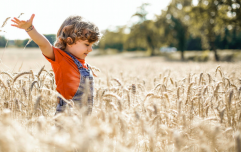 END_OF_DOCUMENT_TOKEN_TO_BE_REPLACED

The first-born daughter of the music icons has a name that reportedly references two separate inspirations. The first is Rebecca Solnit’s 2005 novel, a Field Guide to Getting Lost. Beyoncé posted a passage from the novel containing mentions of the colour blue throughout to her Tumblr blog.

'Ivy' supposedly comes from Roman numerals for four, IV, as the number holds significance to the couple. The couple each have a birthday on the fourth, their wedding anniversary is April 4, Beyoncé has a tattoo of the number on her finger, and her fourth studio album was simply titled 4.

This baby name made headlines around the world back in 2004. Gwyneth told Oprah she was inspired by how "sweet," "wholesome" and "biblical" she found the image that came to mind when she thought of apples. "I just thought it sounded so lovely and… clean! And I just thought, 'Perfect!'

"And then she was born, and it became an international outrage. Which I found surprising because there are people named Rose or Lily or Ivy or June…or lots of pretty nouns."

The actress herself goes by an unusual name, but it's actually a nickname for Elizabeth. She told the Today Show that herself and her husband agreed to just name their daughters whatever nickname they planned on calling each child.

The name of the couple's first child together references the second studio album of Migos, the rap group Offset is part of. As Cardi put simply, "anything else woulda been basic."

Another baby name that made headlines, North West was initially started as a joke. "I actually got it from Jay Leno, who made that as a joke," Kim said in a video for Kylie Jenner's YouTube channel. "Everyone was coming up to me like, 'it's such a cool name. You should really think about it.'" She added that the name was settled on within four or five days.


popular
The Bodyguard set to return for a second season
Opinion: Taking Communion out of school system will sort the believers from the non-believers
Mum sparks debate after banning her son's bully from birthday party- was she wrong?
As a parent I'm not sure how I feel about going back to the office once lockdown ends
Mum issues warning to parents after son's bruises led to cancer diagnosis
Dear Americans: Not only do we have Halloween in Ireland, we invented it
Smyths Toys Ireland issues warning to parents ahead of Christmas

You may also like
1 week ago
Did Stacey Solomon's friend accidentally reveal her baby girl's name?
3 weeks ago
The maddest celebrity baby names to come out of La La Land
3 weeks ago
School secretary shares how she judges kids based on their names
4 weeks ago
Show me the money: The baby names most likely to make your child a millionaire
1 month ago
Mother considers changing her daughter's name before school as it's "too common"
2 months ago
20 of the least popular baby names for girls in Ireland are actually so beautiful
Next Page