An underwear line designed for trans children will soon be available.

London fashion designer Carmen Liu, known for her adult range of transgender underwear has said that a juvenile version will be launching this autumn.

A transgender woman herself, Liu realised that the need for the range and her adult version has been a sell-out success since it was released earlier this year. 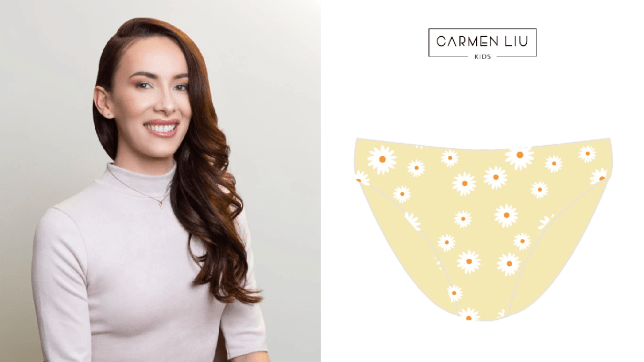 The new range, aimed at trans girls, features patented technology designed especially for the unique needs of trans girls and their bodies.

The new children’s underwear range will come in a choice of three colours, including a yellow pair with daisies, a light blue option with white dots and a striped white and lilac pair with a strawberry pattern.

"From the beginning, an underwear line for trans kids was one of the first and more important products I wanted to design and launch.

Not only do I aim to provide trans-specific products for kids, but I will also increase the needed awareness of the ever-increasing problems for trans children and their families. "

The line which will be available within the next few weeks is made with cotton and mesh fabrics and gives trans children more support than traditional underwear.