Had to brush up on the 'aul school Irish these past few weeks as you're attempting to help your little ones with their school work?

I'll tell you this much: Not only will 4th class maths be the death of me, but also, being Norwegian and never having done Irish in school myself, I am finding it pretty much impossible to be of any help with this at all. Meaning, we are now at the level where my 4th classer is helping my Junior Infant-er with his Irish homework.

The thing is, many parents – even those who have done Irish in school themselves, are finding it rather daunting to now have to try to remember what they once knew.

However, there is a new app in town that might just help us all out.

All About Irish is an online business based in the west of Ireland, and founded by fluent Irish speakers Patricia and Eilís. Together, the pair have created a brand new online course for learning Irish using what is called the Michel Thomas Method.

"I discovered the Michel Thomas Method when I wanted to learn Spanish a number of years ago. I found it such an incredibly effective and enjoyable way to learn a language. I have been involved with the Irish language for the past few years - as a teacher (to adults), working in Brussels as an Irish language translator and currently working in TG4."

Realising there are many wanting to know more about the language, both abroad, and also here in Ireland, Patricia knew she could help.

"From my work teaching adults, I know that many people are frustrated, disappointed and even, sometimes, ashamed by how little they know after 14 years of learning Irish in school. The Michel Thomas Method is almost like 'the missing piece' - the key to giving adult learners confidence and fun using Irish."

There is an hour-long starter course, which will give you a brief intro – and an eight-hour foundation course, at the end of which you will have an absolutely solid framework for future learning and confidence in your ability to learn and speak Irish. 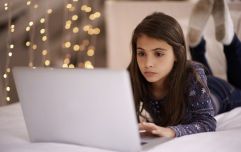 Tween and teen parents: 9 simple things you can do to keep your kids safe(er) online

END_OF_DOCUMENT_TOKEN_TO_BE_REPLACED

"The starter course is an excellent ‘taster’ of this method," Patricia explains. It is only one hour long but at the end of just one hour, you will be constructing your own sentences in Irish."

The eight-hour foundation course had only recently been released, but already Patricia and Eilís are receiving amazing reviews and feedback from those who have tried it.

"What is really interesting," Patricia explains, "is that the reviews are equally good from both total beginners and from Irish people who learned Irish in school but haven't used it since. It really is a testament to the Michel Thomas Method, I think, as it really gives users the possibility of learning a language without any stress, no rote learning, no reading and no writing."

Download the app and listen at your own pace

The eight-hour digital audio-only Irish course is downloadable onto the Michel Thomas Method app. From there, you can listen at your own pace, pausing and repeating where necessary.

"The course is a powerful foundation on which to build a strong understanding of Irish, Patricia explains. "By actively engaging with the live lesson, your brain will begin to make the connections necessary to make the language really stick.  The course is 8 hours long and essentially is loaded onto an app on the phone. You listen to it at your leisure, when out for a walk for example. Anytime there might be 10 minutes to spend. It's a relaxing way to learn, and also as there is only listening involved it takes people away from the computer screen."

And the best bit? Children might actually find it both helpful and fun too!

"We have also heard of parents using the course with kids from about 9-10 years old, and learning Irish together as a game - seeing who can get the right answer first."

We put it to the test

The Herfamily team, of course, jumped at the chance to test the course out.

Here is what Sarah had to say:

"I'm through about 4-5 chapters now, and I have to say I'm definitely going to carry on with it. I've been listening to it while out walking, or while driving the car and even while pottering around the kitchen – and I'm finding it so enjoyable. As someone who was taught Irish from the age of four to 18, I'm finding it pretty easy at the moment – BUT it's also casually and effectively teaching me things I didn't know e.g. the structure of sentences - which I don't really recall being taught that in school, certainly not in such a straight forward way. It's easy to listen to, it's chilled out, it's enjoyable but also the way in which words and sentences you have already learned, keep resurfacing along the way really means that they become properly ingrained in your brain I think. I also find myself trying to answer the questions before the two students on the recording, that's the pathologically competitive person in me!"

I got to put the course to the test too, and never having had Irish in school myself (I only moved to Ireland in my late 20s), I have to say, I am really enjoying it. To be fair, in school at home, you always juggle several languages, from primary school and up, so, for instance, as well as Norwegian (which is the spoken language in Norway), I also did English, German and French. I am terrible at maths – but love languages, so actually, maybe it is a little surprising that it has taken me thing long to even make an attempt at learning Irish!

I loved the first chapter, hearing all about the history of the Gaelic languages, and how Irish Gaelic developed and how it is used today. Funnily enough, there are many words that are rather similar between Irish and Norwegian – such as the word for cake (cáca in Irish, kake in Norwegian). Or the word for jumper or sweater (geansaí in Irish, genser in Norwegian). Maybe there is some Viking influence there somewhere?!

Like Sarah, I am a few chapters in, and really enjoying listening to it, and finding it really interesting. My 10-year-old likes to listen with me, and being the perfectionist that she is, has no issues correcting me where my pronunciations are all over the place!

Try out the Start course for just €10.99, or dive straight into the full eight-hour Foundation course for €90 and discover just how easy learning a new language is with the Michel Thomas Method!

popular
CMO confirms death of child in Ireland from invasive Strep A
Father took daughter to hospital three times before she died of Strep A
Elf on the Shelf is actually pretty bad for your kids, according to an expert
Chirshell Stause claims she wasn't allowed to bring G Flip to awards show
Rod Stewart's 11 year old son rushed to hospital after collapsing at football match
The government has launched a new funding model for Irish childcare services
Irish company create app that will send your kids messages from an Elf
You may also like
3 months ago
10 tips to make the back-to-school routine totally stress-free
4 months ago
Fewer children are starting school at the age of 4
5 months ago
Teacher explains why children should never hand out birthday invites in class
7 months ago
Children spend a quarter of their time in class just daydreaming, new research shows
7 months ago
Mum confession: I'm so happy there are no uniforms in my children's school
7 months ago
Parents told to 'back off' and stop sending so many e-mails to their kids' teachers
Next Page