Did you breathe a big sigh of relief once homeschooling finished up before the summer holidays?

I know I sure did.

As did my two children – maybe especially so my little boy, who was more than happy to pack away his senior infants books when the term ended and summer holidays began.

That's not to say that my 10-year-old wasn't happy to see the end of homeschool too – she was, but she had also been happy enough to plough away at the work sent on by her teacher as we homeschooled our way through the lockdown. Certainly more so than my little boy, I will admit – something I put down to their age difference, to be honest.

But as it turns out, according to a new study, boys have overall done less school work during lockdown than girls.

In fact, according to the research from Sussex University, almost a third (31 percent) of primary school-aged boys were doing less than an hour a day of home learning compared to a quarter (24 percent) of their female peers.

This trend was also noticeable in secondary school-aged children, were boys were also doing less work than their female classmates, with 16 percent of male students doing less than an hour a day compared to 13 percent of girls. 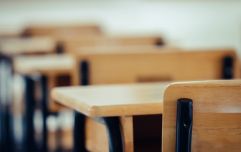 Students and teachers will not be wearing masks during oral exams, confirms official guidelines

END_OF_DOCUMENT_TOKEN_TO_BE_REPLACED

Academics from the UK university analysed the results of a survey of over 3,000 parents and teachers about the amount of work that youngsters have carried out at home in May and June.

‘There are marked differences in the time that children are spending on home learning depending on whether they are primary or secondary pupils, boys or girls, the children of graduates, and how financially comfortable their household is.’

‘The disruption to pupils’ education caused by the school closures is dramatic and could have long-term negative consequences, with some pupils receiving lower grades and becoming less engaged with school,’ he cautioned.

popular
Should pit bulls be banned in Ireland? Parents express concerns after recent attacks
People are realising what the red Christmas lights are actually for
Parents told to stop buying selection boxes for kids- here's why
"Losing a baby is the ultimate loss, but to watch on over a video call is soul destroying"
Woman gives birth to baby boy and girl less than 12 months apart
This Netflix Christmas film is being dubbed the perfect rom-com
Alejandro Miszan: Fundraiser set up following vicious dog attack
You may also like
4 days ago
"My heart sank": Tubridy hit with backlash over Toy Show remark
1 month ago
Only 1 in 4 children are vaccinated against Covid-19
1 month ago
Leo Varadkar warns public to mask up as Covid restrictions debate returns
3 months ago
Covid-19 vaccine is safe for people during pregnancy
5 months ago
Dad's girlfriend complains he's spending too much time video-calling his child
6 months ago
Europe scraps mandatory face masks for air travel
Next Page