And with it, a whole new pile of books that we're definitely adding to our must read lists.

2019's been nothing short of an incredible year for books, as more mysteries, love stories and tales of dystopian futures hit the shelves.

And as long as the weather doesn't seem to have gotten the memo that spring is here, we'll be making good use of those rainy and chilly afternoons to curl up with one of these incredible books.

Lost and Wanted by Nell Feudenberger 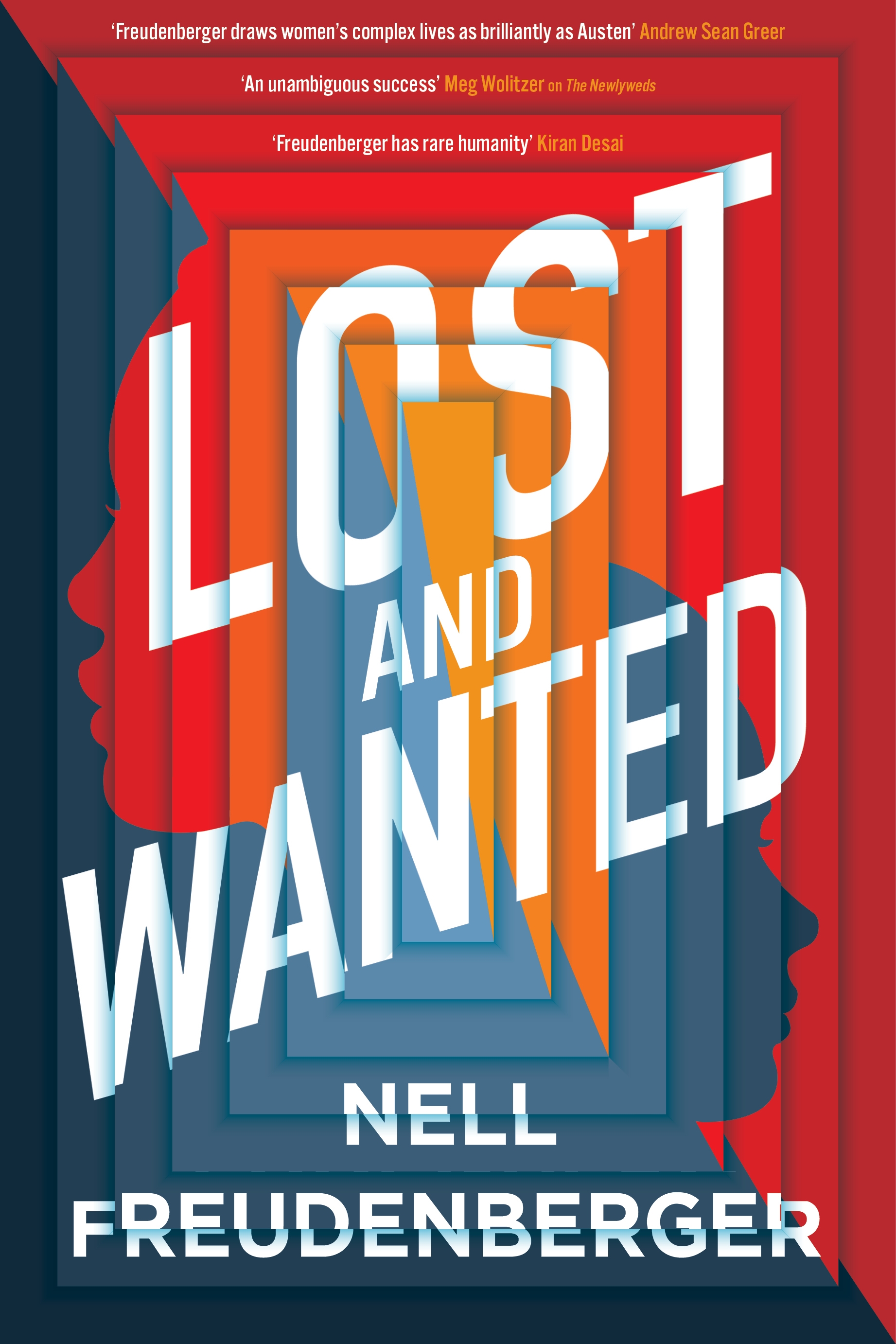 Physics professor Helen Clapp doesn't believe in pseudo-science or time travel - and especially not ghosts. But then she gets a phone call from Charlie, her closest friend from university with whom she hasn't spoken in over a year. Because Charlie died two days ago.

She begins to have doubts when her young son, Jack, claims to have seen Charlie in their house the other day. Through the grief of the husband and daughter she left behind, Helen becomes drawn into Charlie's world as she slots in the missing pieces of her friend's life - and becomes entangled in the forgotten threads of her own life.

The Fire Starters by Jan Carson 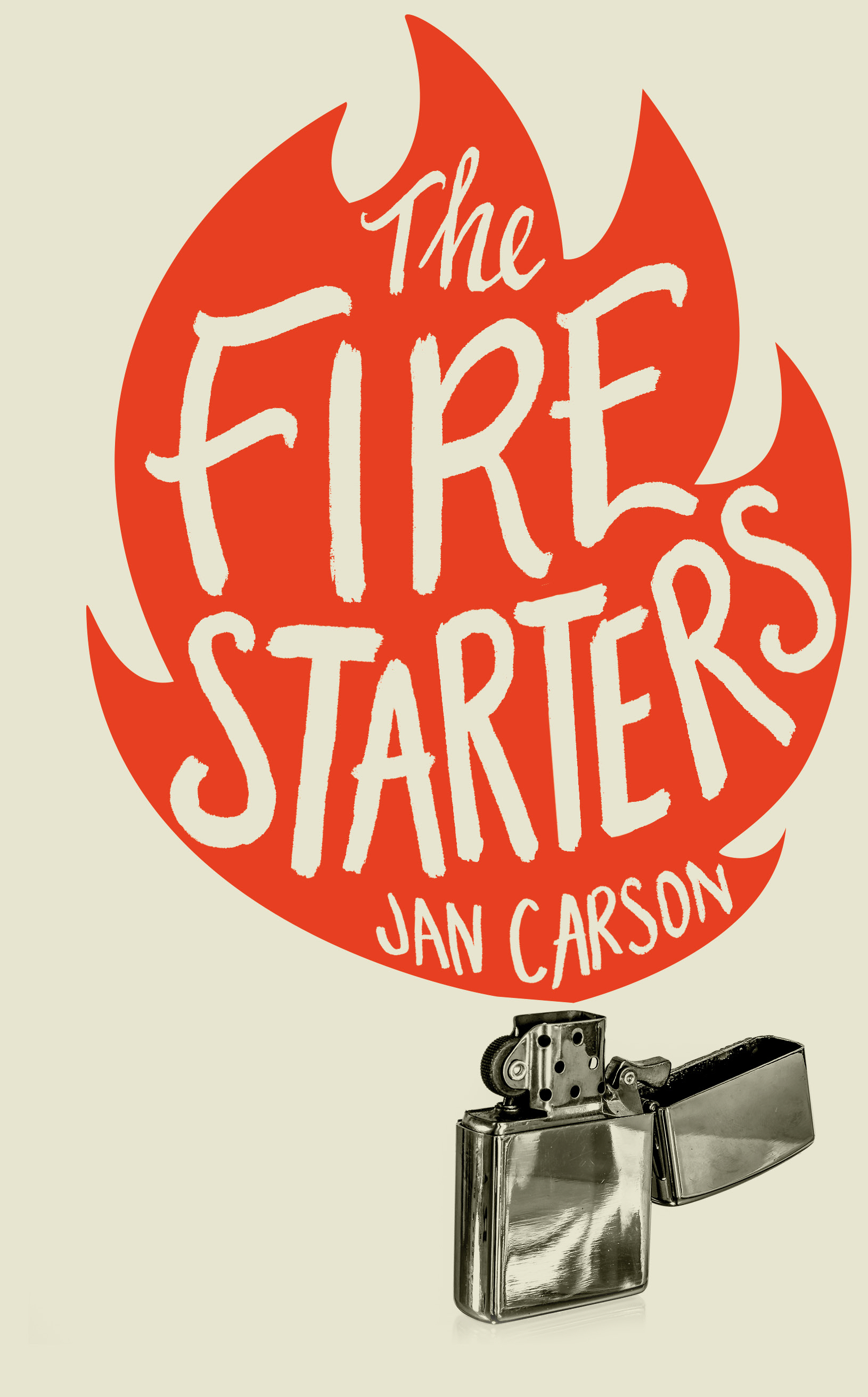 Dr Jonathan Murray is worried that his newborn daughter may not be as harmless as she seems. And Sammy Agnew, wrestling with his own dark past, fears the violence in his blood may lurk in his son, too.

Belfast is in flames and the authorities are losing control. As the city falls into frenzy, and as the lines between fantasy and truth, right and wrong, begin to blur, who will these two fathers choose to protect? 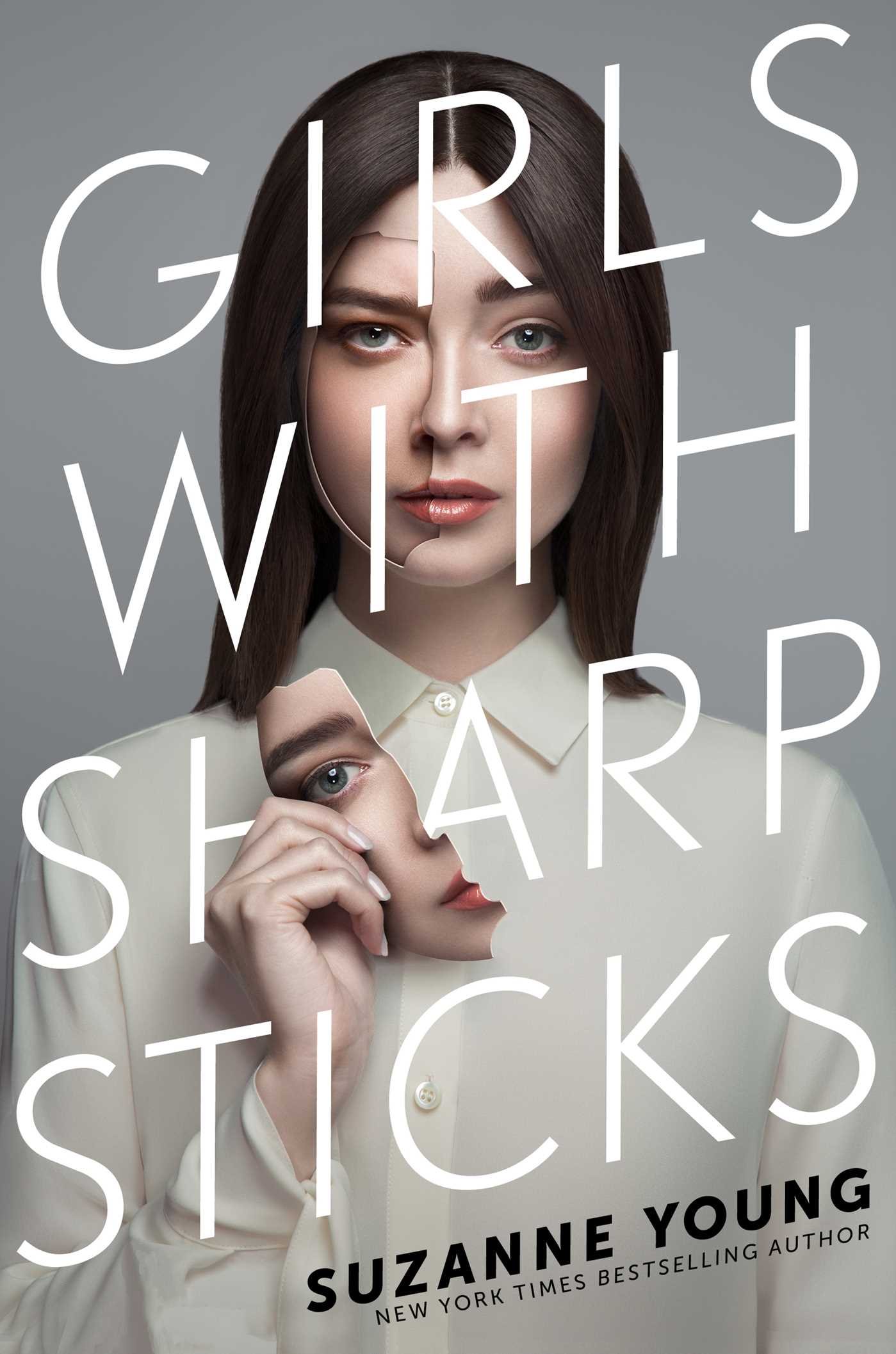 The Girls of Innovations Academy are beautiful and well-behaved—it says so on their report cards. Under the watchful gaze of their Guardian, they receive a well-rounded education that promises to make them better. Obedient girls, free from arrogance or defiance. Free from troublesome opinions or individual interests.

But the girls’ carefully controlled existence may not be quite as it appears. As Mena and her friends uncover the dark secrets of what’s actually happening there—and who they really are—the girls of Innovations Academy will learn to fight back. 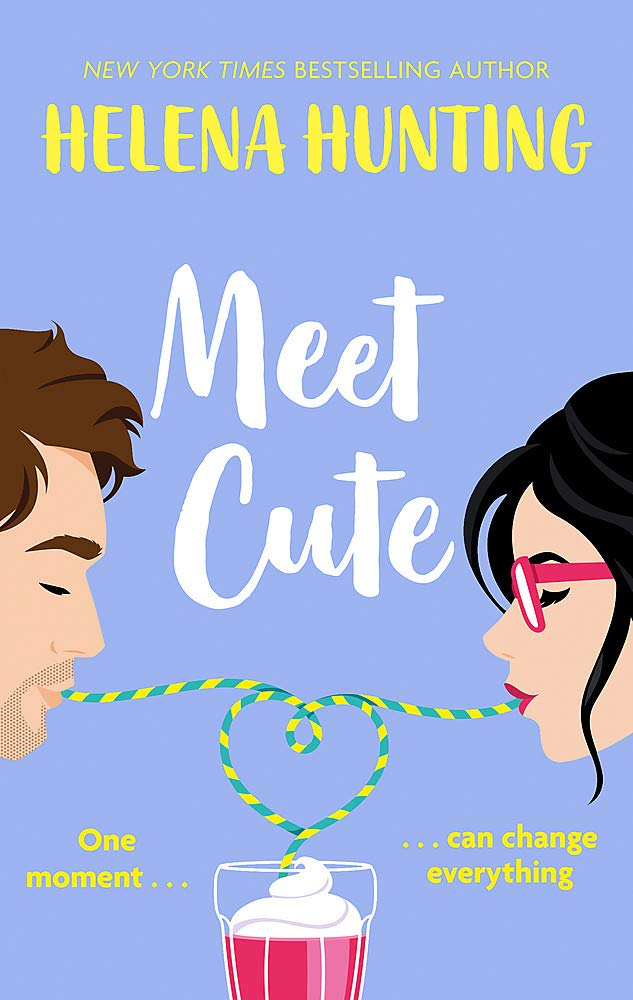 Advertisement
Kailyn Flowers was always calm, rational, and controlled. That is, until she ended up sprawled all over Daxton Hughes, the former actor she totally crushed on as a teenager. Then she did the unthinkable: she became a mortifying fangirl in five seconds flat, which may or may not have included professing her undying love. Their meet cute led to a friendship she never saw coming. Of course, she never saw his betrayal coming, either...
Now Dax needs her help. As guardian to his thirteen-year-old sister, he's in way over his head. And though Kailyn hasn't forgiven Dax, she isn't heartless enough to make him fend for himself, either. Soon their friendly meetings turn into flirty dinner dates, and Kailyn can feel their chemistry is as explosive as ever. But how can she possibly let down her guard again to a guy who has heartbreak written all over him?
You can get it here.

The Better Sister by Alafair Burke 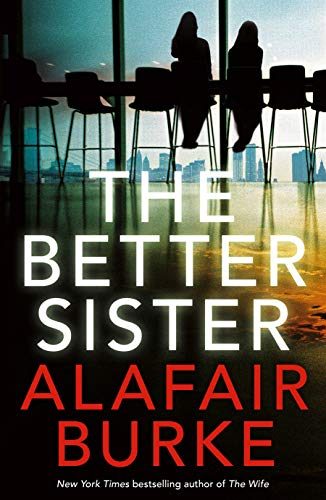 For a while, it seemed like both Taylor sisters had found happiness Chloe landed a coveted publishing job in New York City. Nicky got married to a promising young attorney named Adam McIntosh and became a mother to a baby boy named Ethan.

But now, fourteen years later, it is Chloe who is married to Adam. When he is murdered at the couple's beach house, she has no choice but to welcome her estranged sister - her teenage stepson's biological mother - back into her life. When the police begin to treat Ethan as a suspect, the sisters are forced to confront the truth behind family secrets they both tried to leave behind in order to protect the boy they love, whatever the cost.

My Brother's Name is Jessica by John Boyne 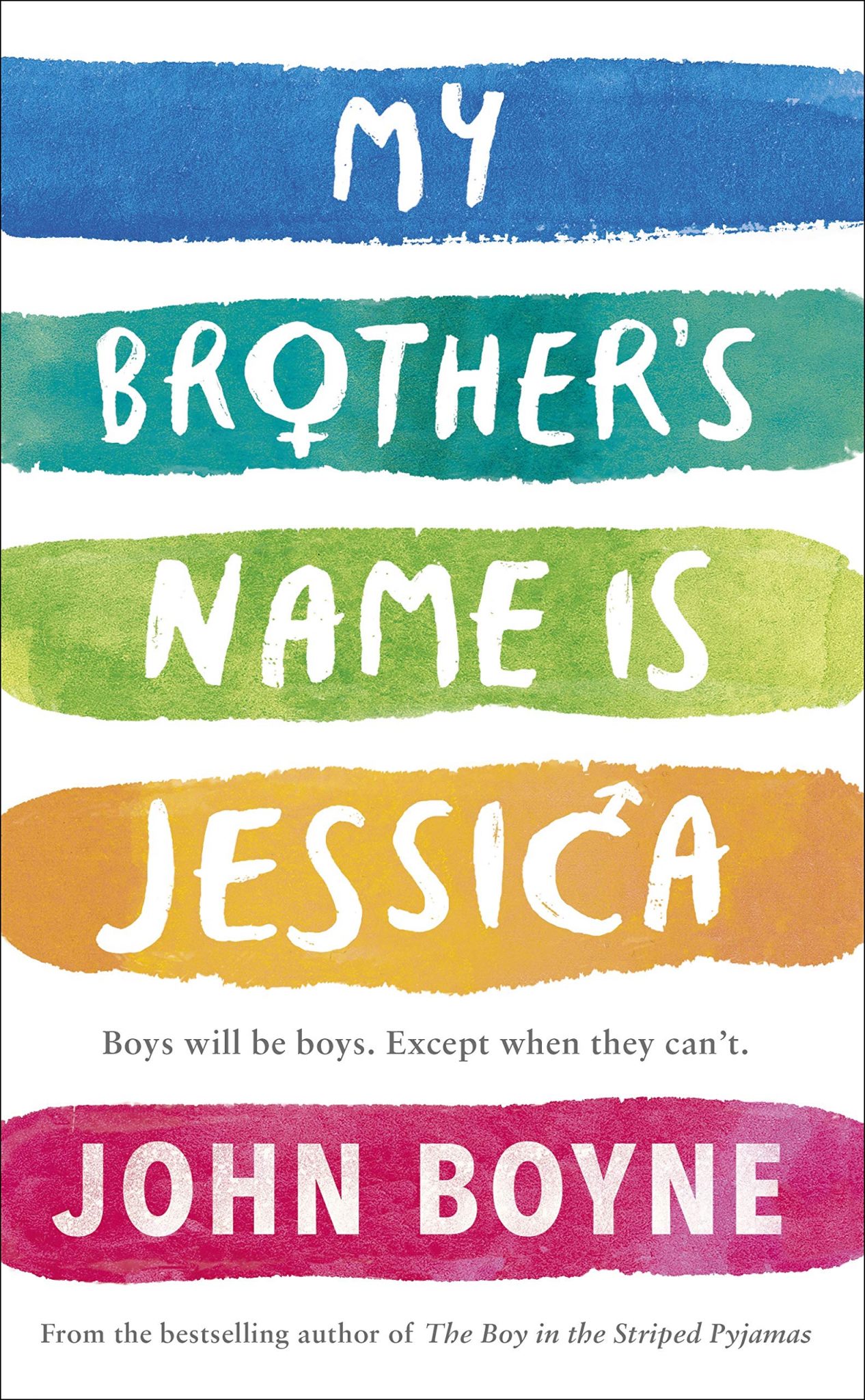 Sam Waver's life has always been pretty quiet. A bit of a loner, he struggles to make friends, and his busy parents often make him feel invisible. Luckily for Sam, his older brother, Jason, has always been there for him. Sam idolises Jason, who seems to have life sorted - he's kind, popular, amazing at football, and girls are falling over themselves to date him.

But then one evening Jason calls his family together to tell them that he's been struggling with a secret for a long time. A secret which quickly threatens to tear them all apart. His parents don't want to know and Sam simply doesn't understand. Because what do you do when your brother says he's not your brother at all? That he's actually your sister?

torn between loyalty to their children and to each other. 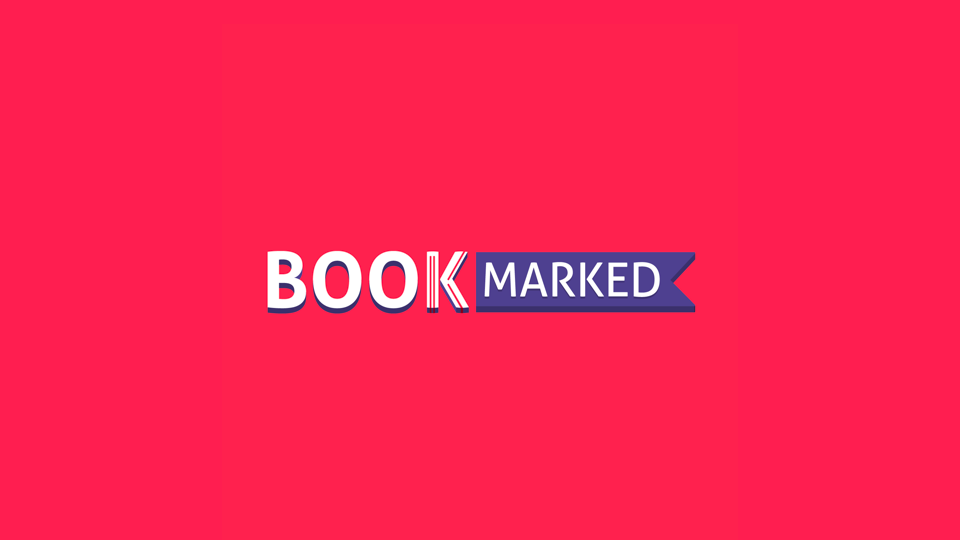 A good book can do just about anything; from taking you on a wild and fantastical adventure to making you feel like an all-knowing super sleuth (if you figure out the killer twist).

Every week at #Bookmarked, we will be taking you through some of our all-time favourite books - as well as the newest novels hitting shelves in Ireland.


popular
6 fun things to do in Dublin on your next family day out
"No co-sleeping at all" – new safe sleeping guidelines for babies states
Mum gets mixed reaction to photo of her drinking beer while breastfeeding
Expert says Cocomelon acts "as a drug" to kids' brains
Gardaí concerned for welfare of missing 35-year-old woman
Shows like Bluey and Peppa Pig are actually bad for kids, expert warns
4 ways to fix hard slime with ingredients you probably already have at home
You may also like
2 months ago
10 excellent new thriller books to pack in your holiday suitcase this year
3 months ago
Rachel J. Cooper on her new book designed to teach kids 'Amhrán na bhFiann'
5 months ago
Amy Huberman is writing a children's book and it sounds absolutely brilliant
6 months ago
Vogue Williams reveals she is writing a children's book
6 months ago
Research reveals that children are now reading less than previous generations
7 months ago
Gift guide: 10 brilliant new kids' books for everyone on your list
Next Page