This would be cool.

Just days old, and the entire world is talking about Archie Harrison Mountbatten-Windsor.

And lads, he's very very cute from what we've seen.

Yesterday, the royal family revealed the baby's full name, and we did notice there was no sign of a title.

A great-grandchild of Elizabeth II, Archie is seventh in the line of succession to the British throne, behind his father, Prince Harry. He is also heir apparent to his father's Dukedom of Sussex. 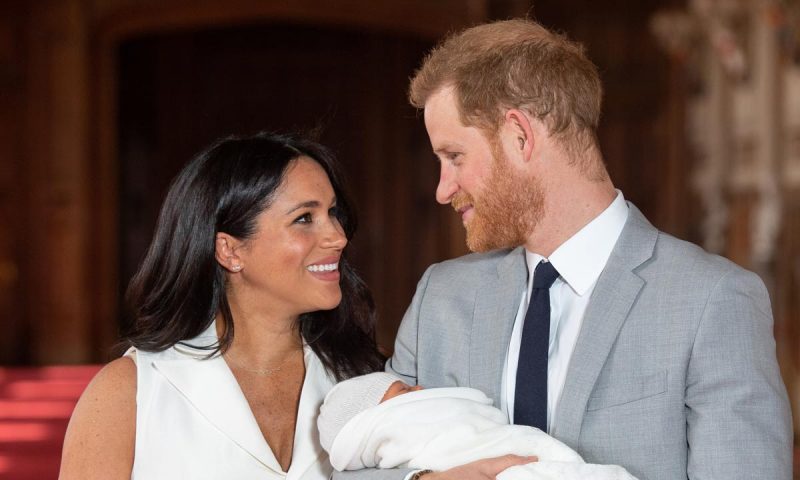 His parents decided against his using a title, and he will be known as simply Archie Mountbatten-Windsor, with Master as a prefix when required.

Because Prince Harry is the younger son of the Prince of Wales, his son is not automatically a British prince or entitled to be addressed as "Royal Highness", and was initially expected to be styled "like the children of any other duke" before any announcement had been made on this matter.

Harry has the option of allowing his son to use one of his subsidiary titles as a courtesy title, such as "Earl of Dumbarton", but has chosen not to do so.

However, there may be a future title for the little royal.

According to the 1917 Letter’s Patent decreed by King George V, only grandchildren of the sovereign receive royal titles—not great-grandchildren.

Which means if Prince Charles eventually becomes King, he could could become His Royal Highness Prince Archie.


popular
Irish influencer Lisa Jordan reveals her little boy's name and it's so cute
The tooth fairy letter many parents are feeling a little divided about
The Mrs Hinch approved hack that'll help you get rid of flies in your house
Hobbits and hot tubs: My family's stay at Mayo Glamping
No bake Chocolate Refrigerator Cake recipe that you'll whip up in no time
Kids still got a pesky case of lice even with school out? Here's how to fix it
"The nightmare for Topsy and Turvy can finally end" Missing dogs are reunited and it's the best news
You may also like
3 months ago
Prince Harry and Meghan Markle volunteer to deliver meals to vulnerable in LA
3 months ago
Harry and Meghan say they will 'not be engaging' with UK tabloid press anymore
3 months ago
Meghan Markle is due to give her first post 'Megxit' TV interview and it's happening next week
4 months ago
Meghan Markle's favourite mascara is one of the all-time beauty greats
4 months ago
Meghan Markle and Prince Harry have revealed the name of their new non-profit organisation
4 months ago
Insider shares update on how baby Archie is adjusting to life in California
Next Page