Calls for the voluntary back-to-school contribution to be scrapped.

Back-to-school costs are already rising with parents forking out €1200 for primary school kids and €1500 for secondary school children.

Barnardo's CEO Suzanne Connolly told Newstalk that the costs are too extreme.

She said parents are "really, really worried" about the contribution fee, as well as additional costs.

It may be called a 'contribution fee' but parents don't feel that way. Many say they even feel pressured into paying it.

70% of parents don't feel like the contribution fee is voluntary.

"But actually it shouldn't be required of parents.

"We know through the cost of living the number of pressure families are under and they don't need this added stress.

Families also feel a sense of shame if they can't pay it. 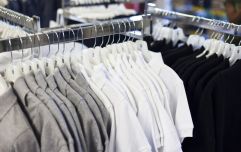 END_OF_DOCUMENT_TOKEN_TO_BE_REPLACED

“These are considerable costs for parents to have to come up with."

“One-in-five are needing to borrow to meet those costs. This is obviously is a real source of worry and stress for these parents.”

“The stress placed on parents to come up with costs to run schools is unacceptable,” she said.

“The Government should be making school genuinely free for children, primary and secondary school too.”

Echoing Barnardos' concerns, she said that the Government needs to help families with the crippling costs.

McDonald called for the Back-to-School Allowance to be extended. She said that middle-income families are also being left behind when it comes to school support.

McDonald said the allowance should be extended to another half a million children.

She told the Dáil that families who earn around €621 a week are being left behind.

popular
New parents are being "thrown out" of hospital far too early
Five children rescued from van in Cork as driver is arrested
Stacey Solomon addresses her controversial comments about the royal family
Expert says Cocomelon acts "as a drug" to kids' brains
6 unusual and unique family-friendly activities to try in Ireland's Hidden Heartlands this autumn
5-year-old boy dies after being hit by van in Co. Derry
Liam Neeson says he talks to late wife at her grave every day
You may also like
2 weeks ago
Why teenagers need to learn about gratitude therapy in school
3 weeks ago
Back to school: The 15-minute trick that is about to change your hectic mornings
1 month ago
This is one of the best things you can do for an anxious child
1 month ago
10 tips to make the back-to-school routine totally stress-free
1 month ago
Teacher warns parents not to buy trendy pop-it stationary and toys for their kids
1 month ago
Dublin mum reveals €2000 price tag of sending three kids back to school now
Next Page