The Minister for Health intends to seek the support of every TD and senator in the country on the issue.

Minister for Health Simon Harris has signalled his intention to make children's vaccinations mandatory by law.

Speaking at day two of the Irish Medical Organisation (IMO) general meeting in Killarney, Minister Harris said that it was "against the public good" for parents to send their unvaccinated child to school or a public place.

The Minister will write to every TD and senator in the country in a bid to gain their public support for vaccination against dangerous and contagious diseases.

"Vaccinations save lives," he said on Saturday while highlighting a notable drop in vaccination rates across Ireland.

"We need doctors' support to call out the lies and nonsense of anti-vaccine campaigners," he added.

Harris also warned of the possibility of unvaccinated children spreading sickness, highlighting that young babies that are unable to be vaccinated are especially vulnerable and could develop a "very significant" disease if not properly protected. 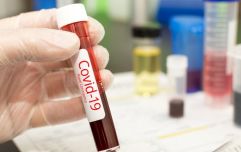 END_OF_DOCUMENT_TOKEN_TO_BE_REPLACED

Earlier this month, Harris said that he "instinctively agrees" with proposals to ban unvaccinated children from schools and crèches.

On Friday afternoon, the Health Minister confirmed at a press conference that he has sought legal advice on the matter from Attorney General Seamus Wolfe.

Thank you to @IMO_IRL for inviting me to your conference. Together we have made progress on some big issues like a new agreement for GPs and important public health issues like vaccinations & Public Health Alcohol Act. Now let’s move on to next challenges & work to resolve them pic.twitter.com/zeoNdQ5n0L


popular
Ronan and Storm Keating have welcomed their second baby – and her name is the cutest
'Like so many other people in Ireland' Ryan Tubridy tests positive for Covid-19 virus
Hospitals start to request mothers not have birth partners amid COVID-19 outbreak
Aldi makes going for short walks with the kids easier with their Buggyboard Mini
#Covid-19: Life cannot go 'back to normal' after Easter Sunday, says Simon Harris
The O'Brien Press just launched a competition where YOUR child could get to design the cover of an actual book
The stunning River Island dress to buy now and keep for a special occasion
You may also like
2 days ago
Healthy habits: The incredibly-good-for-you drink you should be starting your day with
4 days ago
'It's been quite a week' pregnant doctor tweets about working amid COVID-19
1 week ago
"You wouldn't run a marathon without training for it" – a Rotunda physiotherapist on exercising in pregnancy
1 week ago
Always feeling exhausted? 3 tiny changes that'll have a huge impact on your sleep
1 week ago
Cleaner, healthier living: 5 non-toxic beauty products that really, really work
2 weeks ago
It's the little things: 10 small – but proven – ways to make ANY day better
Next Page