On the fluffiness scale of festive films, The Holiday is a baby chick eating a marshmallow on a fur rug - as fluffy as it comes.

That's kind of why we love it. What better time of year to enjoy a completely unrealistic, unnervingly sweet tale of house-swapping and transatlantic romance than Christmas?

Just in case you need a recap on what it's all about, here it it: two women, LA gal Amanda (Cameron Diaz) and English rose Iris (Kate Winslet), swap houses via the internet and spend their Christmases away from home in an attempt to get over their respective breakups.

While abroad, they each meet a lovely man and you get the rest. 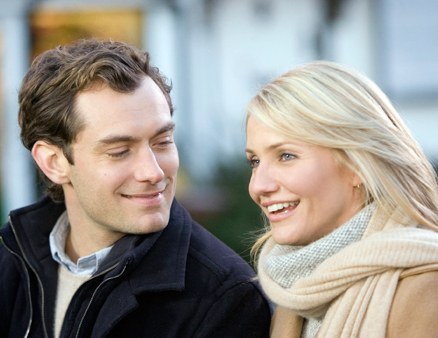 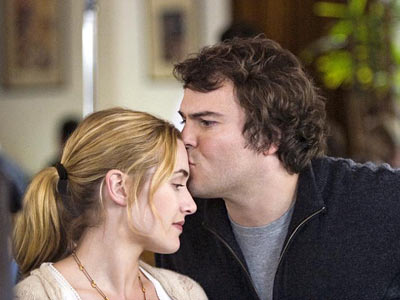 But one fan has put forward a theory that makes the film seem a whole lot darker.

Dana Schwartz, writing for Entertainment Weekly, reckons that both Amanda and Iris die early on in the film.

Remember when, in a low moment, Iris turns on the gas at her hob and starts to sniff? Remember when, across the Atlantic, Amanda is breaking up with her cheating boyfriend and all of a sudden gasps "I can't breathe!"? Dana thinks that's when they both croak. 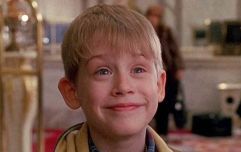 Ireland's favourite Christmas movie ever has been revealed

END_OF_DOCUMENT_TOKEN_TO_BE_REPLACED

Their spirits "become entangled, presumably due to their complementing themes," she says, and the fates give them some time, "a holiday, if you will", to sort out their unfinished emotional business before they leave this earth.

Amanda and Iris both then get with men who are the perfect foils for the guys they're trying to get over.

The women each have a moment of 'emotional catharsis' at the movie's climax, Dana continues. For Iris, it's when she's able to finally reject Jasper and for Amanda, it's when she manages to have a cry. That's their unfinished emotional business taken care of.

Heartbreakingly, Dana thinks Arthur is dead too (*sob!*) and finishes his business when he manages to walk up the stairs at his awards ceremony, before leaving this earth and being reunited with his dead wife.

Next time you watch The Holiday, keep in mind that the women (and Arthur) might be dead and see if it makes sense to you.

popular
Bachelor Nation star Sarah Herron's baby passes away shortly after birth
Tommy Fury responds to Jake Paul ruining his baby news
Molly Mae fans are shocked after finding out how much Bambi's crib cost
Expert says Cocomelon acts "as a drug" to kids' brains
Molly Mae says becoming a mum is the best thing that ever happened to her
Dad asks public to forgive his wife after she killed their three children
Man charged with the murder of pregnant Natalie McNally
You may also like
1 month ago
Here are the top 25 Christmas films according to TikTok
2 months ago
Here are the worst but best Christmas films on Netflix
2 months ago
Watching Christmas movies is good for your health- here's how
1 year ago
Here are all the big movies on TV on Christmas Day
1 year ago
Vanessa Hudgens hints at a fourth Princess Switch movie
1 year ago
The good, bad and the cringey: all the Christmas originals coming to Netflix this month
Next Page