10 Signs You Are Just TOTALLY Married at This Point

I am willing to admit that maybe it's just The Man and me who are this disgusting, but I'm holding out hope that we are not the most extremely married peeps out there.

I do accept however that by the end of this list many of you may be thinking "Ew, thank God they found each other..."

10 secret (or not so secret now) behaviours of extremely married people:

1. Little to no grooming takes place

At this point, I have enough pubic hair to go into merkin manufacturing. The Man looks like he's permanently sporting a pair of ginger hair shorts. If any action ever occurred in the marital bed, all the friction from the hair could reasonably be considered a fire risk. That's how hot we are.

2. One of the biggest betrayals a marriage can face is someone watching ahead in the series

Whatever the current binge is, it is NOT acceptable for one member of the couple to watch ahead (unless it is me, of course).

3. No one knows where the remote control/passports/car keys are

This basically means there is NO ESCAPE, our best bet at this point is to make a baby – then the baby can keep us company and distract us from the emotional plateau of being five years married. I KNOW we're only five years in, there's a lonnnnnnng way to go yet.

4. I spend a lot of my time hiding from The Man 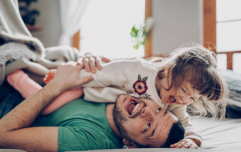 END_OF_DOCUMENT_TOKEN_TO_BE_REPLACED

Sometimes I just want him away from me; maybe we're not right for each other??? Being extremely married leads to taking one another for granted, an upside of all this is that absence makes the heart grow fonder. Sometimes I leave him watching 'The Match' for a few days and then when I reconnect with him; we have loads to say to each other. Bonus.

It's like a sexy bed-picnic until someone (not you obvi) gets curry sauce on the sheets.

6. Sex dreams about other people are to be expected

Not only that, they are practically essential to reminding you to have sex with your spouse. Sometimes I wake up from a little somnolent sexy time, spot The Man, and think 'oh yeah, THAT'S what you're there for..."

7. Conversations while on the toilet are a daily occurrence

We are disgusting. Sometimes the whole family's in there, and we can catch up on the days news and events while defecating and brushing our teeth all at the same time. The only concern is that this may be warping the mind of our 2-year-old. Now when visitors come over, he wants to go into the jacks with them. "He's just super sociable," I tell them.

8. Bitching about your friends 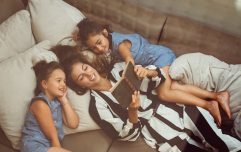 Bedtime confession: I lie down with my children until they fall asleep - every night

END_OF_DOCUMENT_TOKEN_TO_BE_REPLACED

"Bitching about friends is the kindling for long and happy marriage."

It sounds like something inspirational that Martin Luther might've said but no, it was me, just now.

If we're not bitching AT each other, we're bitching WITH each other ABOUT other people. Yes, we are bad people, and yes we deserve each other.

9. Secret crushes are an innocent distraction

Everyone needs a little Office Crush to see them through the drudgery of the day. The Man has a fancy lady in the accounts department, but luckily she's way out of his league...

10. Bed farting is a daily occurrence

What you don't want is a Revenge Bed Fart situation happening, where one traps the other under the duvet cover for an extreme fart assault. #ExtremeMarried

PS. Before anyone starts on at me about how not everyone is married, give me a break. For ease of a headline, marriage in this context is intended to represent romantic partnership in general but 10 Signs That You Are EXTREMELY Life Partnered at This Point does not have the same ring, does it?