Babies Do NOT Sleep Late: The Most Real Poem You'll EVER Read

Author’s Note: Parents read a lot of board books, enough that we start speaking in verse (just me?). I dedicate the following poem to all of us optimistic parents this New Year’s weekend… may we not come crashing back down to Earth on Monday morning!

It’s a concept to which you just may not relate

As red-blooded people, both you and I

Know the pleasure of weekends, the later to lie,

One would think that the youngest of us would agree,

Needing much more sleep, nightly, of course, than we.

You can see for yourself at some later date, but I’m here to tell you: 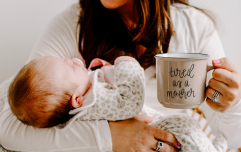 END_OF_DOCUMENT_TOKEN_TO_BE_REPLACED

They have their routines, they get set in their ways,

They’ll refuse to wear shoes and you may wonder why,

They get bumps they get gas they spit up they sit down,

When they try a new food you may find that they’ll frown.

They’ll coo and they’ll giggle, they might throw their plate,

You may have a baby that wakes up at six.

You’ll think: I can change this with some clever tricks!

Because I read a book and it says that if I

Leave my baby alone and let him or her cry,

And if I refuse to give her late night snacks

Or keep her in bed with me, safe from attacks, 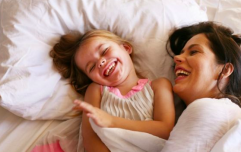 END_OF_DOCUMENT_TOKEN_TO_BE_REPLACED

And I make sure that she is the very best-dressed

If I get her up early and keep her up late,

If I praise her and scold her and tell her she’s great,

If I stick to routine and teach her to be flexible,

Track all her feeds on a chart that’s impeccable,

If I feed her organic that’s only been juiced,

And I swaddle her up and I lie her down straight,

So if one night you’re thinking:

popular
Bride asks for divorce day after wedding following groom's disrespectful cake stunt
Police believe they know what happened to missing dog walker Nicola Bulley
Entrepreneur schoolboy has made £1,000 from selling sweets
Dad admits he hates his daughter's name so much it makes him uncomfortable
Stacey Solomon's fans think they've figured out her baby's name
Parents believe CoComelon causes tantrums and speech delays in toddlers
Going on solo holidays is good for mothers, science says
You may also like
3 weeks ago
Parents say this white noise hacks helps their baby fall asleep
3 months ago
Daytime naps should stop when child turns two, science claims
5 months ago
Study finds mums with five kids sleep the most and we need to know more
5 months ago
Sleep expert reveals how to keep your bedroom cool this summer
6 months ago
Mums are sleep deprived for six years after having a baby – and yet dads are not
1 month ago
This is how to manage your kids' expectations this Christmas
Next Page