'There is a lot of ignorance...': Two parents on why they home-school

With the number of home-schooled children in Ireland having almost doubled in recent years, we asked two parents what it's really like to educate your own kids.

New figures released by the Child and Family Agency Tusla have revealed a significant rise in the the number of children being home-schooled in Ireland, rising from 699 children educated at home to 1,322 between 2011 and 2016.

Home-schooling remains an option shrouded in mystery for many Irish parents. It may come as a surprise to learn that anyone can educate their child at home and parents are not required to hold a formal teaching qualification. Home education is also completely legal in Ireland and supported by the Irish Constitution; in 2000 a registration process was brought in by the Irish government for home-schooled children over the age of six. 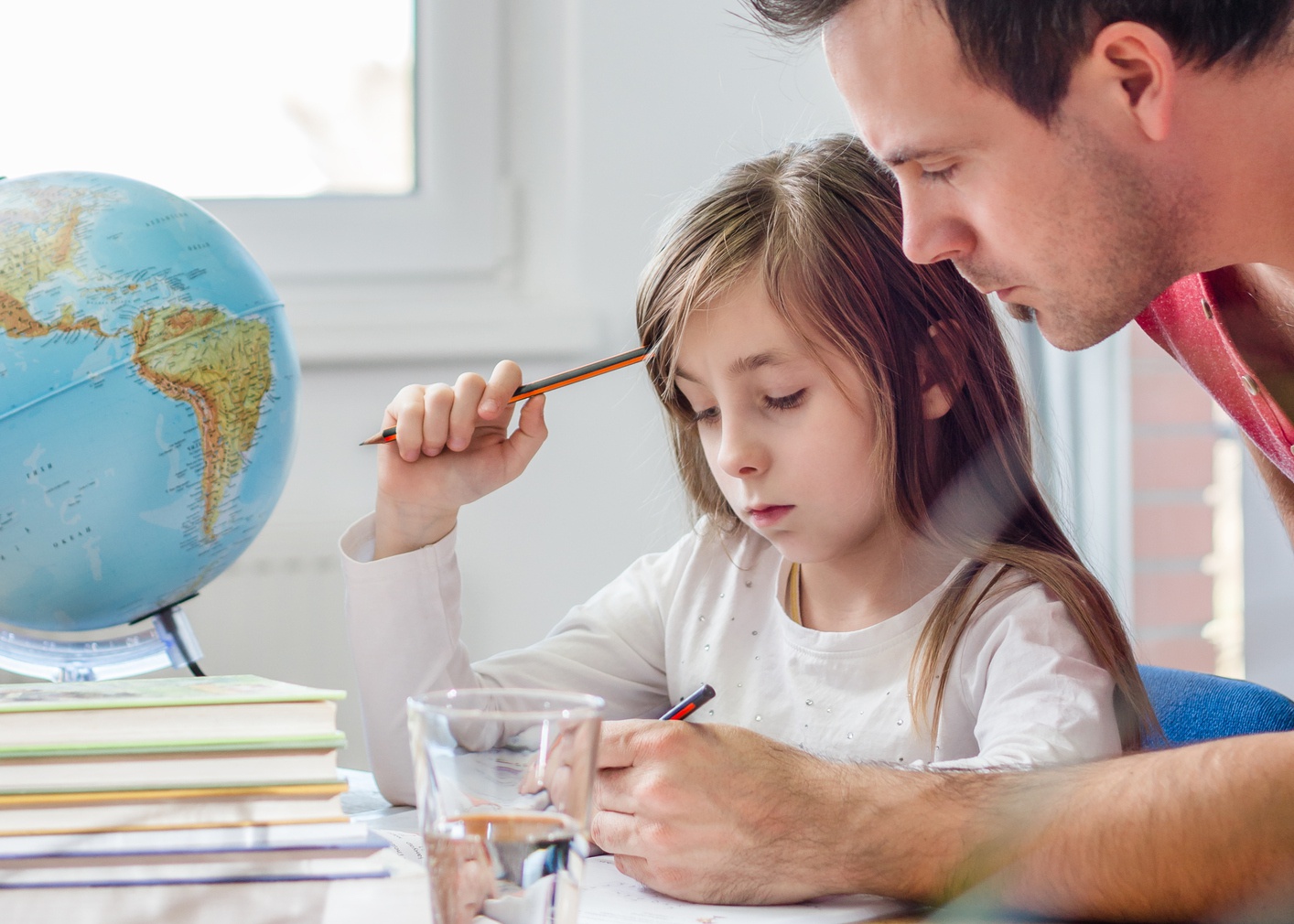 "Home education is a positive option for many families who find that school does not meet their children's needs. It is perfectly legal and is protected under the constitution. Children must be registered with Tusla and for full details on the registration process parents can find a guide on our website or contact Tusla.

"Home Education Network Ireland is a peer-to-peer support group for those who are currently home educating or thinking of the option. We provide a phone line, meet-ups around the country, a three day residential conference and insurance for those wanting to organise events in their areas."

HerFamily spoke to two home-schooling parents to find out why they decided to educate their children at home and how the journey has been for them.

Cora McCauley, a chartered accountant from Galway, removed three of her four children from school two years ago. 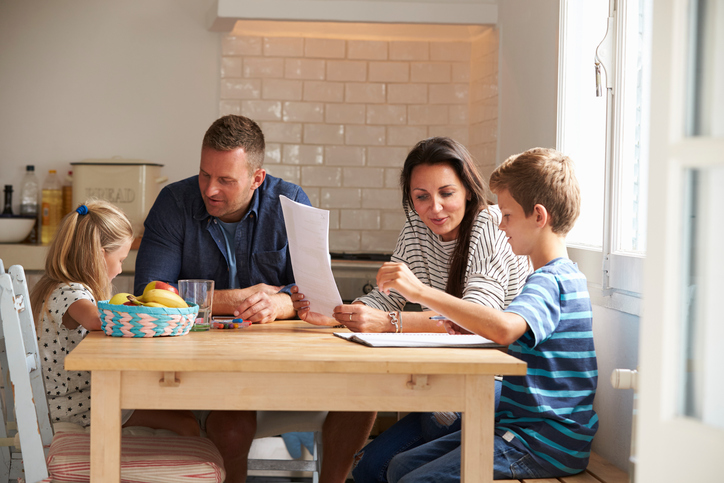 "When my children asked me if I would home-school them I initially didn’t even consider it, believing there was only one way to educate a child and that was to leave it to the professionals.  There is a lot of ignorance in Ireland on the subject of home schooling and at the time I was as guilty as the next person of having no understanding of it."

After a lot of research, mostly American-based according to Cora, the family decided to give home education a go for a year.

"When I thought about it, sat down with them and heard them out, I opened up to the possibilities home-schooling offers a child. My sceptical husband and I decided to take the plunge and try one year of home-schooling. In addition to running my own business from home, I took on the added task of facilitating the children in whatever they wanted to pursue. Surprisingly, when the children got this level of choice they were very responsible about it and were selective and realistic.

In an era of standardised testing, home-schooling is all about your individual, unique child and who knows a child better than their parents? While our kids were very happy in their local school which has excellent teachers, they wanted to explore topics that interest them like gymnastics, languages, maths, photography, science, baking, history and they wondered how each day would look if it was their own."

Cora says that, despite some initial doubts, the family have quickly embraced their new "fluid and flexible" way of living. 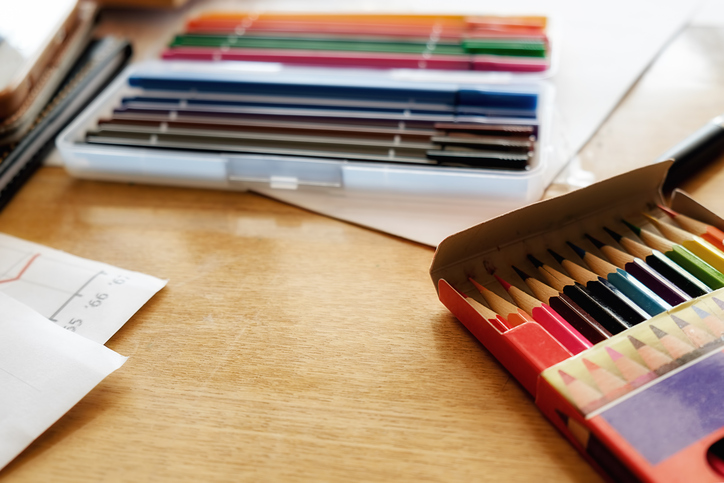 "It became very evident to us that learning is a continuous process and children don’t stop learning at 3pm. Kids are naturally curious and like to learn about the world around them.  While ours wouldn’t open a book outside of school before, they will now happily look up the lifecycle of a moth to see if it’s the same as that of a butterfly.

"As a family there is a lot less stress, school work begins at 9am on one day, or at 2pm the next, we might cycle to the local woods and bring books or a picnic on another. My husband - who was initially very dubious - is now a firm believer in home-schooling purely from seeing our children develop confidence in their own abilities."

The busy mum-of-four says that home-schooling is a serious decision for any family to make and, although it shouldn't be taken lightly, it should be more 'out there' as an option for parents in Ireland.

"I joined a few home-schooling facebook groups, one was a small US-based science group.  I introduced myself and my family and the next parent who joined also introduced himself.  He was Larry Sanger, the founder of Wikipedia. He is devoting a large amount of his time to homeschooling his sons and has put free online educational resources for parents to use with their kids.

"The more I research the more I see that our children need to be able to adapt in an ever changing world and I hope we are giving them the tools to do that by letting them trust their choices from a young age, follow their passions while they can still remember them, and confidently face whatever life throws at them."

Niall Williams is a full-time dad to two children, who took the decision to remove his eldest child from junior infants after a month. 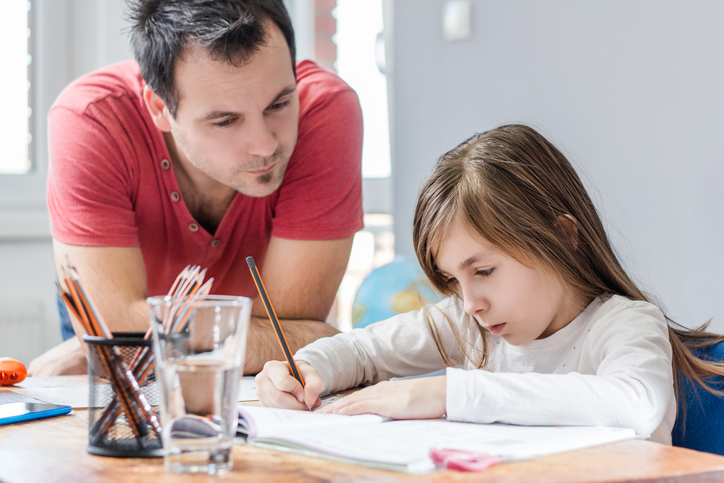 "We started to home-school about four years ago. Our eldest had just started school, and was pretty miserable. Like most parents these days, we tried to be child-centred and child-focused in how we brought up our children. We tried to avoid compelling our children to do anything they didn't want to do unless we could justify it to ourselves and explain it to our children - like wearing a seat belt in the car, or occasionally being left with other people for example."

Niall says they tried to engage with the school when it became clear that their son was very unhappy.

"We engaged with the school to see if anything could be changed or if we could at least get an explanation for why things were done the way they were. We were not at all happy with the school's response, particularly as they were running the junior infants class in a way that was not in line with the actual curriculum, which is meant to be play-based.
We felt that they were demanding things of young children which it is widely accepted are not reasonable, such as making them sit quietly in their desks for long periods doing monotonous tasks. We couldn't justify it to ourselves and we had doubts that it would be much different in other schools. So over the course of a couple of weeks we came to the decision to go the home-schooling route, and we took our son out of school after only one month. We went through the assessment process with Tusla and got registered. Then when our second child came to school-going age two years later, we just kept her at home as well."

The dad-of-two admits they were initially anxious about making the right decision and about how others would view them. 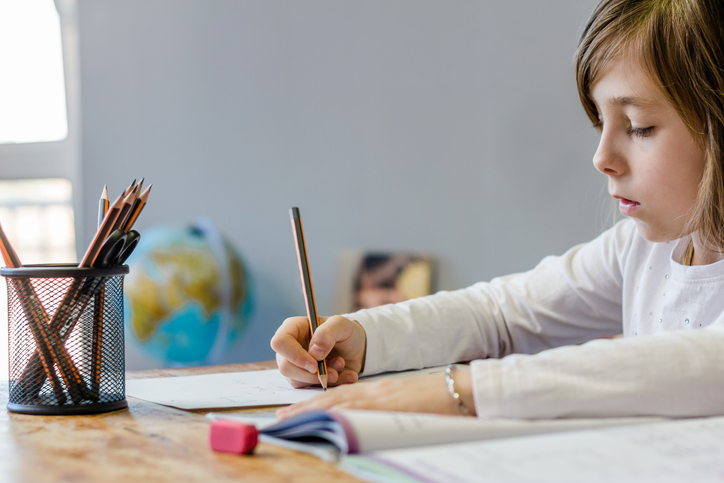 "Over time that anxiety just dissipated, and we are generally comfortable and confident about our decision and not very concerned about what others might think about it. Being able to connect with other home-schooling families through the Home Education Network was very helpful, particularly when we were starting out. I have taken over the home-schooling duties and do a small amount of structured learning - about an hour and a half a day - to cover the core skills of literacy and numeracy. So far, everything else gets covered through general reading, discussions, events, museum visits, and travel."

Niall says being a home educator has forced him to become more engaged and resourceful as a parent.

"Home-schooling brings it's own challenges, but so does sending them to school, particularly if they are very unhappy there. There are also many advantages to home-schooling. We can focus a bit more on things that are particularly interesting to the kids, we have far greater freedom to travel - for instance we spent a whole month in Germany during term time.
The kids have much more free time and are more relaxed, and it has forced me to become more engaged and resourceful as a parent. There are of course times when doubts arise and I feel a little isolated and lonely, but these pass again, and with the benefit of four years of hindsight we feel confident that it is working well - both for the kids and the family as a whole. We intend to continue home-schooling until such time as the children want to go to school."

Advertisement
popular
These 40 baby names are set to trend in 2023
'He's a changed man': Woman marries her 'high school bully'
Little boy dies of cancer after doctors ignored mother's concerns six times
Bride asks for divorce day after wedding following groom's disrespectful cake stunt
'Vile' TikToker blasted for comparing disabled kids to vegetables
Man sues friend for £1.9m after she refused to be his girlfriend
Dad admits he hates his daughter's name so much it makes him uncomfortable
You may also like
1 week ago
Parents are banning grandparents from changing nappies to 'protect baby's privacy'
1 week ago
Is it time to get rid of children's bedtimes?
2 weeks ago
Expert reveals why you should never say "I'm leaving without you" to your child
2 weeks ago
"To all my friends with babies, I apologise."
1 month ago
Should I let my 6-year-old daughter dye her hair or is she too young?
1 month ago
Little girl heartbroken after only two people show up at her birthday for odd reason
Next Page