Mum confession: I use this easy mindfulness game with my 7-year-old

I don't know about you, but I admit, when I hear the term 'mindfulness game' I sometimes tune out.

They can seem very complicated but having recently tested out a method that can absolutely be described as a mindfulness technique on my own little boy, I don't think I'll be quite so dismissive of it in the future.

My little boy, like most little kids, I  guess, has moments where he is prone to emotional melt-downs. Be it over fights with his sister, when he is over-tired, or when he can't have that packet of Pokemon cards he really, really wants, let's just say he sometimes loses it and his whole little world suddenly seems pretty horrible then and there.

Previously, I would just try things like either just wait until the moment passed, lose my own temper (especially when I had to break up fights over something crazy, like Barbie camper vans or – again – Pokemon cards) or just try to hold him for a little snuggle until he calmed down and we could actually have a chat about what happened and why he is angry. 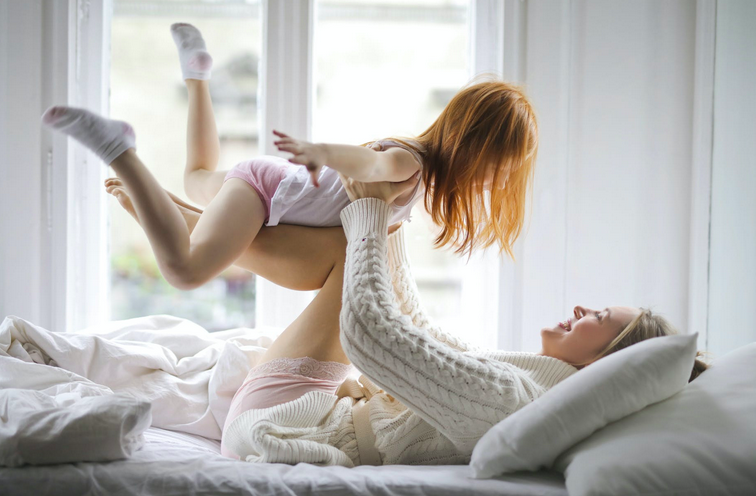 Now, I am not saying these don't work and that I don't use them, but I have also started using the 'Bubble technique' which I recently came across and guys – it really, really works.

The Bubble technique, in case you are wondering, is a mindfulness technique that teaches children how to manage and deal with their emotions, especially when they get upset or angry.

How does it work?

When your child feels angry or overwhelmed, get them to step away from the situation and take a moment to breathe and try to 'pop the angry bubbles' that they have in their tummy.

END_OF_DOCUMENT_TOKEN_TO_BE_REPLACED

The idea here is that not only will focusing on their breath help calm them down in the middle of a tense situation, but the action of popping the bubbles will act as a focus, and helping them take control of the situation, literally popping their anger away until they feel better and calmer.

Mindfulness, according to the experts, is a brain exercise where the person focuses on a single object—your breathing, sounds around you, or even chewing your food. This act of “being present” and focus can recalibrate the brain.

And, as it turns out, you can actually change the physical formation of your brain when you regularly practice mindfulness. One of the specific areas that is changed is your fight or flight center - the amygdala. The amygdala is our body’s command center for dealing with stress and it physically shrinks when a person regularly practices mindfulness. Whereas, the prefrontal cortex, which is responsible for decision-making and awareness becomes thicker.

What does this mean for kids? Less stress and better awareness and decision-making = happier, calmer and less angry kids.

Which, you know, sounds all sorts of amazing, no?

I tested this with my 7-year-old, explaining to him how, when he gets angry, we will try to pop his angry bubbles away – and the next time something made him lose it, I reminded him how we were going to do the bubble thing, and then we both sat down on the floor – in the garage – and popped his bubbles away. At first he seemed to just find it a bit funny and giggled as I tapped different points on his tummy, but then, little by little, his focus shifted and he tried to help me pop the bubbles, and low and behold, after a few minutes, we got up off the floor, and got on with our day.

We have tested it a few more times since, and every time, he gets better at remembering what to do, and is eager to do it – feeling, I think, that he can now control his response, at least to some extent, the situation and his reaction to it.

And look –don't think there are no more tantrums or fights over plastic dinosaurs or over-tired tears, because there are, but I can absolutely see the mindfulness technique working and being something that will benefit him, not just now, but also, hopefully, as he grows and, to an even greater degree, needs to be able to control his own reactions and his own happiness.

Tell us – have you tried any mindfulness techniques with your children? How is it going? Let us know in the comments!

popular
Bride asks for divorce day after wedding following groom's disrespectful cake stunt
Police believe they know what happened to missing dog walker Nicola Bulley
Parents believe CoComelon causes tantrums and speech delays in toddlers
Students given £500 after uni was unable to give them their degree certificates at graduation
Dad admits he hates his daughter's name so much it makes him uncomfortable
Entrepreneur schoolboy has made £1,000 from selling sweets
Molly-Mae's nursery leads to spike in demands for replicas
You may also like
1 week ago
Parents are banning grandparents from changing nappies to 'protect baby's privacy'
1 week ago
Is it time to get rid of children's bedtimes?
2 weeks ago
Expert reveals why you should never say "I'm leaving without you" to your child
2 weeks ago
"To all my friends with babies, I apologise."
1 month ago
Should I let my 6-year-old daughter dye her hair or is she too young?
1 month ago
Little girl heartbroken after only two people show up at her birthday for odd reason
Next Page