Don't expect the super pregnant to give too many f*cks about much of anything. They are mainly just concentrating on not weeing themselves and not moaning out loud about how uncomfortable they are.

Once you're operating with a small human, who is actually the size of a melon, squished inside your body all bets are off regarding how much crap you're willing to tolerate.

11 Things That I'm Just Not Willing To Do Now That I'm Super-Pregnant:

The only way I can be enticed out is with the promise of soft furnishings and blankets and pillows. Basically, if the social occasion is held in a replica of my bedroom, I might consider attending.

2. Being awake after 9pm

This isn't for lack of trying, by the way, every night by the time nine rolls around where ever I am the sleep just overcomes me and I awake nine hours later to The Toddler mauling my face where I lie.

END_OF_DOCUMENT_TOKEN_TO_BE_REPLACED

4. Being nice to virtually anybody

All I'm saying is God help the next driver who gestures at me to *hurry* across the road while lugging my bump and my unwilling toddler.

5. Staying in any position for long periods of time

Someone roll me over, dammit. 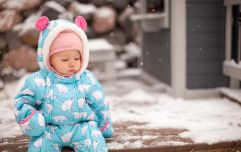 END_OF_DOCUMENT_TOKEN_TO_BE_REPLACED

If it's gone to the floor; it's over. Goodbye, pen; goodbye Malteaser I dropped earlier; goodbye phone...

In fairness, I don't really need a special excuse to drop blow jobs from the agenda. "I've got a stuffy nose." or just "Ick, I don't actually want to suck on a pork loin." will suffice. 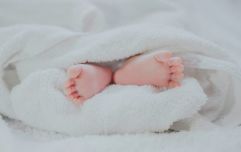 END_OF_DOCUMENT_TOKEN_TO_BE_REPLACED

There is only so much discomfort one can tolerate. During gestation, there are so many aches, pains, itches, sweats, twinges and cramps that if I feel the need to, say, take my tights off in my office during the working day I'm going to go right ahead and do that. Bra has to go too.

11. Life effort of virtually any kind

"I'm carrying your child"; "I'm furthering the species"; "I'm too fat, anytime I try to do something my chub chaffs" are all good excuses for not being willing to do anything when super-pregnant. Wallow in this unique opportunity.

popular
4-year-old girl killed in Sligo caravan park named locally
This mum's post about dying to send her kids back to school is too funny
Tasha's dad responds to Jacques' Instagram video
Musings: I think 'Lawnmower' parenting is damaging for children
Lauren Goodger assaulted and taken to hospital after daughter's funeral
Actor Anne Heche rushed to hospital after car crash
John Legend says he will "never forget" losing baby Jack
You may also like
1 year ago
Worth the wait: 9 reasons NOT finding out the sex of my baby was the best thing ever
1 year ago
10 things to add to your hospital bag (that you probably hadn't thought to pack)
1 year ago
Prepping for a new arrival? Here are all the things you'll need for a newborn baby kit
1 year ago
Fact check: 7 common pregnancy myths you can stop believing now
1 year ago
Some women apparently feel 'phantom' baby kicks even years after they were pregnant
1 month ago
Mum asks what baby name combos to avoid and the results are hilarious
Next Page