Those are some glad rags...

Yesterday marked the first Monday in May – and the first time the Met Gala returned to its usual date after its cancelled 2020 and postponed 2021 events.

It doesn't feel like that long ago we were declaring September's Met Gala the ultimate mam's night out after the pandemic disrupted such events, but the day after fashion's biggest night is upon us once more.

Last night, celebs took to the NYC red carpet under the theme of 'Gilded Glamour and White Tie' – 'Gilded' referring to either being thinly veiled in gold or a period of industrialisation and economic prosperity in North America in the late 1800s, and 'White Tie' referring to a step above black tie.

We're happy to report that for better or worse, our fave celeb mams showed up and showed out for Met Gala 2022. Take a look and enjoy some armchair criticism as we report live from a play mat, still in our jim-jams.

A fan favourite when it comes to Met Gala looks, Blake Lively was co-chairing this year's event with husband Ryan Reynolds. Wearing a custom Atelier Versace dress that transformed when unfolded, the mother-of-three appeared to pay tribute to the changing colour of the Statue of Liberty. The Statue's outer layers are copper, so it had the same colour as a penny when initially unveiled in 1886. The iconic blue-green colour we know it by today was in full force by 1920, due to oxidisation.

A post shared by The Daily Front Row (@dailyfrontrow) 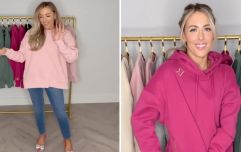 END_OF_DOCUMENT_TOKEN_TO_BE_REPLACED

Unlike some of her celeb counterparts, SJP knows how to follow a theme. She and Christopher John Rogers worked together on building a look that paid homage to Elizabeth Hobbs Keckley, a former slave who went on to become the official dressmaker of First Lady Mary Todd Lincoln and therefore the first Black female fashion designer of the White House.

Thinly veiled in gold, Kim Kardashian wore the iconic dress Marilyn Monroe was wearing when she sang 'Happy Birthday Mr. President' to JFK in 1962. Both women represent the overlap of celebrity and politics that has been a mainstay in American culture for some time.

Sophie Turner and Joe Jonas' second child will be able to brag that they made their Met Gala debut before they were even born. The couple confirmed Sophie's pregnancy as they cradled her baby bump in matching Louis Vuitton.

.@iamcardib is giving #GildedGlamour on the 202 #MetGala red carpet. ✨ 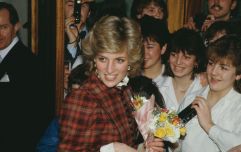 END_OF_DOCUMENT_TOKEN_TO_BE_REPLACED

Returning to the Met Gala after the birth of her baby boy in September, Cardi B proved all that glitters really is gold in Versace. And just in case you didn't quite catch all the Versace details on the gown, she walked the red carpet alongside Donatella herself.

We're not exactly sure how Kylie Jenner's snapback wedding look fits the theme, but we're happy to see the new mam-of-two looking thick as thieves with her older sister. Kylie wore Off-White and revealed that she and the brand's late founder, Virgil Abloh, were supposed to go to the Met together before its 2020 cancellation. In an Instagram post, the youngest Kar-Jenner paid tribute to the designer, who died from cancer in November 2021.

Alongside her younger sister, Khloe Kardashian finally made her Met Gala debut in a Moschino gown that seemed to match Kim's Marilyn Monroe look. Both were golden and placed a heavy focus on the silhouette. But where Kim's was a piece of fashion history spanning decades, Khloe said hers was thrown together "in like ten days".

Okay, we admit: when we first saw Gigi Hadid in this Versace number without the coat, we had no idea how it fell under the theme. But the grandeur of the coat certainly mimics the exaggerated sleeve and skirt shapes of the gilded era. Versace explained the puffer was a "modern interpretation" of coats from the time for a "new age of glamour".

popular
Bride asks for divorce day after wedding following groom's disrespectful cake stunt
Police believe they know what happened to missing dog walker Nicola Bulley
Entrepreneur schoolboy has made £1,000 from selling sweets
Molly-Mae's nursery leads to spike in demands for replicas
Parents believe CoComelon causes tantrums and speech delays in toddlers
8 foods that can actually help your baby sleep better (no really, it's true!)
Going on solo holidays is good for mothers, science says
You may also like
3 months ago
F&F at Tesco partners with Abbey Clancy for A/W 2022 and we want it all!
3 months ago
PrettyLittleThings are launching an inclusive range of mastectomy lingerie
4 months ago
Autumn is back and so is my temporary body confidence
5 months ago
Brown Thomas offer 20% off to impacted customers following pricing error
8 months ago
'Coastal grandmother' is the viral 2022 fashion vibe you did not see coming
9 months ago
Penneys just launched collection of dry robes and wetsuits for the whole family
Next Page