When I heard my child had fallen behind, I thought my homeschooling was to blame.

Education-wise, the focus throughout the pandemic has always been on exam students. I said countless times during the past year how grateful I was that my child was ‘only’ in First Class so she wouldn’t really feel the effects of missing out on so much school.

But what I failed to realise was, the younger years really count. It’s when children grasp the basics in reading, writing, spelling and maths, which leads them to be better able to advance in the years to come.

On Friday evening, my phone rang. It was my daughter’s teacher, who explained to me that my child had received a low score in one of the standardised tests she had taken in the previous weeks. She didn’t want me to be alarmed when the report cards got sent out this week. I was flummoxed.

The teacher reassured me that my child was doing great overall and that she had no doubt she would catch up on this one thing next year. But as soon as the call ended, the guilt crept in. Was it my fault that she had fallen behind? Were my attempts at homeschooling not up to scratch?

I guess, like everyone else, my journey with homeschooling was up and down. Some days we absolutely nailed it. And some days it just got too much. There is no way of knowing whether she would have got the same result, pandemic or no pandemic, but I couldn’t stop the doubt creeping in. My heart literally sank. 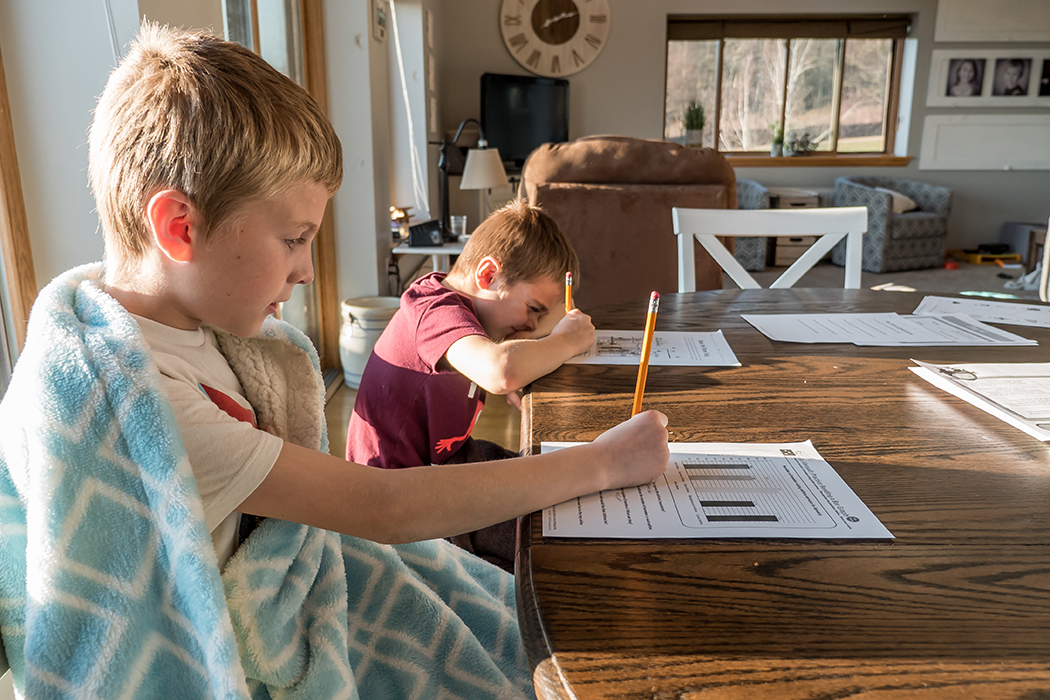 And speaking to some other parents, I wasn’t the only one to get a dreaded phone call. I realised how wrong I was to think so much time off school would have no lasting effects.

School reports are funny things. Mine were usually grand until you got to the PE section, where it would say something like ‘good effort’, which was a stretch at best! But similar to the Leaving Cert results, they don’t really tell the bigger picture.

What’s missing from those school report cards is the huge amount of non-academic lessons our kids have learned this year. Their little minds have learned how to survive and how to overcome fear of the unknown. They have spent more time than ever exploring the great outdoors. My seven-year-old learned how to knit, something she would have never taken up had we not been desperate to fill a few hours.

So, for anyone who receives a report this week from a younger child, and it’s not what you expected, do yourself a favour and file it in the ‘memories from the toughest year ever’ category. It’s not your fault, it’s not the teacher’s fault and it’s certainly not the child’s fault. It’s the result of a year no one really knew how to handle. And while your child might have fallen slightly behind academically, they no doubt have excelled in the school of life.

As parents, we can focus now on how we can do little things to get our children back on track in September. But the summer holidays are for giving ourselves a break and getting back to normal after a year of doing our absolute best, both inside and outside the classroom.

Kate White is a writer, sub-editor and mammy to two little girls. She lives in north county Dublin with her farmer husband, but you'll never catch her in a pair of wellies. Tea is her best friend.


popular
Prince William and Kate concerned about what the future holds for George
Three people arrested on suspicion of murder after five-year-old boy is pulled from river in Wales
Donegal child hospitalised following dog attack
Love Island's Malin Andersson announces pregnancy after baby girl's death
Kit Harington says you "don't get a break" from parenting
3 soothing homemade ice lollies for teething tots... whatever the weather
Former Belvedere student says abusive Fr. Joseph Marmion "targeted kids with health issues, whose families weren’t rich"
You may also like
5 months ago
Maths is harder than ever for parents says study – and tell us something we don't know
5 months ago
'I'm done': This mum's viral post nails how we are all feeling about homeschooling right now
5 months ago
All primary school kids to be back in classrooms before March 15th, says Minister for Children
5 months ago
School-age kids will love getting creative with these embroidery, sewing and macramé kits
5 months ago
If you think homeschooling is hard – spare a thought for Sue Radford right now
5 months ago
IKEA launches Swedish lessons to help keep kids entertained during lockdown
Next Page