SJP says she wouldn't be okay with Kim Cattrall appearing on 'And Just Like That...'

"There's just too much public history."

WARNING: This article contains spoilers for the first season of And Just Like That...

Fans who were holding out hope that Carrie Bradshaw and Samantha Jones would one day appear on-screen together again are more than likely going to be disappointed, according to Sarah Jessica Parker herself.

The actress has said she doesn't think she'd be okay with Kim Cattrall making a return as Samantha to the Sex and the City franchise.

And if that didn't squash our hopes enough, And Just Like That... show runner Michael Patrick King revealed that they didn't even ask her to join the spinoff, "because she’s said what she had said".

The revelations were made when the pair were interviewed by Variety, during which SJP was asked if she'd be okay with her former costar coming back as fan favourite Samantha.

"I don't think I would, because I think there's just too much public history of feelings on her part that she's shared," the 56-year-old said. 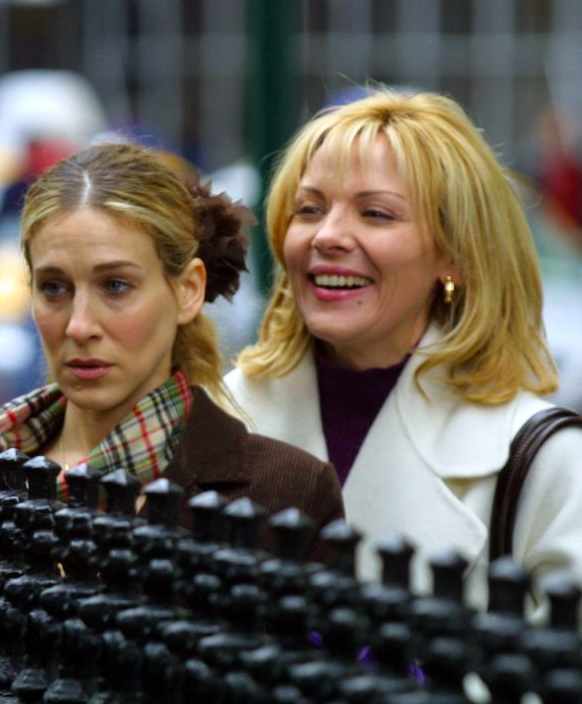 Adding that she tries not to engage in the feud or pay heed to what's being written about it, she said: "I haven't participated in or read articles, although people are inclined to let me know."

END_OF_DOCUMENT_TOKEN_TO_BE_REPLACED

Rumours the two women didn't get along behind the scenes were rife from as early as the mid 00s, but their feud was publicly confirmed in 2018 when Kim's brother passed away.

SJP posted condolences on Kim's Instagram, which Kim implied was done for publicity and accused her of being “cruel” and a “hypocrite”.

Kim, 65, has long maintained that she was done with the franchise after the second movie. Addressing Samantha's absence from the reboot, the first episode explained she had moved to London for work after Carrie let her go as her publicist.

Yet the character maintained a presence throughout the series as she communicated with Carrie through text and sent condolences after Mr. Big's death. In the season finale, Carrie travelled to Paris to spread his ashes into the Seine River and made plans to meet Samantha the following day.

"We didn't go to Kim for this, you know," SJP continued. "After we didn't do the [third] movie and the studio couldn't meet what she wanted to do, we have to hear her and listen to her and what was important to her. It didn't fit into what was important or needed for us." 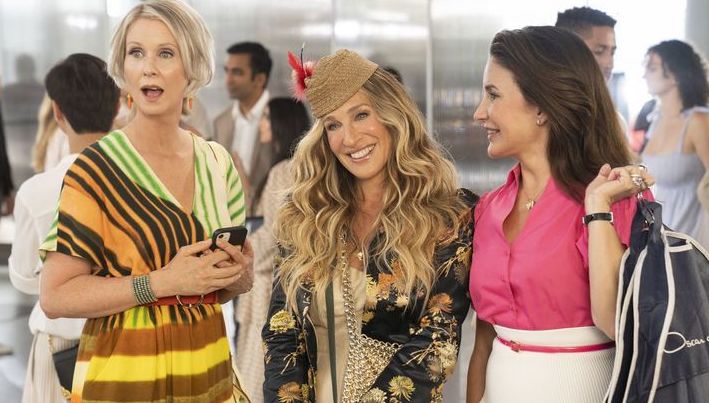 She added that there is a "very distinct line" between Kim and her iconic character, stating: "Samantha's not gone. Samantha's present, and I think was handled with such respect and elegance. She wasn't villainised. She was a human being who had feelings about a relationship, so I think we found a way to address it which was necessary and important for people that loved her."

On the two characters' in-person reconciliation, SJP said: "A friendship with that amount of time underneath it is really valuable... I think that the conversation was grown up. I think it was a détente. I think it allows for comfort on all sides."

“Magically thinking, it’s great to have Samantha,” Michael Patrick King added. “I have no realistic expectation of Kim Cattrall ever appearing again.”

popular
Kelsey speaks out about moving on after Tom Parker's harrowing death
7 Christmas markets and Santa experiences to visit with kids this winter
"Enhanced x-ray technology" being trailled at Dublin Airport could lead to removal of 100ml liquid rule
Boy seriously injured after alleged dog attack in Wexford
"I know it's scary": Westlife's Mark Feehily diagnosed with pneumonia
"I have been shaken": Kim Kardashian addresses Balenciaga's disturbing campaign
Warning issued to Irish parents after increase in RSV cases
You may also like
6 days ago
Carl Woods confirms break up from Katie Price
2 weeks ago
Paul Mescal details "rude" interaction with fan
2 weeks ago
The Bold Type star Katie Stevens expecting first child
2 weeks ago
Too early? Stacey Solomon shocks fan after they spot Christmas tree in her house
1 month ago
James Corden claims he hasn't done anything wrong after restaurant ban
1 month ago
Kaley Cuoco and Tom Pelphrey expecting first child together
Next Page