They wanted to show how simple it was.

A pro-choice activist has taken an abortion pill like on television in the US during a debate on Fox 2.

Marking the 49th anniversary of Roe v. Wade, when the Supreme Court ruled that abortion is a constitutional right, the activist was invited onto the show to speak about the issue.

Reproductive healthcare advocate Jex Blackmore spoke to anti-abortion activist Rebecca Kiessling, both giving their sides of the argument when they got to the topic of the abortion pill which can be delivered by post.

Showing how easy and simple it is, Jex swallowed the pill live explaining to host Charlie Langton: "I want to show you how easy it is, how safe it is, by taking it myself."

Jex, whose pronouns are she/they, then popped the pill into her mouth before swallowing it with water, noting that they actually were pregnant. 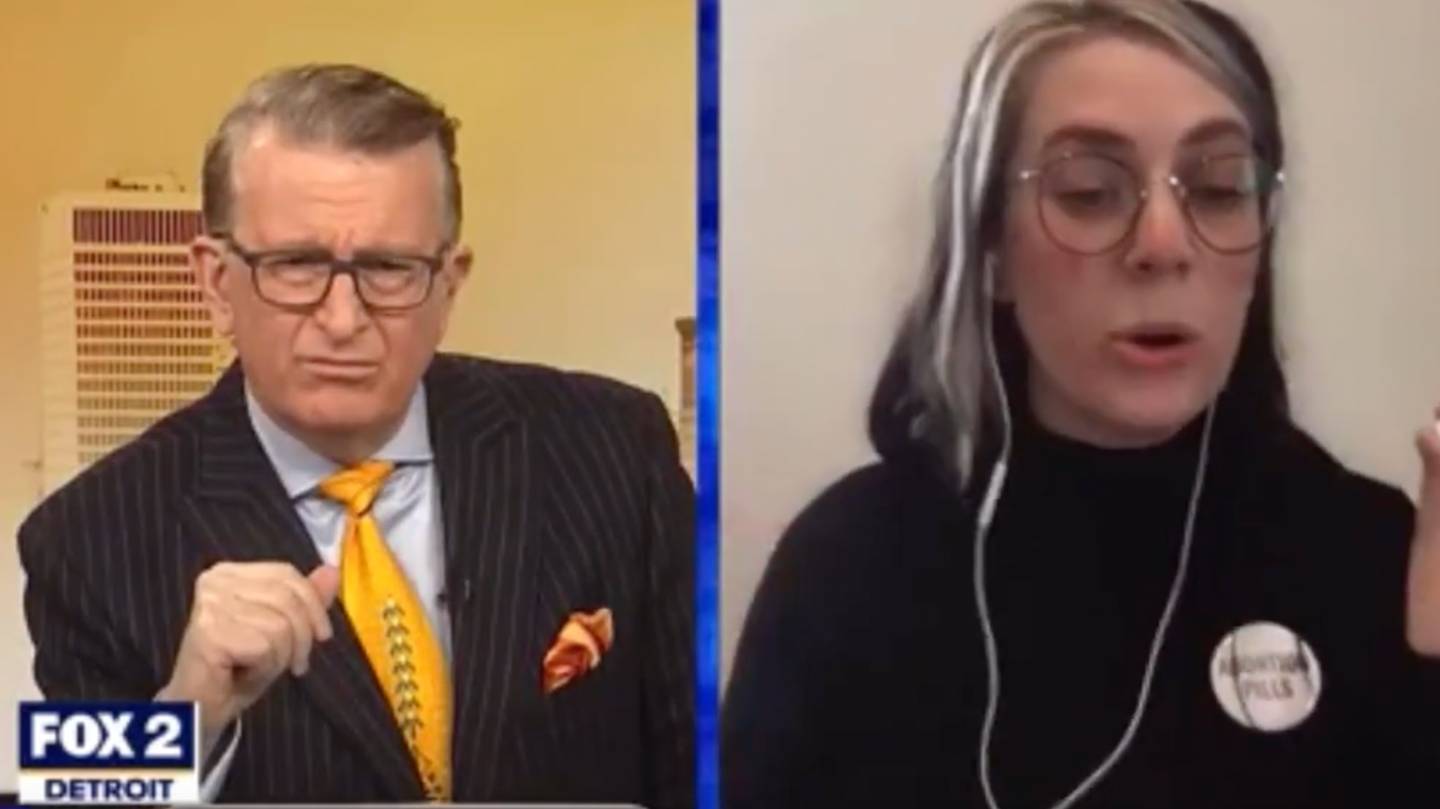 "I would say that this is going to end a pregnancy...This will be my third abortion," she said.

END_OF_DOCUMENT_TOKEN_TO_BE_REPLACED

Jex later confirmed in an email that she did take mifepristone, otherwise known as the abortion pill, and is one of two tablets that is used for abortion up to 10 weeks.

"Abortion is a common and safe medical procedure surrounded by stigma. Stigma keeps people silent about their personal experiences and creates space for harmful, inaccurate narratives," they said.

"My action was intended to dispel some of those myths, misinformation, and stigma. I wanted to share, that for many of us, it's a simple process and with mail-order pills, we can have an abortion on our own terms."

The case of Roe v. Wade is currently at risk of being overturned by the Supreme Court, meaning that abortion could be made illegal again in numerous states.

popular
Man and woman charged with murder of four year old boy in 2021
The Lidl Farm has opened for free school tours
Today FM's Paula MacSweeney welcomes baby boy
8-year-old Ukrainian girl 'out of danger' after stabbing in Co. Clare
Kelly Clarkson admitted she spanks her children if they misbehave
"Ireland belongs to the Irish": Woman confronts Princess Kate during Belfast visit
Samantha Womack to start chemotherapy after breast cancer diagnosis
You may also like
1 week ago
Tayto Park has been renamed Emerald Park
1 week ago
Why Cuba's redefinition of the family is so significant
1 week ago
Extra child benefit, IVF and free GP care: Key takeaways from Budget 2023
1 week ago
Son sues parents for throwing out his porn collection... and wins
1 week ago
Budget 2023: Parents will not have to pay for primary school books from next year
1 week ago
Hilaria and Alec Baldwin welcome baby #7 together: 'We are overjoyed'
Next Page