A mum has urged parents to be careful when their children are watching Cocomelon on YouTube.

She revealed she was watching the popular show with her daughter, but it wasn't a regular episode of the show.

Someone had created a fake Cocomelon account on YouTube that looks like the real thing. However, throughout the episode creepy character 'huggy wuggy' appears on the screen.

"Please be careful with what your children are watching. My daughter who is two came across this, good job I watch YT with her!"

She added: "Just want to add, my daughter gets 1 hour a day of iPad time, and it’s monitored by me. She normally watches films on Netflix or Disney plus."

Parents couldn't believe someone would edit the video to scare young children.

One said, "I jumped a mile! it's awful that people feel the need to do this! hope your little one is okay!"

@charliemarie99 Pleae be carful with what your children are watching, my daughrt who is 2 cane across this, good job i watch YT eith her! #fypシ #momsoftiktok #foryou #fyp #youtube ♬ original sound - Charlie?? 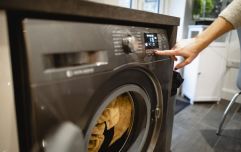 END_OF_DOCUMENT_TOKEN_TO_BE_REPLACED

Another stressed that she should make sure her daughter only uses YouTube for Kids.

Another added, "We use YouTube kids app. You can control what videos are filtered for them to watch."

Some people found the video hilarious and said it wasn't scary at all.

"My sister made me watch ring when I was 8. This isn’t that bad," one said.

Another quipped, "I’d probably get my child to watch it anyway to see his reaction."

The video has since been removed from YouTube, but there are many similar ones on there. This is why children's screen time should be monitored at all times.

popular
Breaking: Female child found with severe injuries in Co. Clare
Fans defend Khloe Kardashian for posing in hospital bed with her newborn
School threatens to suspend pupils who don't follow "outdated" uniform rules
Vaccine programme to roll out in primary schools
Extra child benefit, IVF and free GP care: Key takeaways from Budget 2023
Girl found injured in Co. Clare house is in critical condition
Budget 2023: IVF to be publicly funded and free contraception for under 30s
You may also like
2 months ago
Irish heatwave: Warning issued to public over dangerous temperatures
3 months ago
Warning to parents after popular chocolate spread is recalled
4 months ago
Warning issued to dog owners about the "big stretch"
4 months ago
Gardaí investigating attempted abduction of 7-year-old boy
4 months ago
Gardaí say man stalking female sea-swimmers is "a danger to women"
5 months ago
Parents told to be vigilant after child dies from rare strain of hepatitis
Next Page