This is so heartwarming.

New Zealand speaker Trevor Mallard has gone viral after photos of him feeding a co-workers baby during a debate were shared across the internet.

Mallard, who is a speaker in New Zealand's House of Representatives, posted an image on his Twitter page of him feeding MP Tamati Coffey's newborn son while in the speaker's chair.

Normally the Speaker’s chair is only used by Presiding Officers but today a VIP took the chair with me. Congratulations @tamaticoffey and Tim on the newest member of your family. pic.twitter.com/47ViKHsKkA

Mallard posted two photos along with the caption;

"Normally the Speaker’s chair is only used by Presiding Officers but today a VIP took the chair with me. Congratulations @tamaticoffey and Tim on the newest member of your family."

This is not the first time that New Zealand has made headlines for its progressive stance on children in the workplace after its Prime Minister Jacinda Ardern brought her baby to work in New Zealand and to the Nelson Mandela peace summit. 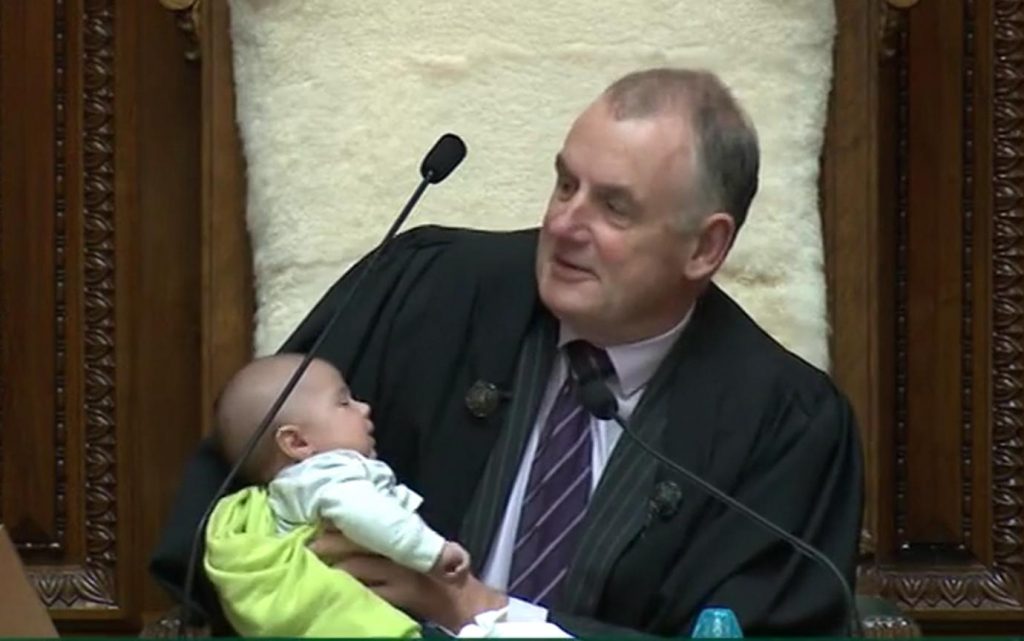 "Good on you sir. This is a wonderful pic and an amazing way to show the human side of politics."

Father of the newborn and MP for Waiariki Tāmati Coffey also shared photos and news reports of the sweet moment along with photos of himself with his baby at work.

Lovely to have a baby in the House, and what a beautiful one @tamaticoffey pic.twitter.com/EP6iP9eQES

Tāmati Coffey announced he was gay in 2009 during an interview and he and his partner Tim Smith wed in a civil union in 2011.

popular
It looks like Ireland could get a white Christmas this December
Has Molly Mae Hague accidentally revealed her baby's gender?
Today FM's Paula MacSweeney welcomes baby boy
These baby girl names were used only five times last year
Kelly Osbourne responds to backlash over deciding not to breastfeed
Woman who revealed identity of Ana Kriegel's killer says it was "the biggest mistake"
Here are the baby name trends set to dominate 2023
You may also like
9 months ago
New Zealand to ban cigarette sales to future generations- should Ireland do the same?
10 months ago
New Zealand politician cycles to the hospital to give birth – AGAIN
1 year ago
"Tragic incident": Mum charged with murder of three children in New Zealand
1 year ago
New Zealand approves automatic paid leave after miscarriages and still births
1 year ago
New Zealand brings in automatic paid leave after miscarriage or stillbirth
1 year ago
Auckland, New Zealand's largest city, enters sudden lockdown
Next Page