Scientists claim we are really only beginning to understand just how important the bacteria flora in our guts is to our overall health and wellness.

In fact, it is now becoming clear how those tiny microbes inside our tummies play a major part in anything from our mental health, to allergies, weight and even, for kids, their moods and tantrums.

According to a 2015 study published in the journal Brain, Behavior and Immunity, the amount and combinations of certain gut bacterias found in the gastrointestinal tracts of toddlers between 18 and 27 months appear to impact behavior, especially in boys.

“There is definitely communication between bacteria in the gut and the brain, but we don’t know which one starts the conversation,” explains study co-author Dr. Michael Bailey.

“Maybe kids who are more outgoing have fewer stress hormones impacting their gut than shy kids. Or maybe the bacteria are helping mitigate the production of stress hormones when the child encounters something new. It could be a combination of both," says Bailey.

Bailey and his team of researchers at The Ohio State University examined stool samples from 77 children. What they found was that kids with the most diversity in their intestinal microbes were more often engaged in behaviours linked to things like positive mood, curiosity, sociability and impulsivity.

Interestingly, curiously, extroverted and adventurous personality traits were not found to be linked to the presence of certain bacteria in girls, but boys only, leading the researchers to conclude that the link between gut bacteria and the brain is more consistent in boy children. 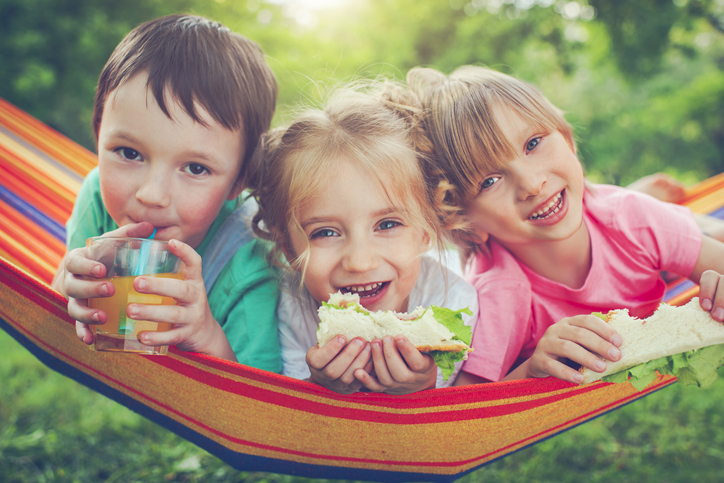 But, according to Mother.ly, even among the girls in the study, there were some associations between the intestinal microbiome and behaviour.

Self-restraint and cuddliness were associated with a lower diversity of gut bacteria, while girls with an abundance of a certain kind of bacteria (Rikenellaceae) appeared to be more fearful than their peers with a more diverse gut microbiome.

Much research is being conducted at the moment trying to find links between gut bacteria and the brain, but a lot is still unknown. Scientists can't yet say exactly how the gut microbiome influences human behavior—just that there’s definitively a link there.

Adding to the confusion is that, according to experts, there is no such thing as the perfect gut microbiome, as this most likely varies from person to person. What we do know, however, is that what we eat and how our diet looks has a mjor impact on our gut health. Sugar, for instance, is a know offender when it comes to upsetting the natural balance in our tummies, and research shows it feeds the bad bugs, creates dysbiosis, and leads to yeast overgrowth (like Candida).

More research is needed to be able to paint a fuller picture of just how much microbiome matters, but there is no denying that there is a link there, says Bailey.


popular
The 30 baby names that are going to be super popular in 10 years time
Unstructured play is vital for kids, so we need to stop entertaining them
10 beautiful baby girl names none of your friends will have thought of first
Kristen Bell reveals the potty training hack that finally helped get her daughter out of nappies
Flower power: 11 cute baby names perfect for your summer baby
10 baby boy names forgotten in time – that we reckon deserve a second chance
14 super sweet and short Icelandic names perfect for baby girls
You may also like
3 days ago
Fresh starts: 25 small lifestyle changes that will make you happier and healthier
5 days ago
Here is why you should always take a picture of your oven before you go on holidays
5 days ago
The morning wellness routine I started during lockdown that I now can't live without
6 days ago
Your postpartum body: Everything you need to know about vaginal dryness
1 week ago
Don't worry – being a 'good enough' parent is actually good enough, study finds
1 week ago
Reese Witherspoon drinks the same smoothie every single morning – and here's why
Next Page