Did Pete Davidson get a tattoo of girlfriend Kim Kardashian's kids?

Is it another one for his collection of romantic tats?

Pete Davidson is once again making headlines for his tattooed dedications to girlfriend Kim Kardashian – which this time might include her kids.

Ahead of their first Met Gala together as a couple, the pair were photographed leaving the Fonda Theatre in Los Angeles last week.

Eagle-eyed fans have since zoomed in on the paparazzi shots to find a new tattoo on Pete's neck.

The tattoo appears to read 'KNSCP' – believed to stand for Kim, North, Saint, Chicago and Psalm.

While neither member of the couple have publicly acknowledged his new ink, fans are convinced it can't be a coincidence. Not only do the letters match the first letters of Kim and her children's names, the order they're listed in matches the order Kim's kids were born in.

END_OF_DOCUMENT_TOKEN_TO_BE_REPLACED

If it is a dedication to Pete's romance with the reality star, it wouldn't be the first he got etched on his body.

Kim previously shared that the comedian has several tattoos dedicated to her, with her personal favourite reading 'my girl is a lawyer'. 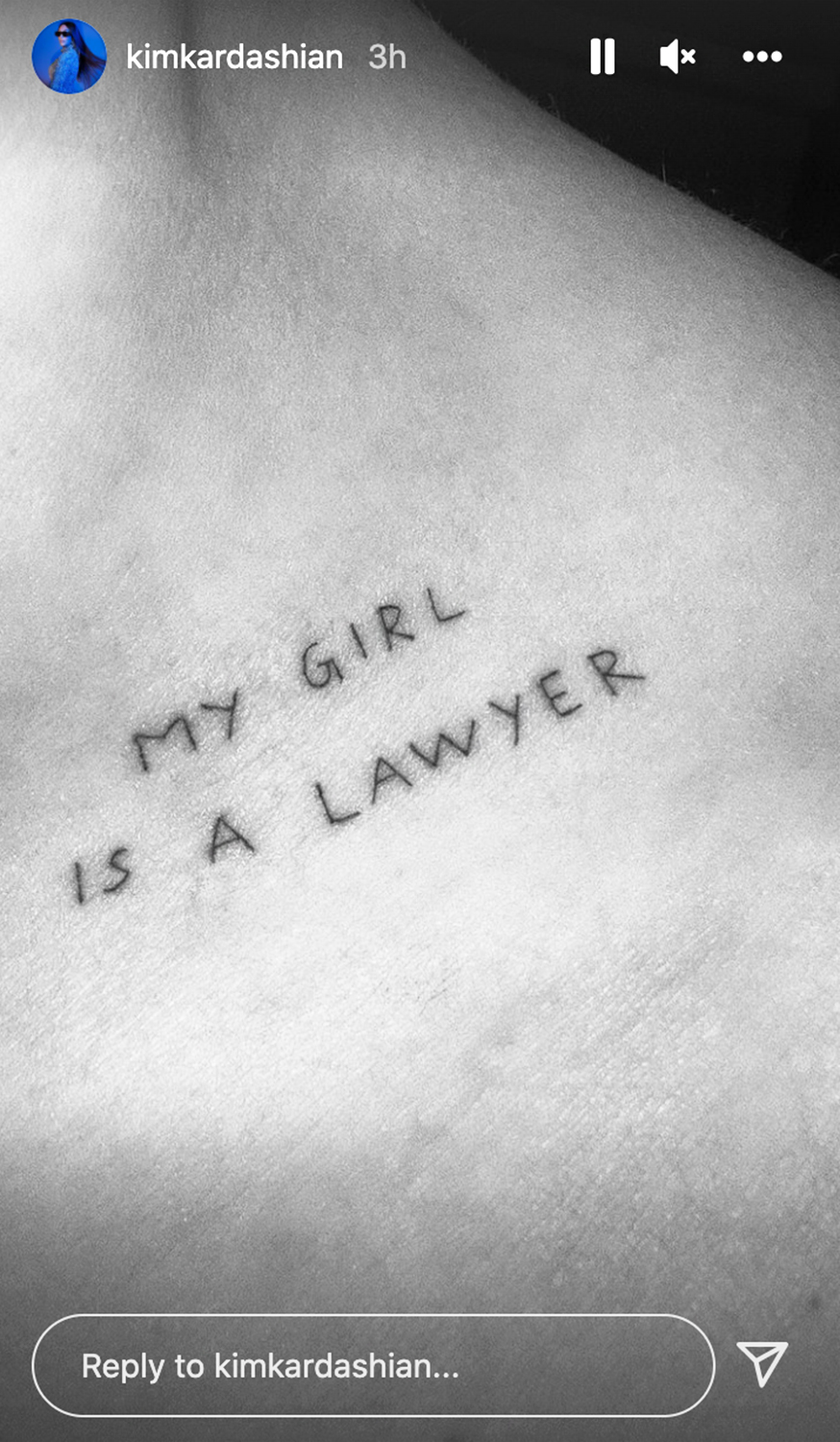 She also stunned viewers of the Ellen show by revealing Pete "wanted to do something that was really different" and went one step further in getting her name iron-branded onto the skin of his chest.

"I think he was like, 'I want something that's there that I can't get rid of,'" she explained. "He's like, 'I don't want to be able to get rid of it or to cover it up and I just wanted it there as a scar on me.'"


popular
Study says that these childhood experiences can affect our health for life
Brad Pritt reveals he may have rare condition prosopagnosia
2-year-old boy orphaned after losing both parents in Highland Park shooting
Chris Pratt responds to backlash over 'healthy daughter' comment
Should I let my 6-year-old daughter dye her hair?
Nappy rash: 3 simple tips for keeping your baby's bottom rash free
Parents sue TikTok after their daughters die during 'blackout challenge'
You may also like
2 months ago
Kim Kardashian says she'll "hopefully" have one last wedding: "Fourth time’s a charm!"
2 months ago
Pregnant Rihanna couldn't attend the Met Gala – so a marble statue of her came instead
2 months ago
The Met Gala once again showcased La La Land's most glam mamas
2 months ago
Pregnant Sophie Turner says becoming a mum made her a better actress
2 months ago
Met Gala 2022: What happens inside the event and where do the funds go?
2 months ago
This film puts a twist on Bonnie and Clyde-esque romances... by including cannibalism
Next Page