One mum is worried about the swimming costume she bought her daughter.

One mum was stunned when a woman said her daughter's bikini "sexualised" her.

The mum and her husband were on holiday with their two daughters, aged 2 and 8-months.

They were enjoying a day at the pool, but it was tainted by one woman's nasty remarks.

She told Mumsnet, "My husband overheard some women looking at me and our daughter, discussing that the bikini she was wearing "sexualised" her."

The mum said it is a Little Mermaid bikini with frilly details and sparkles.

Her daughter picked it out herself and loves it, the mum shared.

Her husband called out the woman's awful remarks. 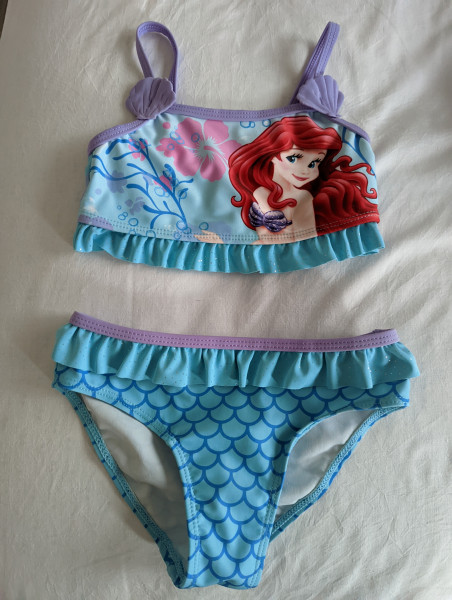 "He took great joy in chipping in that it's only sexualising her if you look at it that way, before telling them that's his daughter." 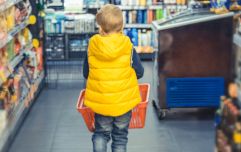 Is it wrong to let my 4-year-old son go to the shop on his own?

END_OF_DOCUMENT_TOKEN_TO_BE_REPLACED

"I honestly never even thought about it that way, to me she's just a little 2-year-old girl in a Disney outfit," the mum admitted.

"I have never come across anything like this before and it's the first time she's worn it."

The mum said she should be able to dress her daughter in what makes her feel confident.

"It's their problem they don't think it's appropriate, not mine,  but, I'm open for debate."

She asked fellow mums if they thought the swimming costume was appropriate or not.

"Were they out of order, or should I not let my 2-year-old show her bare tummy in a public place?"

Many agreed and said the woman was out of line and said she should mind her own business.

However, others felt her daughter was too young.

One said, "I don’t think it’s the bare tummy so much as the pretend bra….bikinis on children make me feel a bit uncomfortable."

"If people are sexualising children because of their clothing, that's their weird problem, not yours!"


popular
Multiple people killed in Denmark shopping mall shooting
I tried 'slow parenting' for a year and I'm never going back
The finale of The Babymakers had us all in bits last night
Say it isn't so: Workin’ Moms’ to end with Season 7
Congrats! Fiona and Eoghan from TV3's The Babymakers welcome twin girls
Opinion: The obsession with routines and sleep training for babies is weird – and stressful
Expert says Cocomelon acts "as a drug" to kids' brains
You may also like
3 weeks ago
Mum confession: Saying goodbye to another school year is bittersweet for parents
1 month ago
Confession: I am raising a real mummy's boy – but this is good news, apparently
1 month ago
Mum confession: I really wish someone had reminded me to get in picture more
1 month ago
Mum confession: I keep this note on my fridge to help me be the mum I want to be
2 months ago
From tot to almost teen: My child's childhood is almost over – and I'm not ready
2 months ago
Kathryn Thomas says bringing her baby girl to A&E was "an outer body experience"
Next Page