Ireland's only breast milk bank has been operating throughout the pandemic, but has seen their supply go down.

The Western Trust milk bank was opened in 2000 and is located in Co Fermanagh, providing breast milk to neonatal units in both Northern Ireland and the Republic. It is the only such facility on the island, and provides vital supplies of milk for premature and sick babies.

The donor milk service has continued operating throughout the pandemic, with 247 babies helped between March and the end of August. However, Covid-19 has put the milk bank under pressure, and it has appealed for more donors.

The human milk bank depends on breast milk donated by mothers of young babies, who express milk at home and then freeze it before dropping it off in batches at their local hospital. It is then brought to Enniskillen by the voluntary Blood Bikers medical transport service, where it is checked, screened, and then sent back out to neonatal units.

Speaking to the Irish Times, Human Milk Bank co-ordinator Liz Bailie explains why it is so vital for the bank to have enough milk.  Liz Bailie.

“It is a medicine for babies. Human milk can’t be synthesised any other way and it helps babies fight viruses and bacteria, especially with an extremely premature baby with an immature brain and eyes, it helps those to develop because it protects the gut . . . and it also helps protect new babies from pneumonia.”

Bailie explains that as well as babies born very prematurely, the human milk bank has also helped twins, triplets and one set of quads last year, as well as “mummies who have had breast cancer and can’t feed their babies”.

She added: “We even give it to wee cardiac surgery babies as well, and their survival rate is far better.” 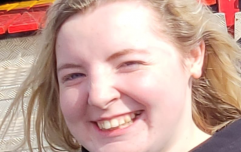 END_OF_DOCUMENT_TOKEN_TO_BE_REPLACED

Bailie explains that the demand for donor milk has increased during the pandemic, and she is concerned the virus has increased the levels of stress among mothers.

As well as this, there have also been changes in the way the donation process works – donors must now keep expressed milk in their freezer for two weeks before dispatch, which has reduced the amount the milk bank receives.

Because mothers can only donate breast milk until their babies are six months old, Bailie explains there is always a need for new donors.

popular
Smyths issues warning to parents ahead of Christmas
Breaking is the haunting novel parents need to read this October
Coco Austin comes under fire for bathing daughter (6) in sink
Here's everything coming to Netflix this October
Riverdale actor Ryan Grantham charged with murder of his mother
Call The Midwife's Helen George reveals baby no. 2's unique name
Kids and teens who eat pasta are nutritionally better off
You may also like
3 days ago
Penneys recalls children's plate over chemical contamination concerns
3 days ago
Brian O'Driscoll brings the wrong dog home from the groomers
3 days ago
Gardaí launch investigation after shooting threat at Louth school
3 days ago
'This is grooming" – parents call changes to sex education curriculum 'sickening'
4 days ago
Gardaí investigating fatal Multyfarnham car fire arrest woman in her 40s
4 days ago
Popular Irish cafe bans customers wearing pyjamas
Next Page