'Please be vigilant about what your children are watching.'

Police in the UK is urging parents to monitor what their children watch on TikTok and YouTube after a new craze is sweeping the video-sharing platforms.

Huggy Wuggy, a creepy killer teddy with razor-sharp teeth is popping up on TikTok, and is singing songs about killing and hugging, and is heard on the video during those watching to 'take their last breath.'

The warning comes after Dorset police reported that Year 1 children had been seen acting out the razor-toothed bear's actions in the school playground, while others have been left traumatised by the TikTok videos, which started as a puzzle game that sees villain Huggy stalking players in an abandoned toy factory.

As well as TikTok, the puzzle game where Huggy Wuggy appears can also be found on both YouTube and Roblox, and has no age rating, meaning the content that comes up is unfiltered.

"There are videos people have made, songs people have made, and it's popping up all over YouTube and Tik Tok using this quite graphic imagery of this bear-like character with razor-sharp teeth," explains Chris Conroy, cyber protection officer for Dorset Police to the Daily Mail earlier this week.

"It's based around jump scares and things you certainly wouldn't want children exposed to."

It can infiltrate firewalls and filters

Because of the character's cutesy name, cyber experts reckon it quite easily slips through any parental or age-related filters.

"If you were to use even YouTube kids, for example, it may slip through because there is nothing obviously sinister about the name of a video," Conroy warns.

"One chilling line says 'I could hug you here forever, till you breathe your last breath together." 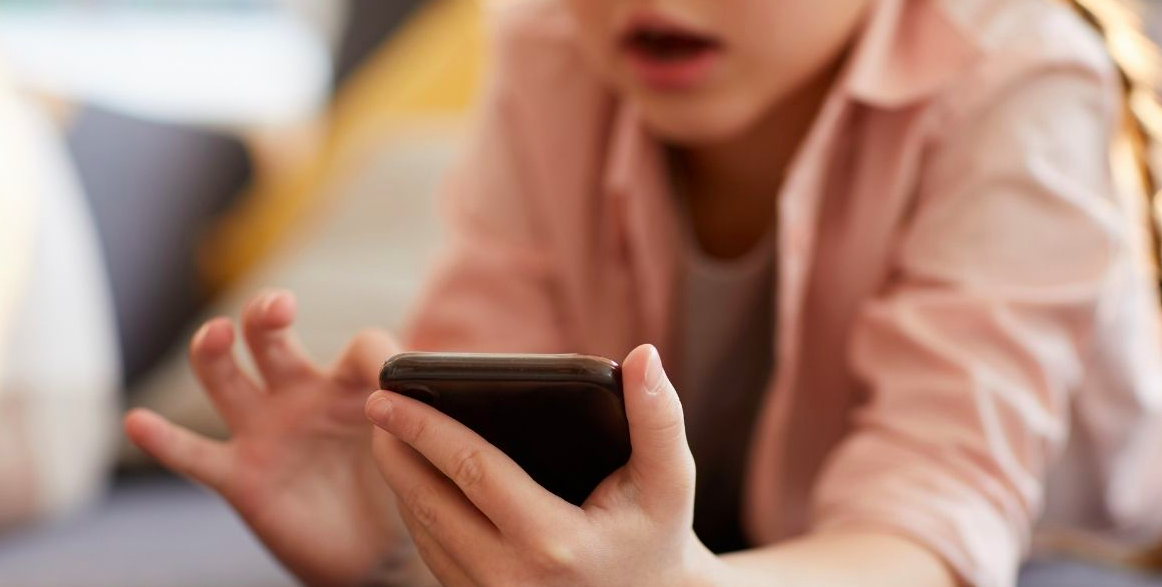 END_OF_DOCUMENT_TOKEN_TO_BE_REPLACED

"My teeth sharp and ready, in my grasp, yeah they're deadly."

The blue bear also invites people to 'lean in for a spine-breaking embrace'.

Speaking about the upsetting videos, mum-of-two Rhia Fearn from Derbyshire explained that she at first thought the bear was harmless when her five-year-old son asked her about it due to the name.

"I was asking him questions about whether he was a goodie, and he was adamant "no he's a baddie and he kills people."

That, Fearn says, was really contradictory because she thought "that can't be right - he's called Huggy Wuggy".

"He said children at school had been talking about it and one of his friends has been watching it, and he told me Huggy Wuggy kills everyone he meets and he's not nice, he's a baddie and he's very mean."

Fearn says she believes it is still accessible on Youtube.

Also speaking to the paper is Justine Brown, a headteacher from Kent, who says parents need to stay vigilant.

"We are seeing children recreating a game on the playground with hugging and whispering nasty things," she warns.

'"t is a very deceiving character, as hugs should be seen as something kind and loving, and because of its cute name, it can infiltrate firewalls and filters. Please be vigilant about what your children are watching."