Opinion: Taking Communion out of school system will sort the believers from the non-believers

"How people send children into church knowing all we know is astounding."

When I think back to when I made my First Holy Communion, I remember the early morning trip to the hairdressers, the mountain of sandwiches my Nanny made for guests, and the pointless white umbrella I had to carry around all day.

I also remember the confession before our school's Communion service, where we're encouraged to tell the priest about terrible things we did. Thinking back on it now makes me uncomfortable because we were only 7 and 8-years-old. I remember asking for forgiveness because I didn't clean my bedroom and didn't let my sister play with my MyScene dolls. Guilt and shame were placed on us and we were only young kids. Kids who still watched Disney movies and played dress-up with our friends. We were made to feel guilty and nervous about menial mistakes we made, all the while the church was covering up years of much darker confessions.

I attended an All-Girls Catholic school so religion had huge power over every aspect of my school life. We studied religion as a subject, attended mass and a prayer was read over the intercom every day. Making your First Holy Communion was a given, not an option. It was an expectation that every 7 and 8-year-old girl was expected to live up to. But should it continue?

Does the religious aspect of Communions actually mean anything to society anymore or is it just a glorified day out and expense for parents? It is now costing Irish parents over €900 for their child's Communion Day. There is so much pressure to find the perfect dress, to host the best party, and to mark the day in the most lavish way possible. People are treating these events like mini weddings with venues being hired for celebrations. Photographers, customised cakes, and live entertainment are even growing in popularity. So much attention is given to the celebration and so little focus on the actual sacrament, proving that the religious element doesn't matter half as much as finding the perfect white ballet pumps that match your daughter's delicate dress. with the tulle skirt and embroidered flowers. Attendance numbers at mass are dwindling, more and more people are turning their backs on the church in Ireland. Is it time for parents, who don't practice or believe in this religion, to opt-out of Communions?

One mum, Roisin Kelly told HerFamily about why she decided against her children making their Communion. "We are nonreligious. My sons are in catholic schools because they are non-fee-paying, local schools funded by the State, and parental fundraising. They are Catholic in ethos only and we opt out of religion lessons.  Neither of them are baptised so Communion wasn’t even on the cards for us. I’m not particularly crazy about the Catholic Church and its horrific history, especially with children," the mum shared.

The main reason behind their decision was the haunting history of the Catholic Church in Ireland. Her family doesn't believe in God, so opting out was the right decision for them, but this can be a tricky conversation to have with young children. You want to make sure they don't feel left out, especially if they're attending a Catholic school.

Speaking about how they approached the topic with their kids, Roisin shared: "We talk matter of factly about it. We encourage tolerance of all beliefs. Our general line is that we have no proof God exists or doesn’t exist but we prefer to see proof of the existence of something before believing it."

The mum added: "Occasionally we joke about the money that changes hands at Communion time but only to take the emphasis off it. On the day of the Communion, my eldest was invited to his friend's communion party and he went. It was fine. There was no consolation prize."

Are parents in Ireland too afraid to rock the boat and step away from these traditional ceremonies? Especially when they're not religious themselves? 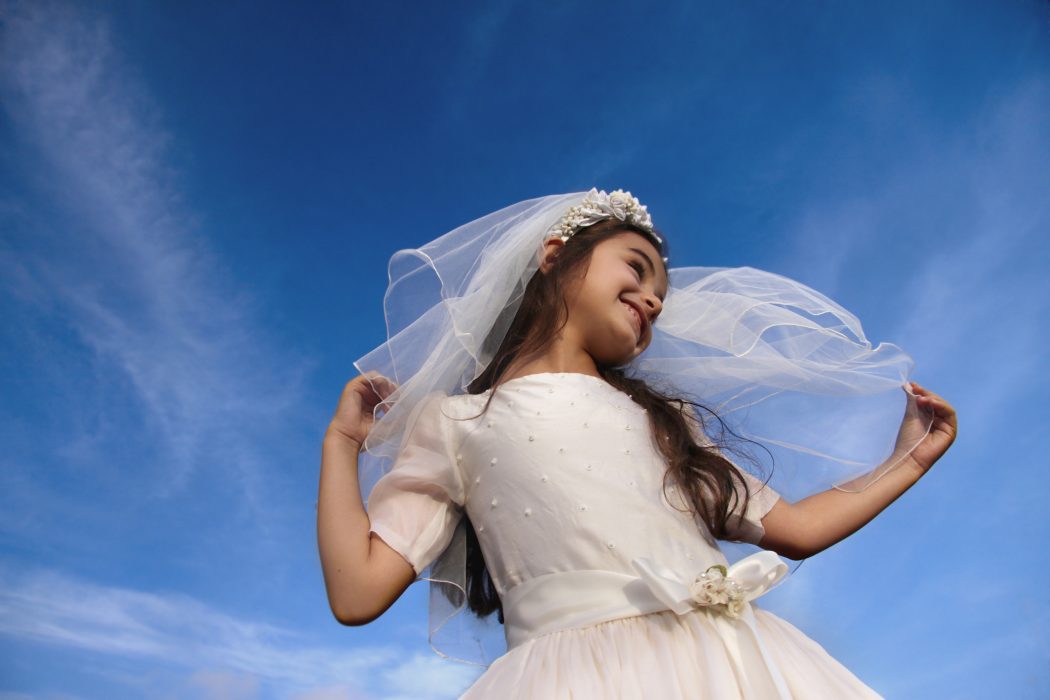 Roisin thinks most nonbelievers who go through with it like the tradition of it, "I think in general there is a worry about upsetting parents/grandparents or even setting their child apart from the other children in the class. I know people who had civil marriage ceremonies and go through the communion/confirmation stuff. I can’t wrap my head around that," she admitted.

The mum continued: "The big thing for me is the Catholic church’s history. I don’t understand how people can reconcile that history with the so-called traditions of communion and confirmation. How people send children into church’s knowing all we know is astounding."

The non-traditional route is worth it, Roisin adds. She said if it is something you'd prefer for your children then why not just go for it. It is you and your children's lives after all. "The baptism barrier is gone. You don’t have to engage with the whole thing if you don’t want to. The more people that honour their real beliefs and opt-out, the quicker religion will be taken off the national curriculum."

"90% of schools in Ireland have a Catholic ethos. That doesn’t really tally with the numbers you see at mass (pre-covid) every Sunday. If you believe in it, cool… but push for it to be an extracurricular module."

"Taking it out of the school system will really sort the believers from the non-believers. If parents have to take their child’s spiritual guidance into their own hands I’m pretty sure you’ll see a substantial drop off in numbers."

If I could go back in time and not dress up as a mini bride, have my parents waste hundreds of euros on one day then I certainly would opt-out. And there's no doubt I'm not the only one. It may be easier to go along with traditions that are steeped in our country's history, but isn't it time to step away from the crowd and follow our own path?