Coronavirus: Babies who are breastfed are 'better defended against outbreak'

It has been dominating the news of late, and now as many as 19 cases of the coronavirus (COVID-19) have been reported here in Ireland.

Early research has suggested that the virus might be less harmful to children, and, more peculiarly perhaps, that as per now, the coronavirus seems less fatal for women than it can be for men.

A recent report suggested that oestrogen and the fact that women have a second X chromosome could also play a role in the decreased mortality rate for females, and laboratory tests on mice infected with SARS showed that female mice died more quickly when oestrogen production was interrupted or their ovaries removed.

“We have already seen this which many respiratory viral infections that men are worse affected," explained researcher Sabra Klein of the Johns Hopkins University explained to the New York Times recently.

Experts are also hypothesizing that the stronger immune response in women is suspected to be an evolutionary survival advantage, as it is mothers who spend more time with their offspring. Other studies have found that as for breastfed babies, they also get these defences in the breast milk, and hence have much better protection against diseases.

La Leche League International recently released a statement on breastfeeding and the coronavirus and it reads as follows:

With over 60 years of breastfeeding experience, La Leche League International stands firm in encouraging all families to recognize the importance of breastfeeding in providing immunological protections to the breastfed child. Most often, babies who are being nursed remain healthy even when their parents or other family members fall ill with an infectious illness. There is a growing body of research showing babies benefit from multiple and diverse immunologic proteins, including antibodies, provided in human milk, particularly through direct breastfeeding. 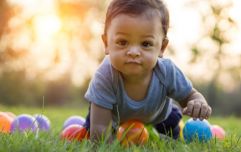 END_OF_DOCUMENT_TOKEN_TO_BE_REPLACED

Those who become infected shortly before giving birth and then begin breastfeeding, and those who become infected while breastfeeding, will produce specific secretory IgA antibodies and many other critical immune factors in their milk to protect their nursing infants and enhance their infants’ own immune responses. At this time, these immunologic factors will aid their infants’ bodies to respond more effectively to exposure and infection. Following good hygiene practices will also help reduce transfer of the virus.

In fact, most studies on the matter agree that breastfeeding remains a mainstay of prevention for numerous diseases and its protective role increases with duration.


popular
No, you’re crying! An Irish mother reunited with her child as she returns from Navy ship
We're told to stay inside and we'll be safe but Jennifer Poole was killed in her own home
10 rare Irish baby names not too many parents are using these days
Here's what bookies think Harry and Meghan will name their baby girl
Mother wants to exhume daughters body from her grave in Cork
Katie Holmes shares rare photo of daughter Suri to mark her 15th birthday
Maternity hospitals can now begin to ease visitor restrictions says HSE director
You may also like
1 day ago
Lidl to offer free period products to combat period poverty in Ireland
2 days ago
Feeling a little down? 3 quick and easy changes to get you out of a slump
6 days ago
1 in 5 of women with heavy periods will have an underlying bleeding disorder
6 days ago
Survey finds 79% of workplaces do not have adequate employee fertility supports in place
1 week ago
New Gynaecology unit at Rotunda Hospital to provide increased access to vital services
1 week ago
Study reveals women are more likely to suffer from chronic pain than men
Next Page