A BBC School Report survey shows 70% of 11-16 year olds have experienced one or more negative feelings in the last 12 months, ranging from feeling upset and unhappy to feeling anxious, frightened or unsafe.

The survey of more than 1,000 students was conducted by ComRes as part of BBC School Report’s annual News Day, which this year was themed around mental health and well-being in schools.

Half (50%) of those who said they had experienced negative feelings said they hadn’t asked for help, with a third (34%) of all 11-16 year olds questioned saying they would not feel confident enough to ask for help and support at school.

School Report works with 11-16 year olds, helping them to tell the stories that matter to them and giving them a chance to share their views on issues which affect their lives. More than 900 schools are involved in the project and pupils from at least ten schools in Northern Ireland are currently taking part.

Schools are reporting on a range of subjects but this year the project has focused on mental health to reflect the number of young people with stories to tell and share on the subject.

Head of School Report for BBC News, Sharon Stokes, says that the mental health and well-being of young people is a subject we regularly hear in the news from various sources,

"School Report gives a chance to young people to share their personal stories about their own experiences, and talk about what is helping them, or what could help them in school." 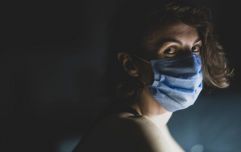 END_OF_DOCUMENT_TOKEN_TO_BE_REPLACED

A second ComRes survey, also commissioned by the broadcaster, surveyed teachers and found that 73% said they have found themselves often or occasionally worrying about a particular pupil’s wellbeing when they are away from school.

A third of teachers (34%) say they have received no formal training on how teenage development impacts on mental health and a quarter (23%) say they would not feel confident referring someone for mental health issues.


popular
Woman hands herself in after allegedly killing newborn and claiming she miscarried
"It will haunt me for the rest of my life": Mother and daughter die from Covid within days of each other
Denise Richards "saddened" by daughter's claims of "abusive household"
Halsey on not attending the Met Gala: "I got leaky hurty boobs, a bloody swollen uterus"
How to talk to your kids about divorce or break-ups
Opinion: All schools should have generic school uniforms
The Drugs Do Work: Antidepressants were the missing step on my road to happy
You may also like
1 week ago
Concerned about your child's mental health? This principal's words of wisdom will help
2 weeks ago
How to help anxious children settle in school, according to a child psychotherapist
3 weeks ago
JOMO replaced FOMO, but are FOGO and FONO our new post-pandemic problems?
3 weeks ago
The signs to look out for if you think someone has an eating disorder
3 weeks ago
HerFamily investigates: What mental health supports will our children have when they return to school?
4 weeks ago
Experts concerned about the impact maternity restrictions will have on mothers and families
Next Page