Got a toddler throwing tantrum after tantrum? An overly boisterous pre-schooler?

You might be surprised to find that the explanation for their behaviour does not necessarily come from a missed nap or too much screen-time, but rather, interestingly, from what is happening inside their tummies.

After examining stool samples from 77 children aged between 18 and 27 months, researchers at Ohio State University recently found that gut bacteria actually affects a toddler's temperament. And not only that, the more genetically diverse bacterial species in your tummy are also linked to curiosity, sociability, impulsivity, and — in boys — extroversion. Wow.

There is a lot of talk in the medical world these days about the importance of having a healthy gut, not only when it comes to your digestion, but more and more in regards to so many other areas of your overall health and well-being.

Researchers involved with the monumental Human Microbiome Project has indeed concluded that in terms of importance, few things beat gut bacteria. In fact, biologist believe that much of what makes us human depends on microbial activity.

"The two million unique bacterial genes found in each human microbiome can make the 23,000 genes in our cells seem paltry, almost negligible, by comparison," says Tom Insel, the director of the National Institute of Mental Health in the US. "‘We are, at least from the standpoint of DNA, more microbial than human. That’s a phenomenal insight and one that we have to take seriously when we think about human development.’’

Microbial activity essential to our health

According to a recent New York Times article, the microorganisms in your stomach not only digest food and fight disease, but also secrete mood-regulating chemicals like serotonin, dopamine, and gamma-aminobutyric acid or GABA. Which can explain why abnormalities in your gut's bacterial balance have been linked to anything from anxiety and depression, to several pediatric disorders, including autism and hyperactivity. 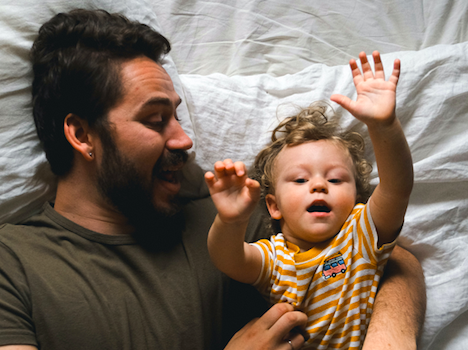 END_OF_DOCUMENT_TOKEN_TO_BE_REPLACED

"There is definitely communication between bacteria in the gut and the brain, but we don't know which one starts the conversation," says the Ohio study's co-author Dr. Michael Bailey. "Maybe kids who are more outgoing have fewer stress hormones impacting their gut than shy kids. Or maybe the bacteria are helping mitigate the production of stress hormones when the child encounters something new. It could be a combination of both."

This obviously raises the question of whether or not there is a dietary cure for crazy toddlers or moody tweens? And can actual illnesses be reversed if we eat probiotics to balance our insides too?

Scientists are positive, but aware that more research into the matter is needed.

"It is possible that effects of diet would emerge if we used a more detailed assessment," says Bailey's co-author, Dr. Lisa Christian. "It is certainly possible that the types or quantities of food that children with different temperaments choose to eat affect their microbiome."

Mind. Blown. Mind you; trying to treat a temper tantrum with powdered probiotics only probably seems a solution to people who have yet to have the pleasure of dealing with a toddler throwing a tantrum... But we will remain optimistic! And look after out guts!


popular
Concerns about increase in babies being born with drug-withdrawal symptoms
Foster mum who killed baby boy jailed for 18 years
Kate Moss responds to claims Johnny Depp pushed her down stairs
9 of the best outdoor family experiences in Ireland's Ancient East
Irish mum claims her children were almost abducted on holiday in Turkey
Death toll in Texas primary school shooting rises: 19 children and 2 teachers shot dead
Gardaí appealing for witnesses of serious road collision in Galway
You may also like
6 days ago
Hospital charges woman $40 for crying during consultation
1 week ago
Spain set to offer three-day ‘menstrual leave’ for women every month
2 weeks ago
Pregnancy: 10 Top Tips for keeping cool during pregnancy this summer
2 weeks ago
Is your toddler a bad sleeper? This easy hack is about to make life easier
3 weeks ago
"Ground-breaking" cancer treatment now available for children in Ireland
1 month ago
Rosacea awareness month: 3 skincare products many rosacea sufferers swear by
Next Page