Some counties woke up to snow this morning and we're not just talking small flakes that didn't stick. The place was covered.

The worse affected counties appear to have been Cork, Limerick, Clare and in the midlands around Portlaoise. The hashtag 'sneachta' has been trending all morning with people sharing images of their local towns covered in snow.

This back garden in Portlaoise, sent to us by Noelle, is just waiting for a snowman to be built. 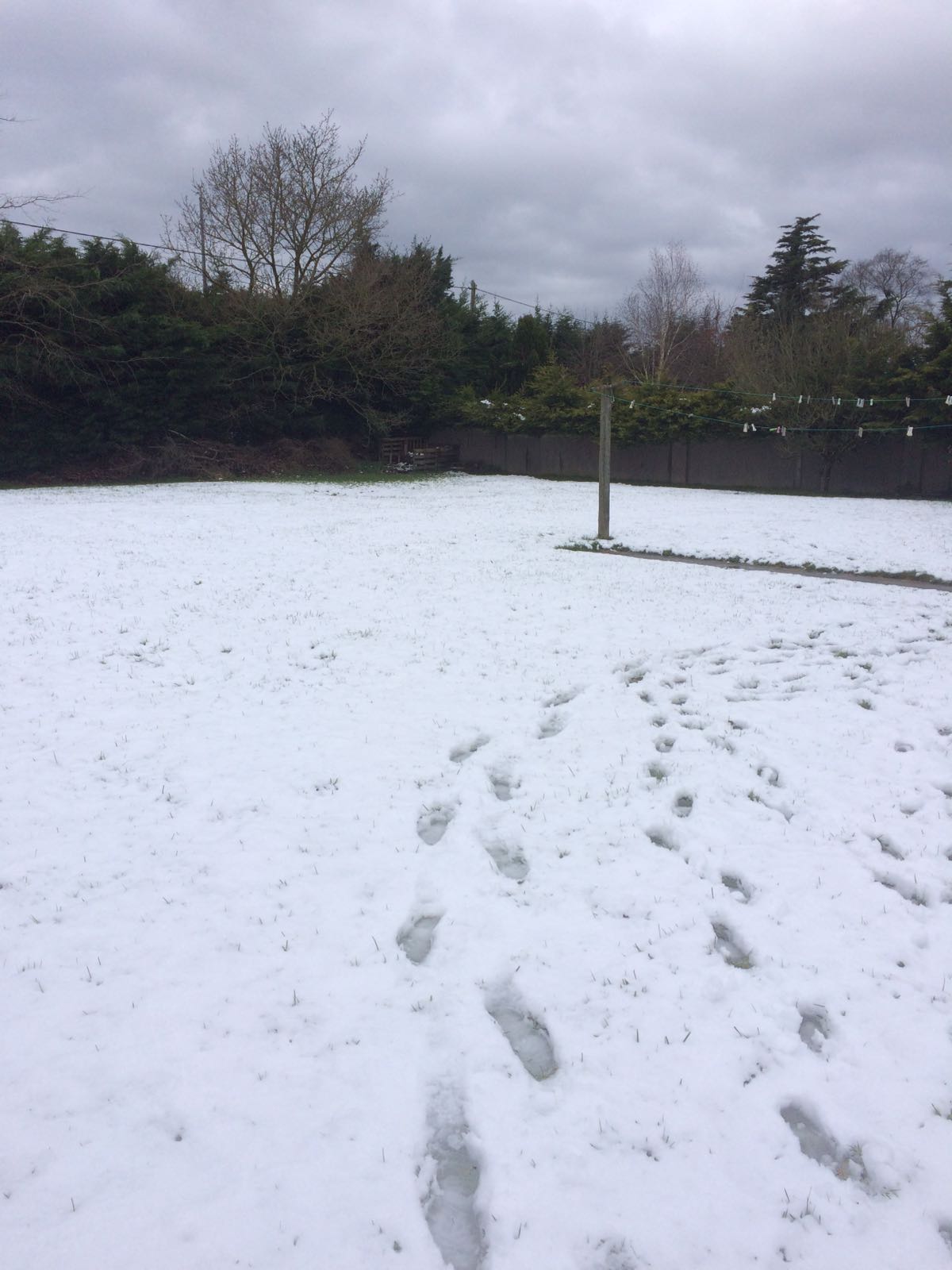 Here are some other photos from around the country.

Snowy scene. #sneachta it is in colour! #monochrome pic.twitter.com/Qm2VfaOsV8

And if you didn't get any snow at all - don't worry...it is on the way. Time to dig out those scarfs and hats again!

Show us your snowy snaps in the comments. We look forward to seeing them.

popular
Breaking is the haunting novel parents need to read this October
Coco Austin comes under fire for bathing daughter (6) in sink
Here's everything coming to Netflix this October
80% of Irish kids aged 13-17 have experienced sexual harassment
Lynn Egar will appear in court next week after being charged with murder of children
Mum fined for taking her daughter out of school to go on holiday
Riverdale actor Ryan Grantham charged with murder of his mother
You may also like
2 weeks ago
Status Yellow warning issued for three counties as rain and wind set to cause hazardous conditions
1 month ago
Met Éireann's great prediction as good weather to return from today
1 month ago
A mini heatwave could be coming our way in September
1 month ago
Met Éireann extends high temperature warning for Ireland this weekend
2 months ago
Fur real: Some tips on keeping your precious doggo safe in this heatwave
2 months ago
Irish heatwave: Warning issued to public over dangerous temperatures
Next Page