The survey found oldest siblings have a better chance of getting rich.

If you’re a parent to multiples, you probably already see huge differences between your children.

However, further down the line, your children’s earnings could be dictated by where they fall in the family.

New research has found that firstborns tend to be more clever and earn more money than their younger siblings.

The research conducted by the professor of economics at the University of Texas, Sandra E Black, has been ongoing since 2004 and found that eldest children tend to be all-around more successful and the reason why could be down to parents.

According to the research, parents are in ways “less invested” in their parenting after their first child. 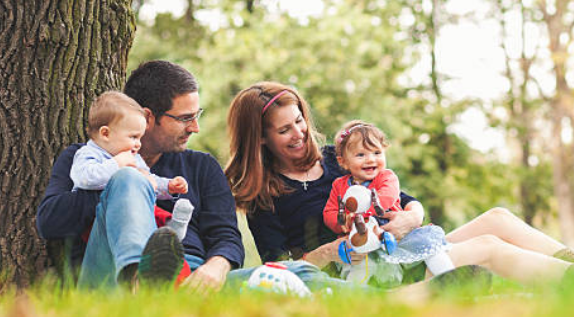 "We find some evidence that suggests that parents invest differently with earlier-born children,” she told Marketplace.

“We see that parents spend more time helping them with homework.

“The problem is, it’s hard to distinguish whether that’s the parents treating them differently, or the kids are different and the parents are just responding to it.”

However, this research isn’t conclusive as other research has been unable to prove the impact of the order in which you’re born has on us.


popular
Can you pronouce these 7 'unique' baby names? They're trickier than you think
Taoiseach Micheál Martin confirms Level 5 until April 5, with "three differences"
The Best Kid-Friendly Swaps For Popular Swear Words
The internet is loving Princess Eugenie's "very real" first baby pictures
Why saying 'good girl' or 'good boy' to kids is a big no-no
Pregnant pause: Pre-labour can last days, here's 9 tips to help you through
10 Marvel-inspired baby names that are perfect for your little superhero
You may also like
2 days ago
The internet is loving Princess Eugenie's "very real" first baby pictures
3 days ago
Dying for a foreign holiday? Karen Koster just shared a picture that might make you feel better
4 days ago
'I'm done': This mum's viral post nails how we are all feeling about homeschooling right now
1 week ago
The two most important words you need in your vocabulary when raising toddlers
1 week ago
Study finds dads' moods impact their children's long-term mental health
1 week ago
We love this mum's very simple hack for fixing tangled Barbie hair
Next Page