How to talk to your kids about divorce or break-ups

An expert weighs in on addressing the topic every parent dreads.

There are a number of topics parents dread having to address with their kids, but a separation or divorce has to be one of the worst.

Break-ups are already incredibly difficult on both parties, whether the couple is married or not. It's hard enough to get your own head around how you feel about closing the chapter of your relationship or about what your future may hold. Yet when kids are involved, you have another – or several other – sets of feelings to consider and worry about.

When you and your partner have made the decision that it's time to call it quits, the next step is figuring out how your new way of life will work around your children. "If you decide to break up you are still in a relationship together for life [when you have kids]," says relationship therapist Andrew Fitzpatrick of Access Counselling clinic. "As shared parents, the couple needs to respect each other, communicate their wants for the kids, and support one another for each other's own down time."

It's true: you may no longer be partners in a romantic or spousal sense, but you'll always be partners in a co-parenting sense. With time, there'll be discussions of custody, who drops who where and who gets the kids on what holidays. But the first and foremost thing to discuss post-breakup is how to inform your kids you're going your separate ways. 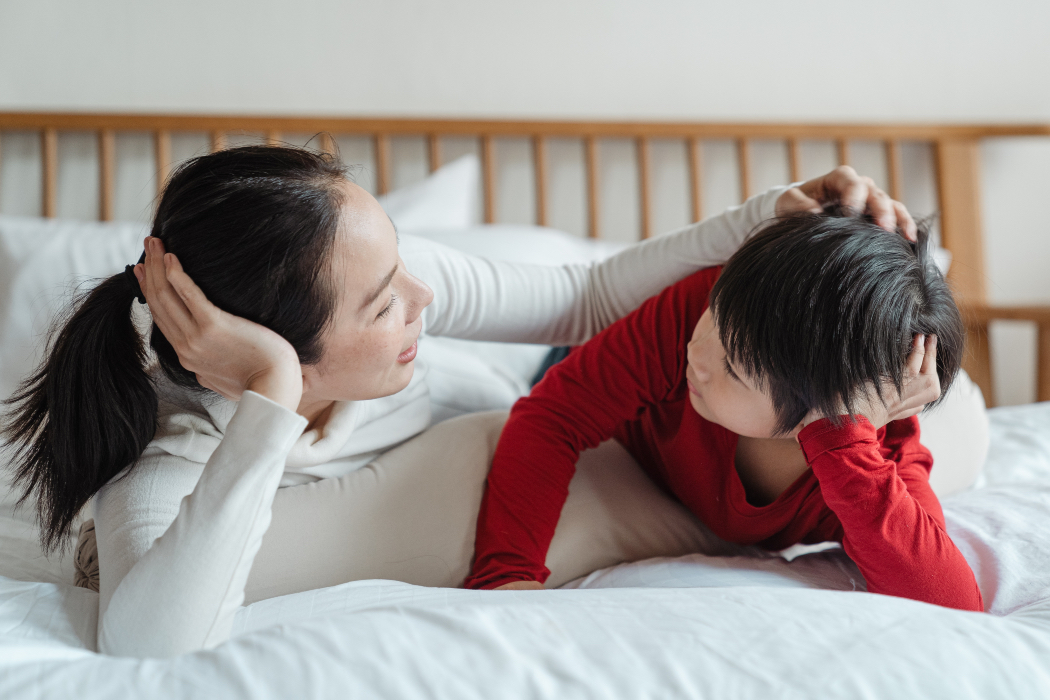 Before you decide what to say, you need to decide where to say it. Andrew cites the family home as the best place for the discussion as taking them out could ruin their hopes of a fun day. At home, they'll have the ultimate privacy to react how they need to react, they'll have the comfort of familiar surroundings, and you'll have their full attention.

It's important to bear the child's age and development in mind so that you know how to best communicate with them. There are a number of key developmental factors at play with each age group, as outlined by parenting writer John Hoffman, that could affect their understanding of or reaction to their parents splitting up, such as:

For this reason, it's important parents sit together and decide how to broach the subject based on the children's ages, maturity levels, and personalities. "It's most important the couple sit down together to decide what to say to them beforehand," Andrew continues. "If communication is difficult between the couple, make an appointment with a relationship therapist to sit as a mediator to help you come to agreements prior to telling the children. Or go to family counselling with the children if that’s more helpful." 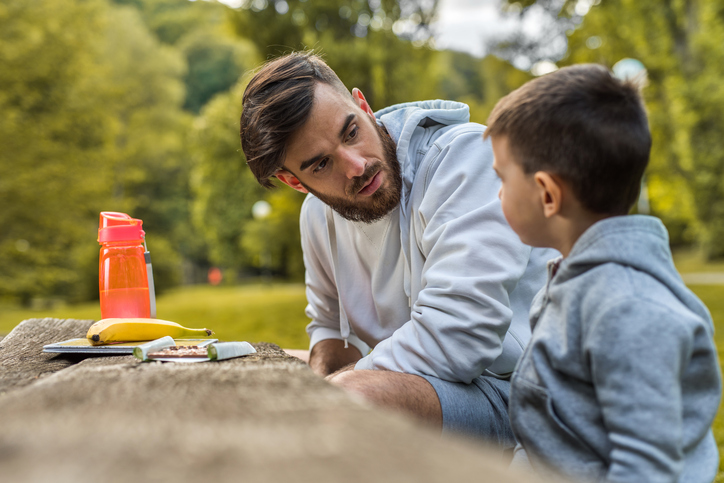 "Make sure not to blame either parent – even if you feel or believe [the breakup] is their fault, this is not the time to place blame. In fact, we should never talk the other parent down no matter how you feel about your ex partner."

Andrew says it's also important to blamelessly explain why the breakup is happening so kids have a greater understanding and know they can trust your honesty. He also says it's important to inform the kids of the new living situation, such as which of you will leave the home and who the kids will be living with on what days, to outline their new structure to them.

"Make sure the whole family is together for this conversation not each kid separately and give the children a chance to ask questions," he adds, as that way kids will have the support of each other. "The kids may cry or get angry, this is totally normal and it's good for them to be in touch with their emotions."