Going on holiday is stressful enough with your mother-in-law coming too.

Alright, alright, some mother-in-laws are absolutely grand, lots of fun, and generally a joy to be around - whether at home or abroad.

This one, however, is not.

One irritated mum has said that her in-laws are planning on coming on holidays with herself and her family... which would be totally fine if her mother-in-law wasn't planning on ruining the entire trip.

On Mumsnet, the anonymous mum wrote:

"So we told my MIL that we are going away and she has decided that she may want to come with us although she will be staying with a relative who lives in a small village near to our destination, so not joining us at the hotel.

"The problem is that she's already tried to get us to change our plans so that nearly every day that we are away we will be joining her and the relative instead." 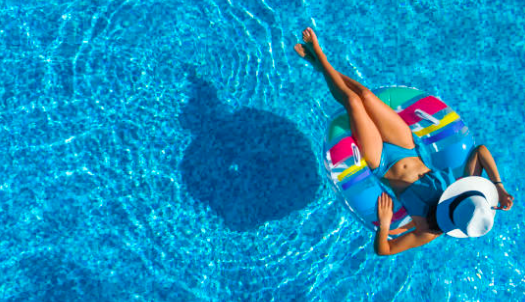 The mum went on:

"My in-laws are very controlling people and I know she will be ringing every day to ask us to come to where she is staying.

"She doesn't like to eat out, doesn't see the point in sitting on a beach, she hates when I wear clothes that show any skin (terrified of damage to skin from the sun and also thinks I dress inappropriately) so I'll have to cover up in the heat to make her shut up." 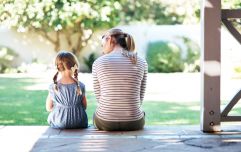 15 simple life skills that mums reckon all children should know

END_OF_DOCUMENT_TOKEN_TO_BE_REPLACED

Yeah, doesn't sound like the greatest experience in the world, does it?

The mum wanted to know if it would be rude of her to tell her in-laws that they couldn't come on holidays.

And people were very much of the opinion that it might cause a lot of hassle for her to do so... but that she needed to set some ground rules.

"That's not selfish, it's reasonable and sensible. I would hate this," said one person.

One other person said: "How rude of her to impose like this. Your husband is the one who needs to deal with her and lay down how things are going to be. Don't back down on this."

We'd be inclined to agree, to be honest.


popular
Six stillbirths linked to Covid-19 in Irish hospitals
New Gynaecology unit at Rotunda Hospital to provide increased access to vital services
Princess Charlotte doesn't have to bow to the Queen but Prince George does - here's why
Lidl's hanging egg chair is coming back to stores this month
Looking for pain relief for you and your children? We've got just the answer
These 5 Foods Could Increase Your Chances of Having Twins
20 Unisex Irish Baby Names That Are Absolutely Magical
You may also like
1 year ago
Mum stunned by her friend's 'unreasonable' reaction to her baby boy's name
1 year ago
Mum accused of 'abuse' for breastfeeding and co-sleeping with her baby son
1 year ago
Mum 'embarrassed' introducing newborn daughter to people due to her name
1 year ago
Bride-to-be debates quitting her job after boss refuses to give her time off for her own wedding
1 year ago
Mum fuming after niece gives her baby the same name as her own newborn
1 year ago
Mum furious after buying daughter a 'nearly new' uniform...that actually belongs to her
Next Page