To anyone struggling to get pregnant, trying to navigate the vast sea of information on what to do and try and eat and avoid can be overwhelming.

There is so much information, so many experts, so many words written, so much data to take in.

Esoecially when it comes to the common Polycystic Ovary Syndrome (PCOS), which is said to be one of the leading causes of infertility among women. The syndrome, which affects an estimated 20 percent of women, can make it difficult to fall pregnant as the hormonal imbalances it creates can prevent ovulation.

And while everyone and their fertility journey is different, one Manchester-based dietician claims she has helped more than 1,500 women who were struggling to start a family with the help of her slightly radical regime.

According to Norah Cozens, eating four times an hour could be the answer to infertility for millions of women.

Which, you know, is rather a step in the opposite direction than being told not to snack between meals for ultimate health and wellbeing. However, Cozens is pretty strict on what you should be eating and how much of it you should be consuming for ultimate fertility wellness.

After seeing countless patients at her weight loss clinic battling PCOS, the dietician felt there must be a more natural way to manage the condition, and set about researching and trialling out a variety of different diets to discover what might help.

And what she found, surprised Cozens.

“I found that by eating healthy, nutritious meals and regular mini snacks, women could boost metabolism and lose weight,” she says.“This helped balance hormones and regulate periods, so they could get pregnant naturally."

The theory is that every time you chew a piece of food your metabolic rate starts up ready to digest it. And what this does, is that it keeps your metabolic rate revved up for about 14 minutes, during which time it quickly burns off the tiny number of calories in the mini snack and then, needing more energy to fuel it, turns to your fat stores and starts burning them off. 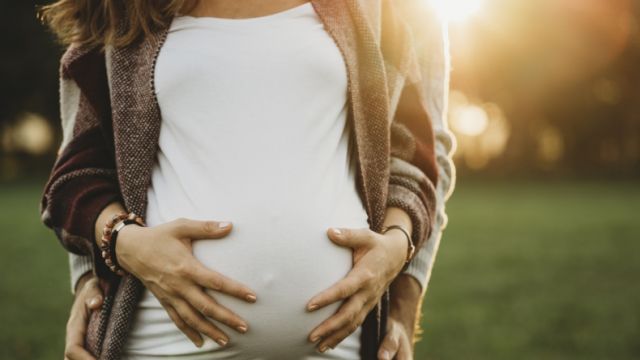 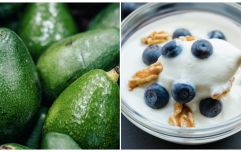 END_OF_DOCUMENT_TOKEN_TO_BE_REPLACED

Most women with PCOS are resistant to insulin – the hormone made in the pancreas that allows the body to use sugar in food as energy – so they produce more to compensate. And according to Cozens, excess insulin leads to a sluggish metabolism, making weight gain easy, weight loss harder and triggers “carbohydrate sensitivity” which causes cravings for sugary and starchy carbs.

What this also does, is increase levels of the male hormone testosterone, causing the telltale symptoms of acne, excess hair and irregular periods.

To counter this, says Cozens, PCOS sufferers need a diet low in the sugary, white carbs which cause spikes in insulin and rich in good quality protein which helps stabilise blood sugar.

In addition, eating plenty of fibre-packed fruit and vegetables has been linked in studies to a reduction in insulin resistance.

But according to the expert, the real secret to success is not just what you eat, but eating little and often – very often.

“Having a tiny nibble every 15 minutes means your metabolism is rebooted four times an hour, so you’re continuously burning fat,” explains Cozens. “The weight begins to drop off.”

As your weight falls, testosterone reduces and hormones begin to rebalance, regulating periods.


popular
Parent's Benefit Leave extended from today - here's what you need to know
I tried 'slow parenting' for a year and I'm never going back
6 fun things to do in Dublin on your next family day out
Children wearing wrong-sized shoes and pyjamas in daytime as parents cut costs
Ireland's first Lego store in Dublin announce that it will be opening next month
"You're disgusting": Prince William roars at photographer who was 'stalking' his family
Lidl announces warehouse clearance sales with 80% off
You may also like
1 week ago
We are more likely to get sunburnt in Ireland than on holidays abroad – this is why
1 week ago
International Yoga Day: 7 incredible benefits kids can get from doing yoga
1 month ago
Happiness diet: Seven foods to boost your mood and make you feel better
1 month ago
30 simple steps to simplify, de-stress, and organise your home, mind and life
1 month ago
Feeling anxious or overwhelmed? This simple trick will help in seconds
1 month ago
According to science, if men want more sex, they should do the dishes
Next Page