"We are backsliding, we are on the wrong track."

Four European countries have lost their measles-free status, according to the World Health Organisation (WHO).

Albania, Greece, the Czech Republic, and the UK are no longer considered to have eradicated measles as the disease has returned to the nations.

Measles is a vaccine preventable illness that can cause coughing, fever, and rashes. It can also be fatal in cases.

BBC News reports that WHO's Kate O'Brien said that the countries who have lost their eradication status each have "extremely high" vaccination coverage.

Countries are declared to be measles-free when there is no endemic transmission over a 12 month period. 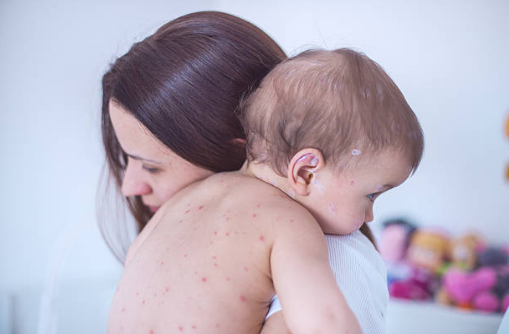 "We are backsliding, we are on the wrong track," said O'Brien.

"This is the alarm bell that is ringing around the world: being able to achieve high national coverage is not enough, it has to be achieved in every community, and every family for every child.

END_OF_DOCUMENT_TOKEN_TO_BE_REPLACED

"We have a worrying trend that all regions are experiencing an increase in measles except for the region of the Americas, which has seen a small decline."

She also said that WHO sees widely circulated myths about vaccines to be a "threat" to public safety.

Measles is most common among children aged between one and four years old, although anyone who has not been vaccinated against measles can catch it.


popular
No, you’re crying! An Irish mother reunited with her child as she returns from Navy ship
We're told to stay inside and we'll be safe but Jennifer Poole was killed in her own home
10 rare Irish baby names not too many parents are using these days
Mother wants to exhume daughters body from her grave in Cork
Here's what bookies think Harry and Meghan will name their baby girl
Maternity hospitals can now begin to ease visitor restrictions says HSE director
Katie Holmes shares rare photo of daughter Suri to mark her 15th birthday
You may also like
22 hours ago
Maternity hospitals can now begin to ease visitor restrictions says HSE director
1 day ago
Man charged with the murder of 24-year-old mother Jennifer Poole
3 days ago
Tayto Park announces virtual school tours so 'children won't miss out'
5 days ago
Conor McGregor just told his little boy to punch another child in the mouth
5 days ago
The royals have just revealed a never-seen-before family photo – and it's adorable
6 days ago
Help keep your children safe online with this new Irish resource
Next Page