Mum's story of being body shamed while shopping is heartbreaking

Charli Stevens was in her local shop when she was approached by a woman in her 50s.

According to a Facebook post shared by Charli, the woman said: "I think your clothes are a little too small on you."

Prior to this, Charli said that the woman had been staring at her.

Clearly confused and assuming that she had misheard, she asked the woman what she said.

"She said, 'well no offence but you’re just a bit big to wear those type of clothes.' Instant tears. I didn’t know what to say.

"Usually, I’m so quick to lash out at rude people and I’m never shy when it comes down to speaking my mind. But I froze. Froze and cried."

The woman then said: “I’m not trying to be mean but maybe just reconsider your outfit before leaving your house from now on.”

Charli, who was with her five-month-old at the time, walked out of the shop, sat in her car, and cried.

The mum-of-two then went on to question why a stranger would say something so harsh to somebody else.

"How are people so rude? It’s no secret that I’ve gained weight throughout life. I’ve birthed two kids so it’s bound to happen.

"Do I realize I’m overweight? Yes. Do I want to be smaller? Yes. But am I okay with the way I look? Yes!!

"But people have got to start being nice. Having common sense. Being respectful.

"This lady knew nothing about me. I had my 5-month-old son in the cart and I am SO thankful my 4-year-old wasn’t with me to witness what happened." 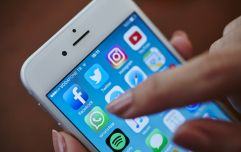 END_OF_DOCUMENT_TOKEN_TO_BE_REPLACED

Charli went on to ask that people simply have respect for others and that they do not make comments without knowing what somebody is going through.

She finished her post by saying that she wasn't writing for sympathy, but so her children don't grow up thinking that that kind of behaviour is okay.

Her post was well received with many saying that the mum-of-two looks great and that the 50-year-old woman has "an ugly heart."


popular
Toddler dies after falling from balcony in New York
Rachel Stevens announces split from husband of 13 years
My teenage step daughter just told me she is pregnant, what do I do?
Multiple people killed in Denmark shopping mall shooting
I tried 'slow parenting' for a year and I'm never going back
The most natural thing in the world? You've got to be f***ing kidding me
Mum gets mixed reaction to photo of her drinking beer while breastfeeding
You may also like
7 months ago
Mum shares important warning after almost losing her newborn to a kiss
8 months ago
WhatsApp to stop working on over 50 phone models
9 months ago
'Instagram Kids' halted amid backlash and mental health concerns from damning report
1 year ago
Andrew McGinley shuts down Conor's Clips Facebook page due to "trolls"
1 year ago
I Do! This date in December is the day you are most likely to get proposed to
1 year ago
Research finds membership in home-schooling groups doubled during Covid
Next Page