Reports say Jay-Z and Beyonce have named their twins

It's fair to say that Beyoncé's pregnancy has dominated celebrity headlines in recent times and at the weekend, it was announced that she welcomed twins.

Of course, the Beyhive was delighted to hear that the twins had arrived but people were also eager to know the gender of the babies and their names.

According to reports today, Beyoncé and Jay-Z have welcomed a boy and a girl, named Shawn and Bea.

Now bear in mind that there isn't any official confirmation as of yet but if it is true, the couple decided to opt for traditional names, rather than outlandish monikers, which is actually rather refreshing. 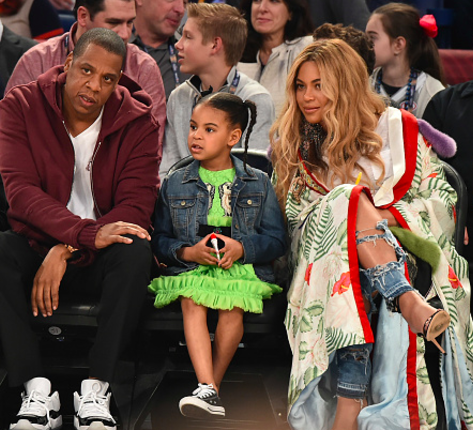 Little Shawn is named after his father, Jay-Z, and Bea, which is often used as a nickname for Beatrice, is a nod to her mum.

If you were hoping for crazy names altogether, you might be disappointed but it's nice they're keeping it real.

Originally reported by Media Takeout, the baby name news has been picked up by a number of American news outlets although again, there's no official word from the celebrity couple themselves.

"They had twins, the boy’s name is Shawn after his dad, and the girl’s name is Bea – after their parents".


popular
6 fun things to do in Dublin on your next family day out
"No co-sleeping at all" – new safe sleeping guidelines for babies states
Mum gets mixed reaction to photo of her drinking beer while breastfeeding
Expert says Cocomelon acts "as a drug" to kids' brains
Gardaí concerned for welfare of missing 35-year-old woman
Shows like Bluey and Peppa Pig are actually bad for kids, expert warns
4 ways to fix hard slime with ingredients you probably already have at home
You may also like
1 year ago
Beyoncé and Michelle Williams watched Kelly Rowland give birth via Zoom!
2 years ago
Beyoncé gives 'zero f*cks' about her weight fluctuating after giving birth and it's so refreshing
2 years ago
Beyoncé's dad Mathew Knowles reveals breast cancer diagnosis
2 years ago
Beyoncé's nickname for Meghan Markle is actually just perfect
2 years ago
This picture of Meghan Markle hugging Beyoncé will honestly make your day
3 years ago
Beyoncé opens up about her 'extremely difficult' pregnancy with her twins
Next Page