Look, we can all agree that when it comes to babies, fed is best. But there is also no denying that breast milk is the absolute most amazing thing you can feed them.

Why? Because it is tailor-made for human infants, and designed to give them the very best and safest start in life.

Victoria Greene, a first-year biosciences student at South Devon College in the U.K., recently put breast milk from the mother of a 15-month-old and a 3-year-old into Petri dishes and exposed the milk to the harmful bacteria M. Luteus.

Greene then posted a photo of the experiment on Facebook which showed space between the bacteria and the breast milk, almost like a wall keeping the bacteria from getting too close to milk. The biosciences student said she used the experiment as a way to showcase that breastmilk's antimicrobial properties may persist well beyond the age many end breastfeeding.

“The white spots in the middle are discs soaked in two samples of breastmilk,” she said. “See the clear bit around the discs? That's where the proteins in the milk have inhibited the bacteria…It also worked with E. coli and had a fairly good go at MRSA too.” 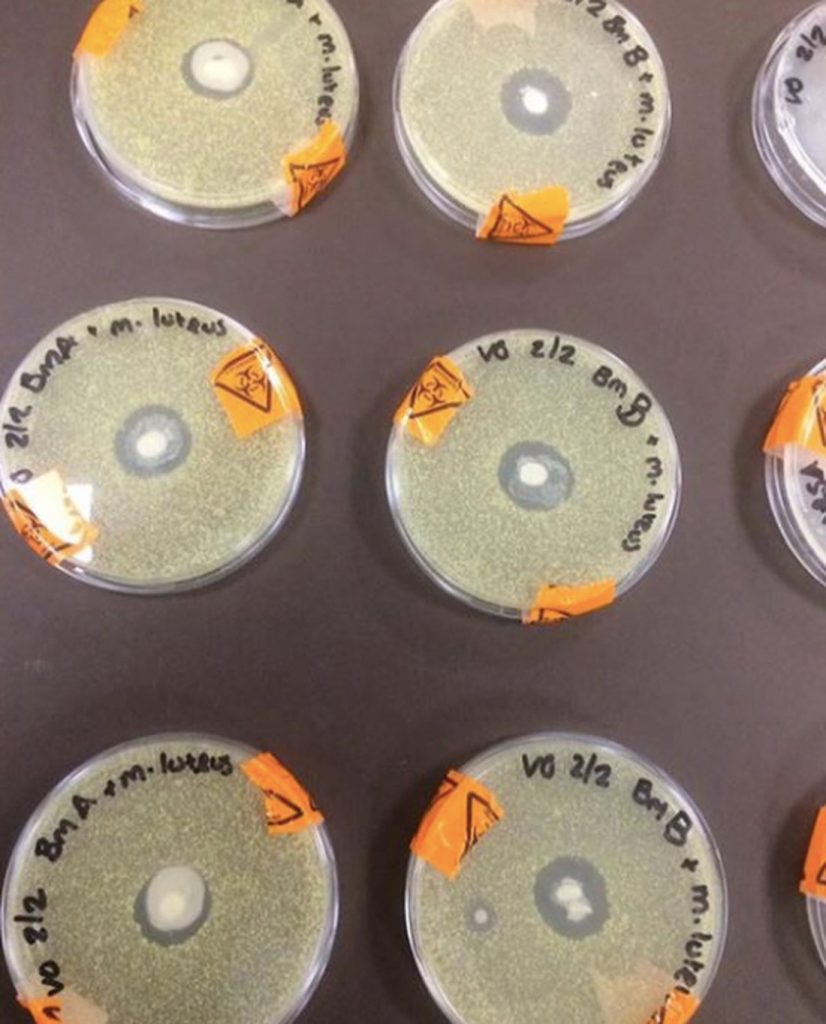 Greene, who is the mother of three children, spoke to the Huffington Post about her experiment and admits she is still breastfeeding her 3-year-old.

“I have been on the wrong end of judgment about my breastfeeding choices, and I’m fed up of it," she told the Huffington Post. 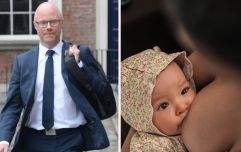 END_OF_DOCUMENT_TOKEN_TO_BE_REPLACED

Speaking to USA Today on the project above, Rebecca Starck an OB/GYN at the Cleveland Clinic, explains:

"It's phenomenal to recognize this is a natural product...We try to mimic breast milk with formula, but there is no way to recreate what breast milk can provide the infant," Starck said pointing to breast milk's antibacterial characteristics.

As adults, we kind of take it for granted that our bodies are immune to many harmful bacteria. But it is easy to forget that our immune systems as adults have been years in the making. Newborn babies haven't yet built up their own immunity to viruses and bacteria, and rely on so their mother's immunity, which is passed on via breast milk.

This process is known as passive immunity, and the longer babies are breastfed, the longer their passive immunity continues. Other benefits of breast milk that we know of are: protection from infections, reduced risk of diarrhoea and vomiting, sudden infant death syndrome (SIDS), childhood leukaemia, obesity and cardiovascular disease in adulthood.

Note that passive immunity is only temporary, which is why the WHO and medical professionals advise vaccines should be given from about two months old.


popular
Safety expert warns against leaving kids’ bedroom doors ajar at night
2-year-old boy hospitalised after swallowing 16 magnets from a toy
Why this year’s school report cards should just say ‘you did your best’
As of today, every hospital in Ireland will have the same rules for partners attending maternity services
Are you a “petty feminist b*tch” if you don’t take your partner’s second name?
Meghan was right to say Archie "won't be a prince" under Prince Charles
Newborn needs 13 stitches on her face after being "sliced" during emergency C-section
You may also like
5 days ago
Working mum: Rugby player applauded for breastfeeding her daughter at side of pitch
1 week ago
Baby girl hilariously confused by dad's inability to breastfeed
2 weeks ago
Mother kicked off bus in the UK for refusing to stop breastfeeding her daughter
1 month ago
This woman uses her best friend's breast milk as a face mask
1 month ago
Breastfeeding: The amazing tip my midwife gave me on how to clear a clogged milk duct
1 month ago
Pumping: 5 tried-and-tested tips to make it that little bit more pleasant
Next Page