While Your Child Was Sleeping, Childcare Volunteers Took Calls From Thousands Of Other Children

While the majority of us can sink into our sofas at night knowing that our children are safe, snug and asleep in their beds, the volunteers working the late night shifts at Childline know all too well that this is not the case for all children in this country.

Darren is 13. He has contacted Childline on a number of occasions, always about the same thing – there are eight boys in his year that keep calling him names. They push him, shove him and, sometimes, he is scared to leave school because they have threatened to beat him up.

Tonight, Darren explains that this has been going on since he started secondary school. On his second day there, the boys pushed him off his bike, and he cut his leg. He told his parents that it was an accident.

Darren likes to talk to the Childline volunteers late at night, as he finds it hard to sleep because he is worried about what might happen in school the next day. He explains that he feels scared, lonely and sometimes feels sick because of what is happening.

The Childline volunteers listened to Darren and gave him the opportunity to talk through his fears about what was happening. They outlined some of the options available to Darren, but he explained he was too scared to tell an adult in case the bullies hurt him and he didn’t want to be called a ‘rat.’ He also spoke about his fear that his friends and the adults in his life would think he was a ‘wimp’ who couldn’t stand up for himself.

Childline spent time initially building up trust with Darren, reassuring him that this was not his fault, and that the adults in his life have a role to play and a responsibility to keep him safe.

After several conversations, Darren finally decided to tell his parents about the bullying and asked for their support in informing the school. 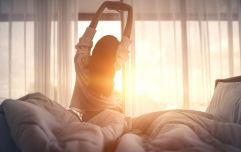 Can't sleep? Here are 3 top tips for getting a better night's rest

END_OF_DOCUMENT_TOKEN_TO_BE_REPLACED

A few days later, Darren called to say thank you – he had told his parents and was delighted that he did, he felt supported and loved and was happy that his school was taking this bullying seriously. And within a couple of weeks Daren contacted Childline again to let us know that the bullying had stopped and that he was doing really well. He was back in school full time and said that his only regret was that he didn’t contact the service sooner.

*Names and details of this story have been changed slightly to protect the identity of the caller.

There is today just over 400 volunteers working for the Childline service, but more are needed. YOU can help by getting involved and hosting your very own Cheerios Childline Breakfast event to raise both funds and awareness for this very important charity.

Sign up for Cheerios Childline Breakfast here or to donate €4 just text RISE To 50300 .

You may also like
1 month ago
Everything you need to know about gestational diabetes
1 month ago
3 essential tips and tricks for keeping nappy rash at bay
2 months ago
5 exciting family trips for the Bank Holiday weekend
2 months ago
QUIZ: How well do you know your local wildlife? Answer these questions to find out!
3 months ago
New Year, New Room: 5 ways to update your home in 2022
3 months ago
3 helpful tips for treating and preventing head lice at home
Next Page