Anything for clicks, likes and social media fame?

Or simply misinformed, young and desperate to fit in with the times?

A friend of mine who works as a school counsellor and occupational therapist, recently told me that nearly all the teenagers she deals with these days, tell her they suffer from anxiety.

The problem, she says, is that among teens, it has almost become 'trendy' to be able to label yourself as someone who suffers from anxiety, and this gives them an 'in' on social media, being able to discuss their struggles and bond with others who are in the same boat.

"What is interesting," my friend said, "is that many of these kids have never really been told that it is perfectly normal to have a bad day or feel anxious – without it meaning you are suffering from anxiety."

"Most of us will feel anxious ahead of a test, or a first date, or even a sporting competition. But this does not mean you suffer from anxiety. And I feel like young people are not being told this enough."

The problem? This social media self-diagnosing doesn't stop at anxiety.

Do you have the tendency to push people away? Do the smallest things make you implode? Do you constantly feel like you need to change your self-image? Do you always need reassurance?

Well, according to a popular post on TikTok, these aren't just personality traits – but essentially mean you actually have an undiagnosed borderline personality disorder (BPD).

@jasminealexius My transitions suck but for real being diagnosed was the best thing for me??? #bpd #thetraumatribe #borderlinepersonalitydisorder ♬ tbtrack - Maylene

In case you haven't come across it yet, the reality is that TikTok – and to a lesser extent, Instagram – is flooded with thousands and thousands of posts like the above one, essentially encouraging teens and young adults to self-diagnose their psychological wellbeing. They're everywhere. And they're racking up *billions* of views.

A lot of these videos involve teenage girls and young women posting about their numerous symptoms, how they manage them, and 'handy and helpful' tips on how to "self-diagnose" your own mental conditions.

Sounds a lot of conditions that in reality are not all that common? I know.

In fact, according to Mamamia, many psychologists are reporting a new wave of young people coming to see them, claiming to suffer from rare personality disorders such as borderline personality disorder, bipolar disorder and schizophrenia — the kind of conditions that aren't usually prevalent in this age group. 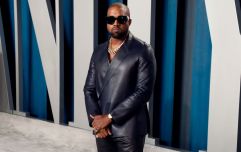 END_OF_DOCUMENT_TOKEN_TO_BE_REPLACED

And what do they all have in common? Yup – TikTok.

Mental health content is trendy right now – and you better believe the teens and youngsters are picking up on it – and realising posting content relating to this will help their algorithm and visibility on the social media platform.

"The first danger is that followers can take advice from a less-than-credible resource," Sokarno tells Mamamia.

"While some of these influencers might pertain to have knowledge and experience in the area of mental health, most of the time it is anecdotal or personal experience (which really doesn’t put anyone in a position to give advice responsibly)."

"Any mental health diagnosis needs to come from a credible resource, for example, a psychiatrist or psychologist."

While mental health concerns around the world are quite common, Sokarno said what’s not as common is our understanding of the various mental illnesses.

"Mental health is one of those topics that can be very nuanced because there is a sliding scale or degrees of how someone could be affected (which is also further affected by varying levels of behaviour). There is a reason mental health experts spend years and years of study and research in their fields – it’s complicated! It’s not something you can learn about just from personal experience or from social media."

"There’s also a danger it could lend itself to a sort of self-fulfilling prophecy. Most of us have had a medical ailment in the past where we’ve Googled and suddenly, we’re going down a rabbit hole and self-diagnosing with an array of illnesses. It’s the same with social media – we can very easily lead ourselves to a confirmed diagnosis (but mental health is just too complex, subjective and layered to do that)."

popular
Love Actually star reveals incredibly emotional behind-the-scenes story
Shows like Bluey and Peppa Pig are actually bad for kids, expert warns
4 ways to fix hard slime with ingredients you probably already have at home
Is your child obsessed with a particular toy or topic? Turns out you should be encouraging it
What is chroming? Mum issues warning after daughter dies from dangerous trend
Remember Pugsly Addams? His real-life little sister is a HUGE star
Woman shocked after spotting her dead husband in promo video for restaurant
You may also like
3 days ago
Andrew McGinley honours his children on their third anniversary
2 months ago
"The stigma does exist": Elaine Crowley on the struggle to speak out about mental health
2 months ago
Pamela Joyce reveals she's suffered from depression and anxiety for years
3 months ago
PJ Gallagher reveals he spent 11 weeks in St Patrick’s Mental Hospital
3 months ago
Primary school kids to be offered in-school counselling
4 months ago
Why teenagers need to learn about gratitude therapy in school
Next Page