After three children were reported to have gagged on tiny beads when the rattle burst, Toys R Us have issued a voluntary recall on close to 800,000 Kids II Oball rattles.

According to the report, 42 complaints were issued about the rattles in the US, prompting the major toy retailer to pull 700,000 rattles from shelves in the US, as well recall close to 81,000 rattles sold in the UK.

Toys R Us wrote on their U.S. site:

'The clear plastic disc on the outside of the ball can break, releasing small beads, posing a choking hazard to young children. The firm has received 42 reports of the plastic disc breaking releasing small beads including two reports of beads found in children’s mouths and three reports of gagging. Consumers should immediately take these recalled rattles away from young children and contact the firm to receive a full refund." 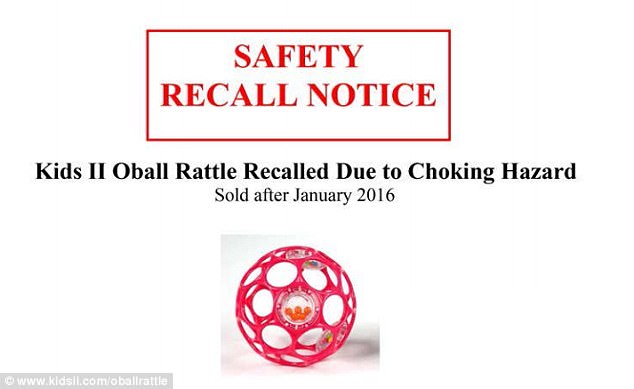 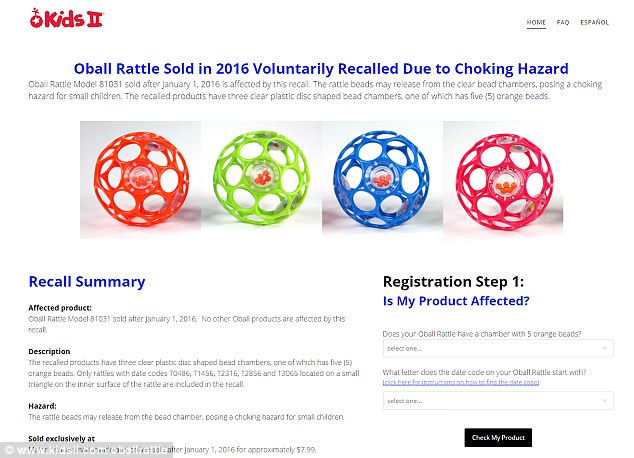 popular
Vogue Williams slams man who refused to swap seats with her on plane
A mini heatwave could be coming our way in September
Mum issues warning to parents over frightening Cocomelon video
Here's how you can get "free money" from Revolut
Gardaí are seeking the public’s assistance in tracing the whereabouts of 13-year-old
Toddler tries running away from home – because Cocomelon was turned off
Level 5: 10 really cool colouring pages to print and colour in from Pinterest
You may also like
1 week ago
Experts finally find the cause of rare hepatitis strain infecting children
2 weeks ago
Bottle-fed babies are ingesting 'millions' of microplastic particles daily, study finds
1 month ago
Why babies really cry on planes – and what you can do that actually helps
1 month ago
Summer safety: Here is why you should NEVER drape a blanket over your child's stroller
1 month ago
Did you know mould could be lurking inside your child's sippy cup? Here's how to check
1 month ago
International Yoga Day: 7 incredible benefits kids can get from doing yoga
Next Page