When it comes to kids and tech, I am one of those super-strict mums who believe in the utter importance of letting my children have a childhood where technology is not the main event their lives revolve around.

Meaning, there will still be YEARS before my 9-year-old gets her own phone – becauseI firmly believe there is no reason for a 9-year-old (or 10, 11 or even 12-year-old) to have a smart phone. None. We have an iPad, and it has a couple of kids' games on it, but it is usually only charged for flights or if we are going somewhere very boring where I'll need some entertainment for them. We don't have any game consoles, and I am sure the day will come when they might ask for one, but as of yet, they are far more interested in going to the park or playground, and I love that so much.

I am forever happy that the mums in my eldest child's class are very much on the same page as me when it comes to at what age children should be getting their own phones, and as none of the girls in my daughter's class have phones yet, this is just a non issue in our house at the moment. But I know the day will come, all I know is that it will be a while still.

Trying to find a safe and healthy balance when it comes to kids and tech is an issue pretty much all parents face these days, and we all got our reasons I assume for laying down the rules the way we do.

Recently Madonna, who is a mother of six (yes, really), spoke about how it affected her relationship with her eldest children when she got them mobile phones.

“I made a mistake when I gave my older children phones when they were 13,” the singer explained to Vogue in a recent interview, revealing that it felt like she lost a link to her children after giving them mobile phones at a relatively young age, to the extent that she has prevented her 13-year-old son from having one.

“It ended my relationship with [my children], really. Not completely, but it became a very, very big part of their lives. They became too inundated with imagery and started to compare themselves to other people, and that’s really bad for self-growth.”

Let's be real when it comes to kids and phones: Considering how many hours a day this budding human brain will spend staring at that screen, it's worth putting serious thought into what age is appropriate to get a mobile device. 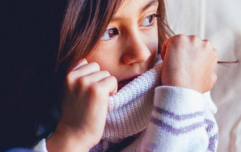 END_OF_DOCUMENT_TOKEN_TO_BE_REPLACED

For instance, Bill Gates says none of his children were given mobile phones until they were 14, an age he deemed this safe for them to have.

“You’re always looking at how it can be used in a great way – homework and staying in touch with friends – and also where it has gotten to excess, Gates explained to The Mirror.

“We don’t have cellphones at the table when we are having a meal, we didn’t give our kids cellphones until they were 14 and they complained other kids got them earlier.”

Where is YOUR stance on this, parents? At what age did your children get their own phones? And does it still feel like the right age today, or do you wish you had waited? Let us know in the comments.
popular
Andrew McGinley honours his children on their third anniversary
Infant boy dies in tragic accident in West Cork
Expert says Cocomelon acts "as a drug" to kids' brains
No plans to abolish homework, says Minister Foley
Mum who lost baby after home birth claims maternity hospital failed to share medical details
Irish woman accuses Conor McGregor of kicking her in the stomach on his yacht
Parents are banning grandparents from changing nappies to 'protect baby's privacy'
You may also like
6 days ago
Influencers slated for sharing dangerous advice on contraception
1 week ago
Food regulator chief compares harm of bringing cake into offices to passive smoking
1 month ago
How to support a loved one with an eating disorder this Christmas
1 month ago
HSE advises children with cough or sore throat and fever to stay home
2 months ago
Watching Christmas movies is good for your health- here's how
2 months ago
83% of women call for time-off policies for severe period symptoms
Next Page