Four years after it's release, Frozen is still one of Disney's most popular and relevant films - especially for Kristen Bell.

The actress, who voiced Princess Anna in the film, decided to let her daughter pick the Halloween costumes this year.

And, of course, she picked one of Disney's most popular characters...it's just probably not the one her mum would've preferred. 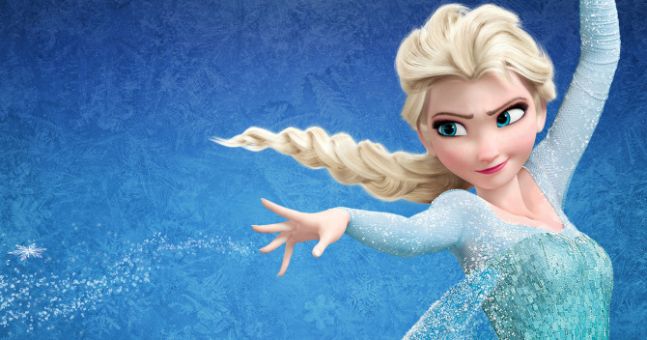 Her daughter, Lincoln, ended up picking Queen Elsa instead of Princess Anna - and wanted her to go as the same.

The Veronica Mars star shared a picture of her Halloween ensemble on social media, with a very enthusiastic expression.

And in a nod to her new series The Good Place, she captioned the photo:

“When your daughter demands you BOTH be ELSA for Halloween...you GRIN AND FORKING BEAR IT. #halloween”

During the recent premiere of A Bad Mom's Christmas, the actress admitted that despite her best efforts, her daughters aren't too keen on Anna.

She explained to USA Today:

"Despite how hard I tried, we’re not an Anna family.

"Anytime the word Halloween comes up she wants to put on her Elsa dress and her gloves.

"The gloves are a very big deal.”

popular
Breaking is the haunting novel parents need to read this October
Coco Austin comes under fire for bathing daughter (6) in sink
Here's everything coming to Netflix this October
5 not-to-be-missed events and activities for kids taking place in Dublin this autumn
Smyths issues warning to parents ahead of Christmas
80% of Irish kids aged 13-17 have experienced sexual harassment
Lynn Egar will appear in court next week after being charged with murder of children
You may also like
2 days ago
TV presenter praises royal children – and claims most parents today are raising 'spoiled brats'
5 days ago
By age 8, children should pack their own lunches – and here is why it matters
1 week ago
Positive parenting: 5 signs you are doing a great job as a parent
1 week ago
Some things definitely 'not' to do if you've been up all night with the baby
1 week ago
The Terrible Twos: One mum's advice on coping with this big parenting milestone
2 weeks ago
I am a tween mum now – and here is what I have learned so far
Next Page