How would it feel if you had no legal rights whatsoever to your biological children?

Introducing, The Mothership; Ireland's first parenting panel show, brought to you by HerFamily.

Over the coming weeks, we'll be bringing the issues that matter most to Irish familes to the table.

On this week's episode we're asking, how would it feel if you had no legal rights to your biological children? This is the position many Irish families find themselves in due to the current lack of appropriate legislation for surrogacy and donor assisted conception, also known as AHR (Assisted Human Reproduction) in Irish law.

Vitally, the children in these families are left vulnerable in a number of ways, simply because of the date or location of their birth, or the way in which they were conceived.

On the first episode of The Mothership, we're joined by Ranae von Meding from Equality for Children, Cathy Wheatley from Irish Families Through Surrogacy and fellow activist and father of two, Brendan Spratt.

These panelists have been tirelessly campaigning for equality for families and children, a fight that's been going on for more than 20 years, but they're also parents whose families are affected by the issue, in different ways. Today, we hear their stories.

Huge thanks  also to Rosanna Davison who kindly joined us in adding her voice to the campaign:

How can you help? 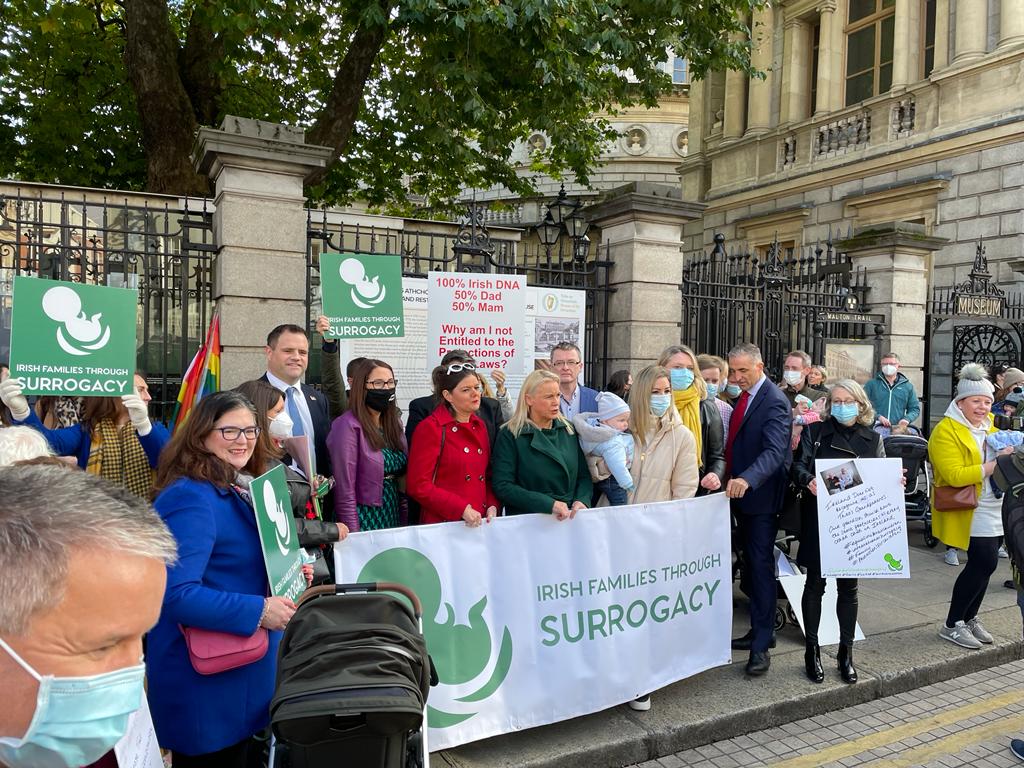 If you think you can help, or you're affected by the issues covered you can get in touch here:


popular
State fails in appeal to jail man for assaulting his four-month-old daughter
Parents of UK teen kidnapped & left paralysed by boyfriend furious at "lenient" sentence
Expert says Cocomelon acts "as a drug" to kids' brains
Jason Momoa says he's "so proud" of stepdaughter Zoë Kravitz after Lisa Bonet split
No definitive plans to lift remaining maternity restrictions in Irish hospitals
Crystal Swing's Dervla calls for more supports for children with autism
Lynsey Bennett says that her bowel tumour has "grown again"
You may also like
23 hours ago
Irish people expecting babies via surrogate in Ukraine urge to contact Dept. of Foreign Affairs
6 days ago
Nick Jonas and Priyanka Chopra welcome their first child
2 weeks ago
Surrogate who had 13 babies for other people accidentally gave away her own son
1 month ago
Rosanna Davison says she felt "survivor guilt" after pregnancy loss
1 month ago
UK's first gay dads are set to welcome triplets after spending 1 million on IVF
2 months ago
Couple welcome baby girl via overseas surrogate only to abandon her
Next Page