Men who go to bed earlier have better sperm says study (and off to bed he goes!)

Time to go to bed.

Currently trying for a baby? Well, then you might think about sending your partner off to bed right about now.

Why? Because according to a brand new study from Aarhus University in Denmark, men who go to bed early could have better sperm compared to those who sleep late.

In fact, what the researchers found was that men who hit the hay before 10.30pm were up to four times more likely to have good quality sperm than men who stay up later.

And sure look, we have heard time and time again how important enough sleep is, and these Danish researchers just proved it again – getting eight hours a night does wonders for our health – including sperm quality. And believe it our not, there was even a significant difference in sperm quality in men who slept for eight hours over men who slept for just seven hours a night.

According to  The Independent, the study looked at sleep patterns of around 100 male volunteers who were attending fertility clinics in Denmark, 48 of whom had healthy sperm and 56 with low-quality sperm.

The findings were resented earlier this year at the annual conference of the European Society of Human Reproduction and Embryology (ESHRE) in Vienna, and co-author of the study, Prof. Hans Ingerslev, explained that sleep-deprived men suffer more stress which could have an impact on their fertility. 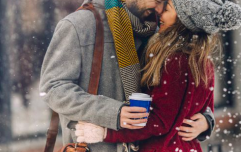 END_OF_DOCUMENT_TOKEN_TO_BE_REPLACED

“Sleep plays a key role in moderating hormones and stress levels that can affect fertility. These were men who had been trying to have a baby for about two years and an early bedtime was likely to be important because it allowed them to get more sleep.”

So there you have it, guys.

Stop checking your emails last thing at night and staying up watching Netflix in a bid to get more sleep.


popular
Tom Cruise slated for "inappropriate" behaviour around Kate Middleton
2 children hospitalised amid US baby formula shortage
Warning issued to dog owners about the "big stretch"
Ryanair passenger refuses to swap seats with mum and baby- was she wrong?
'Exclusionary' and 'elitist' – time to end allocations of school places for family connections
Teenager dies after hole he digged on the beach collapses
Musings: 1 in 7 couples prefer sleeping in separate beds and I agree with them
You may also like
23 hours ago
Apparently, dads spend 7 hours a year in the bathroom – hiding from their families
1 week ago
’Substantial’ number of new mothers experience anxiety, depression and stress
2 weeks ago
Children spend a quarter of their time in class just daydreaming, new research shows
3 weeks ago
Turns out, kids with "helicopter parents" are more likely to suffer from anxiety
1 month ago
81% of parents support their kids’ dreams of becoming an influencer
1 month ago
Children allowed screen time in the morning more likely to suffer disturbed behaviour
Next Page