We've got the popcorn and the microphone ready to go.

We think it's safe to say that the night of the Late Late Toy Show is one of the country's favourite nights of the year. It starts the proper countdown to Christmas, it introduces us to some of the best young Irish talent, and it just provides a whole lot of craic.

Yes, a fabulous night all 'round. Which is why RTÉ has decided to bring us a little but of the Late Late Toy Show magic to July.

For obvious reasons, we can't have a whole Toy Show right now (crowds would be pretty unavoidable) so RTÉ One is doing the next best thing - they are creating a collab of all of the best opening numbers from past Toy Shows and will be playing those for all of us to enjoy this July 19 (Sunday) at 18:30.

Just think - the whole family will get to re-experience the magic of Ryan Turbridy in his many opening act costumes, including Sebastian from The Little Mermaid or Olaf from Frozen or Bert from Mary Poppins. Such good costumes... 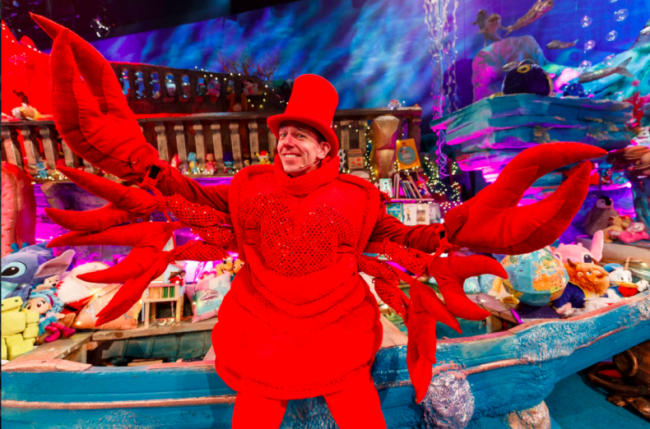 RTÉ  thought up this idea to give back to the kids around of the country who have been making sacrifices and missing their friends during the lockdown and we thing it's just perfect. Ryan Tubridy will also be revealing his favourite opening sequence of all time and we're already having fun guessing which one it is.

The opening acts will be accompanied by on-screen lyrics so this is seriously a proper singalong that everyone can join in with.

Speaking about the singalong, Ryan said:

"Given how crazy it has been in the last few months, and how the rain seems to be winning the battle against the sun for summer skies of late, we thought it was time to brighten up the TV and have a look back at The Late Late Toy Show of yesteryear.

"I hope that all the children, who are tall and small, who are young and old, can sit back, get the popcorn out on Sunday, July 19, sing along, laugh, and enjoy."

It's karaoke time, everyone!

popular
It looks like Ireland could get a white Christmas this December
Today FM's Paula MacSweeney welcomes baby boy
Has Molly Mae Hague accidentally revealed her baby's gender?
These baby girl names were used only five times last year
Inbetweeners co-stars Joe Thomas and Hannah Tointon welcome their first child
Here are the baby name trends set to dominate 2023
Kelly Osbourne responds to backlash over deciding not to breastfeed
You may also like
4 days ago
Here's your first look at Netflix's YOU season 4
2 weeks ago
The trailer for Mila Kunis' new Netflix movie is here and it looks amazing
3 weeks ago
Peppa Pig adds first female same-sex couple
4 weeks ago
Gemma Owen reportedly set to star in show about footballers' daughters
1 month ago
What we know so far about Lindsay Lohan's Irish film
2 months ago
Everything we know about the Love Island reunion
Next Page