Carol Vorderman says she suffered a "deep depression" during menopause

"I’d never felt anxious before in my life."

Carol Vorderman has opened up about the "deep depression" she felt during the early stages of menopause, and the "suicidal" thoughts that came along with it.

Speaking on This Morning, the 61-year-old was a guest on the "Menopause Bus" segment as it stopped off in Cardiff.

Aiming to raise awareness of different symptoms women experience during menopause, the segment wanted to help women open up about their own methods to manage it as well as get expert advice.

Carol appeared to share her own struggles when it came to menopause, saying she experienced "depression" during it.

Carol explained that she began getting signs of menopause in her early 50s, but noticed it wasn't the "traditional" signs.

She told Dr. Philippa: "I started getting anxious, I’d never felt anxious before in my life.

"I started feeling anxious, even about what sort of trousers I was going to wear, was I going to have a tea or a coffee? 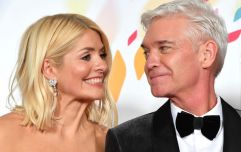 END_OF_DOCUMENT_TOKEN_TO_BE_REPLACED

"I felt suicidal at times, for many months."

Beginning to keep track of her periods on her phone, she got the help she needed to get back on track.

She continued: "That helped me analyse that. I started on a bespoke HRT (hormone replacement therapy) and within 48 hours, literally within two days, I felt back to normal.

"I have never had a symptom since. It is wonderful."

Martin Frizell, This Morning Editor, previously spoke about the campaign the show has set out, saying: "This Morning takes great pride in what support and advice we offer to our viewers and for this bus to not only raise awareness on its travels it will be helping so many with the advice it can offer across the nation too.

"I’m hugely proud of the team involved and thankful to Boots for supporting this important campaign too."

popular
Childcare fees to be reduced by up to €170 per month
Budget 2023: Parents will not have to pay for primary school books from next year
Coronation Street star Lucy Fallon pregnant after miscarriage heartache
Riverdale actor Ryan Grantham charged with murder of his mother
Smyths issues warning to parents ahead of Christmas
5 not-to-be-missed events and activities for kids taking place in Dublin this autumn
5 reasons having a son is the best (even if you were hoping for a girl)
You may also like
2 weeks ago
This Morning goes full Black Mirror by offering to pay energy bills as prizes
10 months ago
Eamonn Holmes quits This Morning after 15 years
1 year ago
Emotional scenes as This Morning competition winner says she has months to live
1 year ago
Holly Willoughby reveals she feared for her children during early pandemic
1 year ago
Holly Willoughby suffers back injury live on This Morning
1 year ago
This Morning interview with Graham Norton goes disastrously wrong
Next Page