The attack occurred in Tralee on Sunday night.

A woman in her 20s has been stabbed five times in a horror attack in Co. Kerry.

The woman was rushed to hospital following the attack but is believed to be in a stable condition.

The attack took place in the Ballymena area of Tralee on Sunday, August 7th at around 11pm.

According to reports, the woman was stabbed twice in the neck and three times in the back.

Following the attack, she was rushed from the scene in Ballymena to the hospital on Sunday night.

She is currently being treated for her injuries at University Hospital Kerry.

Doctors confirmed that she is in a stable condition following the stabbing.

Two men have been arrested in connection with the attack. They are currently in Garda custody.

Both men are being held under Section 4 of the Criminal Justice Act 1984. 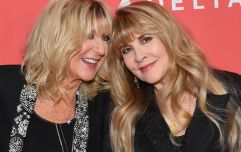 END_OF_DOCUMENT_TOKEN_TO_BE_REPLACED

Gardaí have launched an investigation into the attack.

They told The Irish Mirror, "Her injuries are not believed to be life-threatening."

A technical examination of the scene is currently taking place.

They're also urging any witnesses to come forward.

Anyone who may have witnessed or has information about the stabbing should contact Gardaí in Tralee on 066 - 7102300.

Witnesses can also contact the Garda Confidential Line on 1800 666 111 or any other Garda station.

We're keeping the young woman in our thoughts during this time.

popular
People are realising what the red Christmas lights are actually for
Parents told to stop buying selection boxes for kids- here's why
This Netflix Christmas film is being dubbed the perfect rom-com
Woman gives birth to baby boy and girl less than 12 months apart
Samantha Womack reveals she is now cancer-free
Having an Elf on the Shelf can actually be bad for your kids
"My heart sank": Tubridy hit with backlash over Toy Show remark
You may also like
3 weeks ago
Teenage girl tragically killed in Letterkenny car accident
2 months ago
5-year-old boy dies after being hit by van in Co. Derry
2 months ago
Girl found injured in Co. Clare house is in critical condition
2 months ago
Breaking: Female child found with severe injuries in Co. Clare
2 months ago
Wolf Hall author Hilary Mantel dies suddenly at the age of 70
2 months ago
Man (20s) killed after being struck by a train in Co. Meath
Next Page